It’s nearly impossible to miss the life-size mural of Organic Valley dairy farmers Melissa and Andy Collman on the front of the historic creamery building along Route 99 W in McMinnville, Oregon. After a devastating fire wiped out most of the 25,000-square-foot creamery in April, the mural remains, along with the hopeful greeting: Bringing the Good!

“We were so proud to be pictured on the building when it first opened in 2017 and were saddened by the fire and the terrible loss for all of us,” said Melissa Collman, a fourth-generation dairy farmer in Boring, Oregon. “Organic Valley has always supported its small, organic family farms, and we are confident that the creamery will be rebuilt better than ever.” 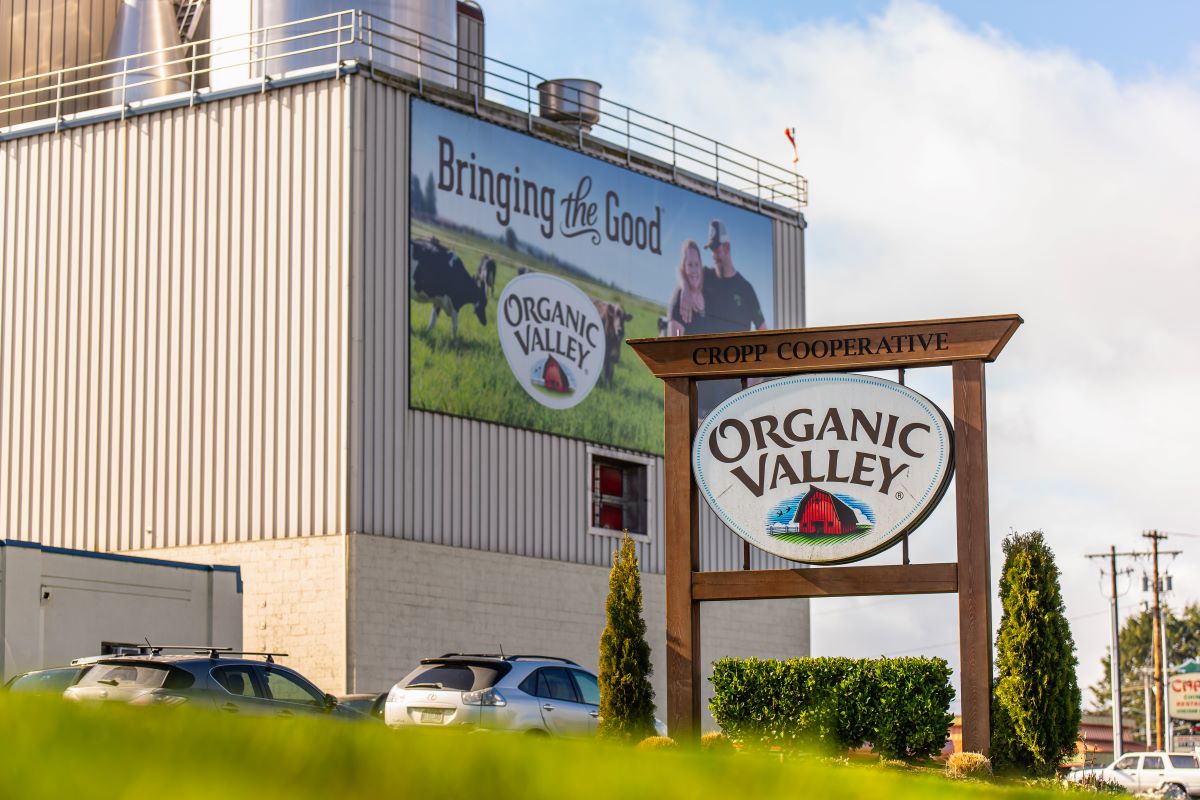 A banner features the Collmans on the McMinnville Creamery.

Fortunately, thanks to the heroic work of first responders, some of the building’s critical assets survived, including storage tanks, a milk dryer, and butter churn.

MAC Plant Manager Scott Fields has been overseeing the rebuilding efforts during the past year and is optimistic that the new facility will be even more efficient and use fewer natural resources.

“We have the opportunity to rebuild from the ground up and incorporate new energy-efficient technologies,” Fields said. “We will begin producing nonfat dry milk powder later this spring and accepting loads of milk.”

The next phase of the rebuild is under design review.

“Organic Valley’s decision to rebuild in McMinnville is good news for the city, local jobs, and residents,” McMinnville Mayor Scott Hill said. “The creamery offers family-wage jobs, supports small family farmers, and has a sense of community. And we can boast that it’s the largest organic creamery this side of the Mississippi River.”

“Having MAC in the center of the region creates security and stability for our highly skilled western farmers,” he said. “This opportunity to upgrade the equipment, along with our talented workforce, will produce world-class dairy products." 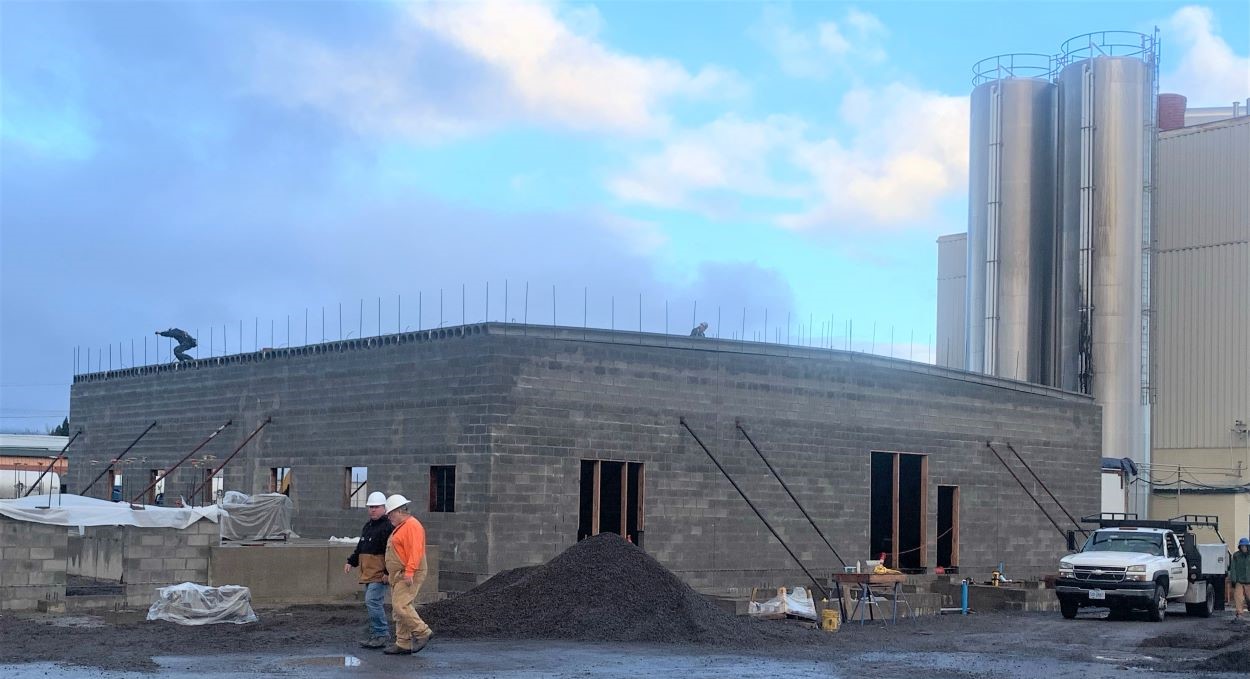 Roots in the Community

Butter production has been central to the McMinnville community since 1909 when Farmer’s Cooperative Creamery first opened. Organic Valley continued the tradition when it purchased the shuttered historic creamery in 2016, renovating the facility with state-of-the-art technology and continuing the long-standing effort to sustain a regional food system that celebrates locally sourced food.

“The entire local community came together to help us during and after the fire,” Fields said. “Not only did the McMinnville Fire Department save some of our infrastructure, but their effort and skill made it easier for us to eventually rebuild.”

Organic Valley also received support from Business Oregon, the McMinnville Economic Development Partnership, and the city of McMinnville Planning Department. Other dairy outlets in the region helped to ensure that milk was picked up from our local farms and the food supply chain was not disrupted.

“We’re so grateful to be building back stronger and to be able to offer a living-wage job to members of the community,” Fields said. “Many of our former employees are eager to return to their jobs as we begin the rebuild efforts.”

Organic Valley can trace its roots back to the farm crisis of the late 1980s when a group of organic farmers formed a cooperative to help provide a stable pay price to farmers by growing quality food. Organic Valley continues to be owned by our farmers (now nearly 1,700) and driven by the mission to support and sustain small, organic dairy farms. Read more about our co-op at Cooperatives: Working Toward a Common Goal. 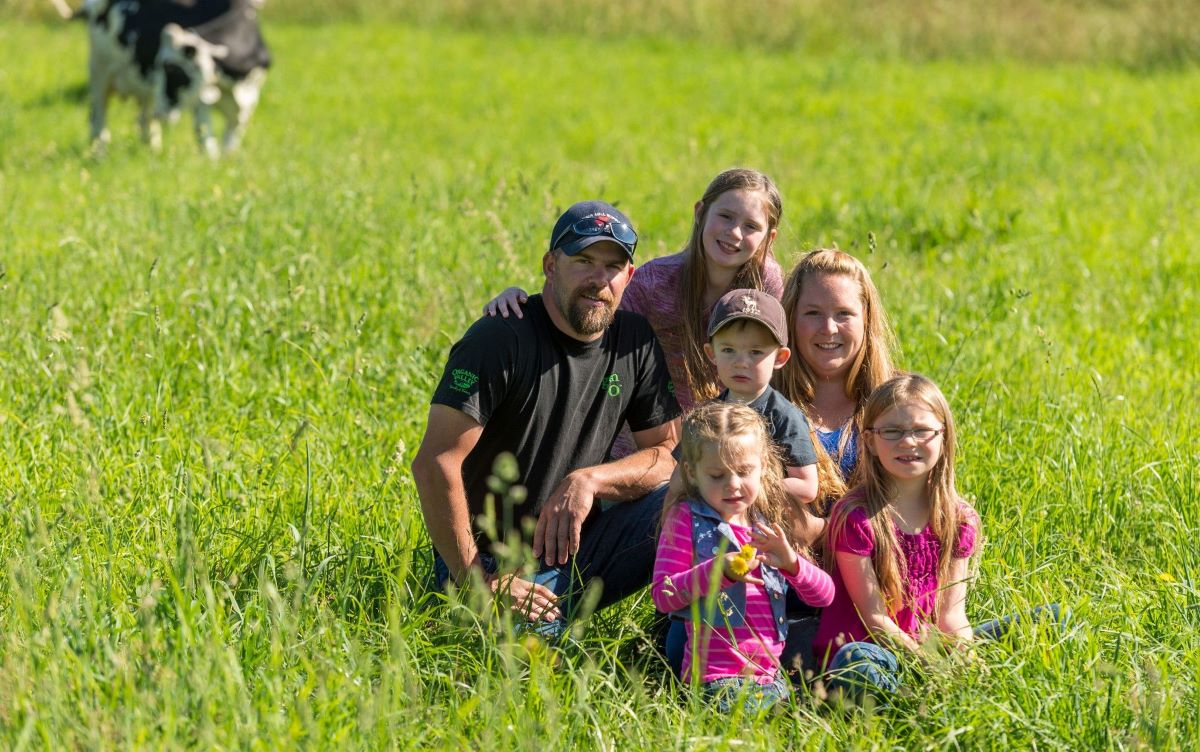 The Collman family is shown on their organic farm.

“Rebuilding the MAC creamery could very well be what keeps small family farms like ours able to keep operating in this region,” Melissa Collman said. “It will ensure we have a place to send our milk and keep our product local while giving people in our community the economic opportunity for a good-paying job.”