The Klaphakes feel like they really got it right by going organic.

When Neal Klaphake’s father started out on his Minnesota farm back in 1949, he only had a few cows and no bull. So every time a cow was ready for breeding, he would put a halter on her and walk her two miles down the road to his father’s farm where a bull was in residence.

Neal’s dad was a hard-working guy, and Neal takes after him to a T. The Klaphakes have worked harder still to improve the farm Neal’s dad started, including transitioning to organic back in 2003 and getting their 75 Holsteins out of the barn and onto the pastures. Neal is always trying out ways to improve the nutrition of his pastures to benefit the animals, which translates to high-quality milk. Members of the USDA came to visit their farm in 2015 to see firsthand how an organic grazing operation works.

The financial benefits of going organic were great, but there were plenty of reasons aside from that to make the change.

“We were always looking for a way to handle weed control that was more natural, so we wouldn’t have to spray chemicals on our land,” Karen says. “Then we started trying more natural treatments for our cows. We didn’t expect them to work, but they did. Neal really loves those cows. It’s much easier when you’ve got healthy cows to work with. We brought that mindset into our lives, too. I grew up on a farm where we made or grew as much of our food as possible. It’s the kind of value system that fits organic.

“When Neal started talking about going organic, I didn’t even know what it was! But the more we learned, the more it made sense. Everything about farming this way makes sense. It’s a win-win situation.”

It’s a winning proposition for Neal and Karen’s kids, too. Their oldest son, Nick, is the next generation of Organic Valley farmer. Nick and his wife, Hope, operate their own organic dairy just down the road with their three kids. Karen chuckles, “When Nick was in high school, he always helped out with chores but he hated getting up early. But that changed once he had his own place. He is totally motivated.”

And there are more coming into the fold. Twin daughters Carlee and Crystal help on the farm a lot, and Carlee’s boyfriend has the bug, too. Youngest son Josh already has plans to take over the home farm when his parents retire, so thank goodness daughters Samantha and Apryl have their own careers off-farm. Still, coming home for good food is high on their agendas.

Karen says, “It’s wonderful that our kids are so into organic. We really feel like we got it right!” 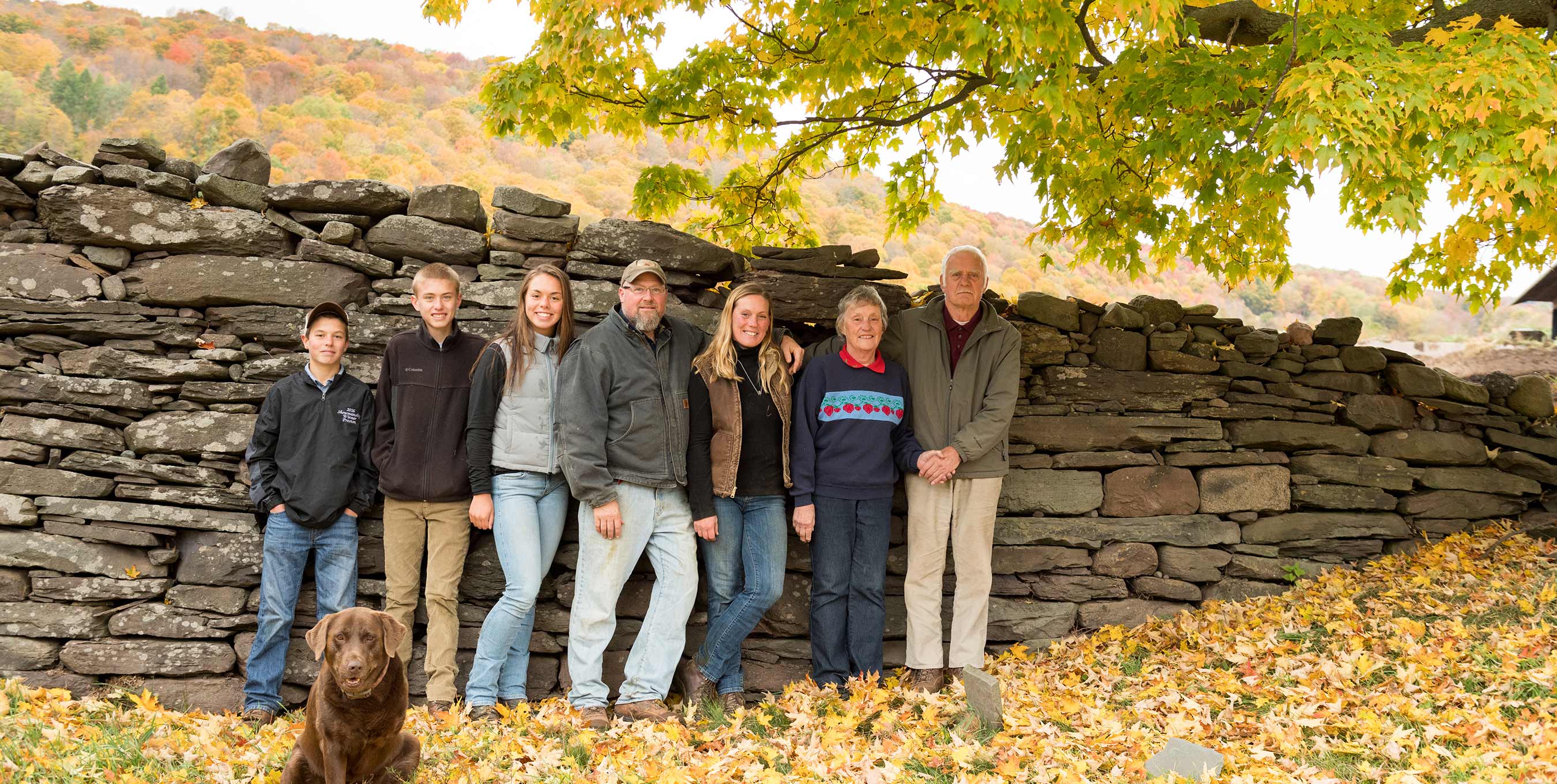