From the city to the farm.

For the Hardys, organic farming is all about the next generation.

That’s Susan Hardy, and she and her husband Dave are an example of what happens when a family chooses to live deliberately. The Hardys are also proof that living a mission-driven life will attract like-minded people—and for Dave and Susan, that’s how they plan to create a legacy.

Susan speaks in the distinctive accent of her native Massachusetts. Born and raised outside Boston, she did not come from a farming family—when she and Dave first started here back in 1992, Susan says she “didn’t know a tomato plant from a weed.”

Dave Hardy, on the other hand, did know tomatoes from weeds. After college, Dave had a stint of managing other people’s farms. When he and Susan got married, they decided to start their own operation just south of the Mohawk River.

“People need to understand that food doesn’t just appear in the grocery store,” Dave says. And after he and Susan bought this farm, they put their belief into practice, working with New York City public schools to give inner-city kids a taste of country life. But his most successful pupil might be his son, Aaron.

The Hardys have three boys—Aaron, Calvin and Isaac. Referring to their cows, Susan jokes, “I have three sons and 70 daughters,” and you can hear the wry humor in her voice.vThe fact is that there weren’t many women on this farm until Aaron came home from college.

Aaron met his wife, Sarah, when they were both studying animal science at Cornell. The daughter of shepherds, Sarah has been an award-winning farmer since her days in 4-H, and she credits the Hardys for convincing her of the merits of organic.

“[Dave and Susan] will want to retire at some point,” Sarah says of her in-laws. “When they’re ready for that, we hope to take over the farm and continue that and farm for the rest of our lives. Hopefully, someday we’ll have kids who want to farm as well.”

For Dave, that’s vindication for a lifetime spent living deliberately. “Bonding is essential to living on a dairy farm. As a family, we share the wondrous moments we’re blessed with.”

For Susan, it’s proof that living on an organic dairy farm is rewarding not only for her and Dave, but also for the next generations.

“We all love having an office in the great outdoors,” she says. “It’s a fulfilling lifestyle in infinite ways.” 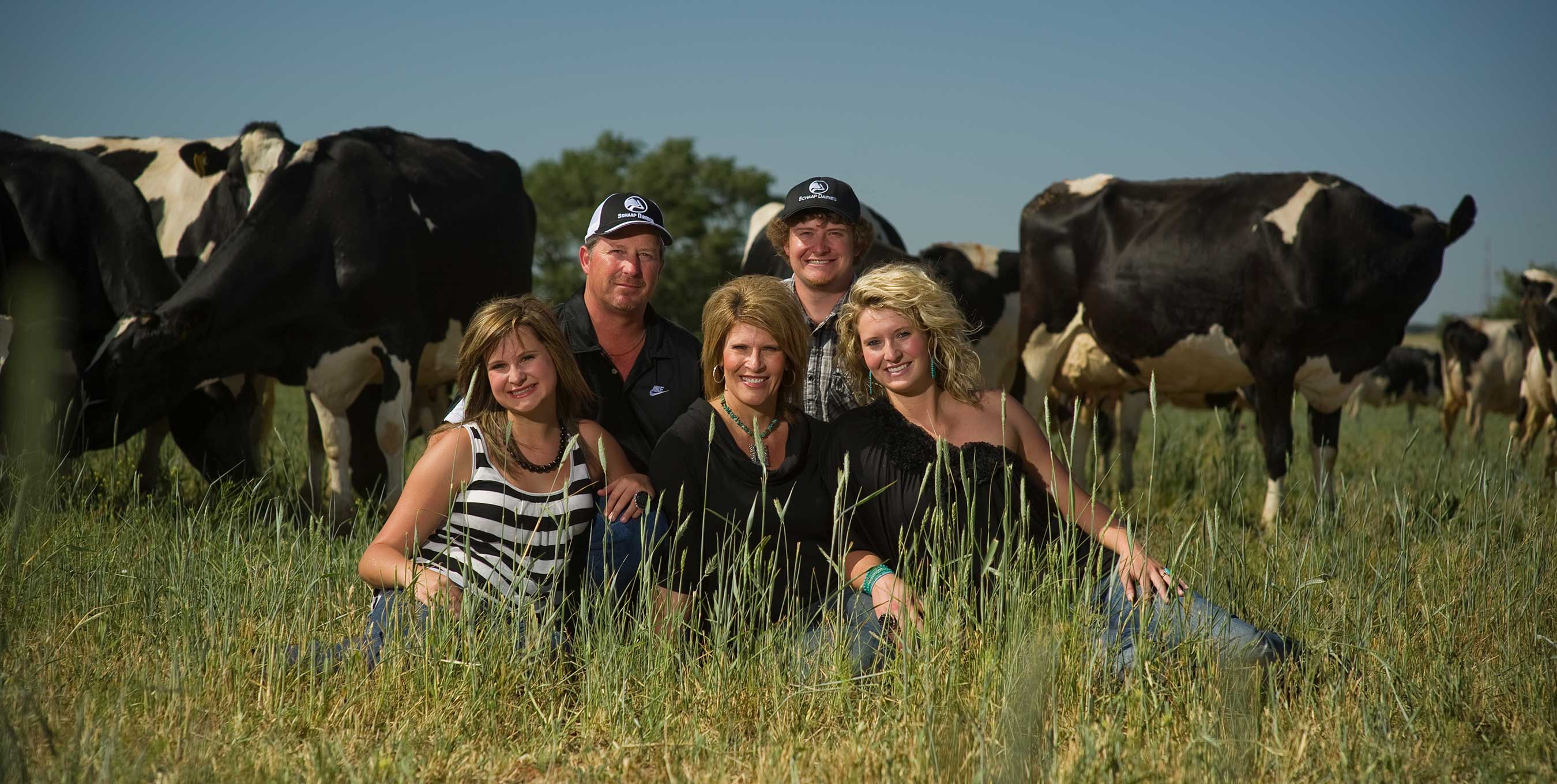