For more than 80 years, the Thurber family has found new ways to welcome the next generation onto the farm.

“You spend so much time in farming looking ahead, we thought it might be nice to look back.”

This is Ross Thurber’s farm now. He was born and raised here. So was his dad. Ross’ own kids are growing up here, too. It’s an idyllic stretch of southern Vermont, nearly 600 acres of rolling woodlands and pastures just west of Brattleboro, and even in a co-op full of family farms, the Thurbers’ story is unique.

Ross’s grandfather, Stuart, started the family’s legacy in 1937. “The place was overgrown,” Ross says. “There were even dishes in from the previous owners when my grandparents first arrived at the farm.” With some hard work, Stuart managed to carve out 75 acres of fields and pastures, which remains the core of the farm even today. A few years later, Ross’s father, Stuart, Jr., came along, and in time, the son wanted to take on greater responsibility—alongside his own father.

Back then, what Stuart, Jr. was asking from his father was uncommon.  “My father was forward-looking, I think,” Stuart, Jr. says. “We took over the farm in 1975, and that was not done that much in those days.” When Stuart and his wife Beverly had three kids of their own, they remembered how they had navigated the first transition between generations.

“I think I’m not one to want to accumulate a lot of things, as far as land and goods,” Stuart, Jr. says. “I think of myself as more of a steward for the land and the farm and being able to pass it along. And it’s worked. We’re not too bad off by doing it that way.”

That’s how the Thurbers decided to go organic in their third generation on the farm. Ross attended the University of Vermont where met his future wife, Amanda. When they married, they returned to the Thurbers’ farm and proposed a unique partnership with the current owners—just like Ross’s father had done before him.

Like Stuart, Jr. and Beverly before them, Ross and Amanda wanted to make a few changes. Amanda had studied soil science in college, and she was one of the driving forces behind the family’s conversion to organic.

“The goal is balance,” Ross says as he looks out over the rolling pastures. “I love the contribution I'm making to the landscape. Not only are my cows healthier, so are the calves. And we're producing good milk.”

Now, Ross and Amanda have kids of their own, and they’re eager to see a new generation of Thurbers take the reins. "I see projects that I want to do, and what my father has done, and what his father did,” Ross says. “I'm adding to a family tapestry. To be able to contribute to it is rewarding. It's my life's work." 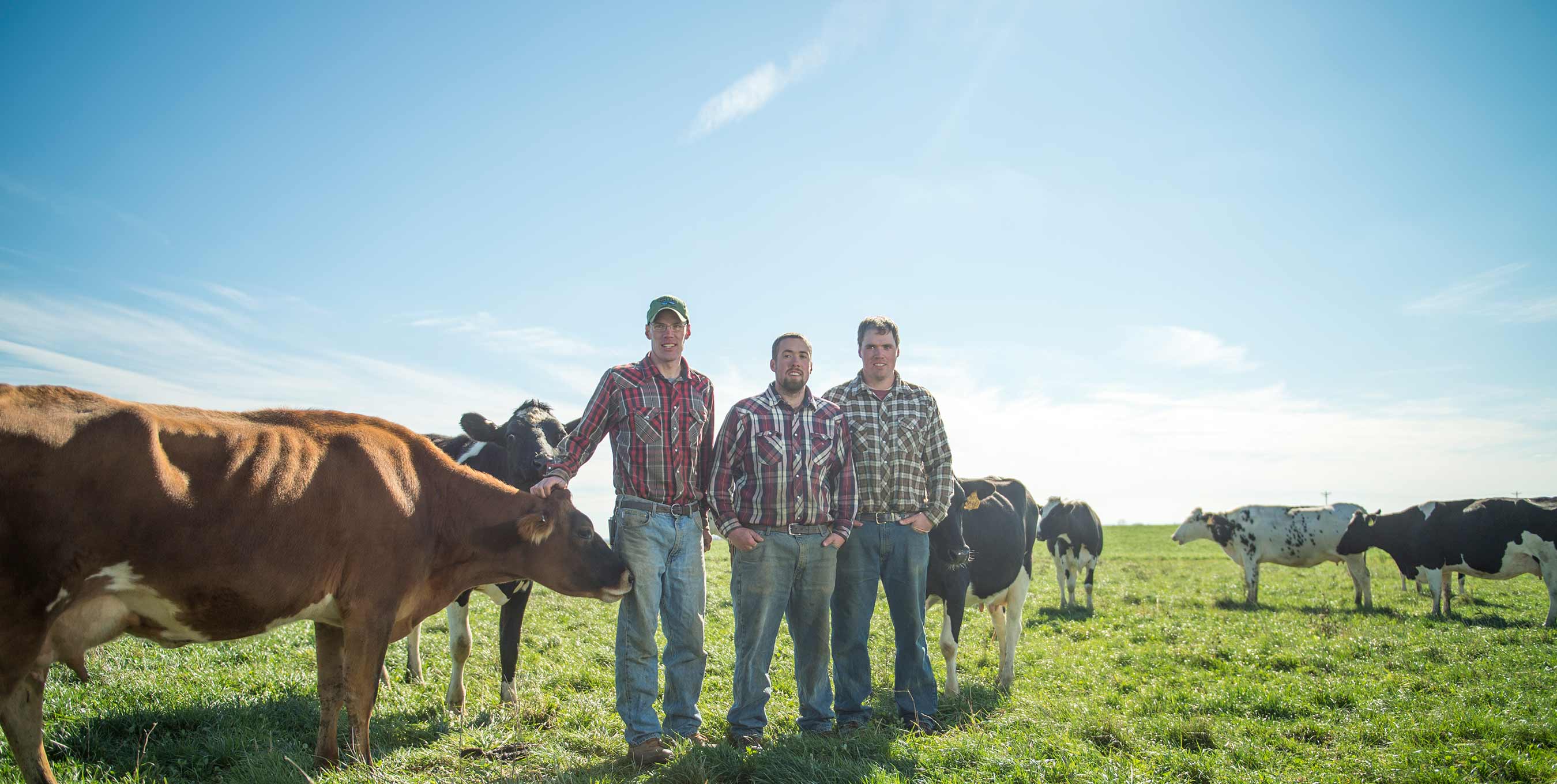