The Dobsons turned to organic farming and reconnected with time-honored farming methods.

“We never trusted the big companies. You always feel like you’re a hamster running on a wheel.”

That’s Sam Dobson, and he’s the seventh generation of Dobsons to work this land. His kids will be the eighth—but if the Dobsons hadn’t switched to organic, their farming legacy might have ended with Sam.

Sam’s father had farmed more-or-less organically when Sam was growing up, but the farm crises of the 1980s hit the Dobsons hard. “It wasn’t until I was in high school that we sprayed chemicals,” he recalls. “When the milk prices got really bad, you had to sign up for these payment programs that required you to use the more ‘efficient’ methods advocated by big agriculture at that time—which meant ‘use chemicals.’ So we were kind of forced into that world, but we never liked it.”

When Sam returned to the farm after finishing college, he vowed to make a change. “We went back in time,” he says. “We started working the ground again. It’s something we did fifty, sixty years ago, and both the soil and animal health improved dramatically.”

Sam had found his calling, and the farm and the cows began to thrive. All he needed now was a partner—and thanks to a broken tractor, he found one.

The broken tractor meant that Sam needed to go into town for a spare part. And in town, there was a young woman named Sherry who had caught his eye. “I was a little nervous [to approach her],” Sam says, “because she’s so good-looking.”

Whatever Sam said, it worked—he and Sherry “went on a little picnic at the lake,” and they’ve been inseparable ever since. Today, they’re raising their son Chase on their family’s 150-year-old farm, and they’re grateful that Chase is learning about farming as an Organic Valley member.

“Organic Valley is one of the reasons we decided to go organic,” Sam declares. “All the organic farmers we’ve met have really opened up the cupboard for us. That’s something we have especially loved about this change. Everybody’s pulling for everybody.”

Hey, it beats the hamster wheel. 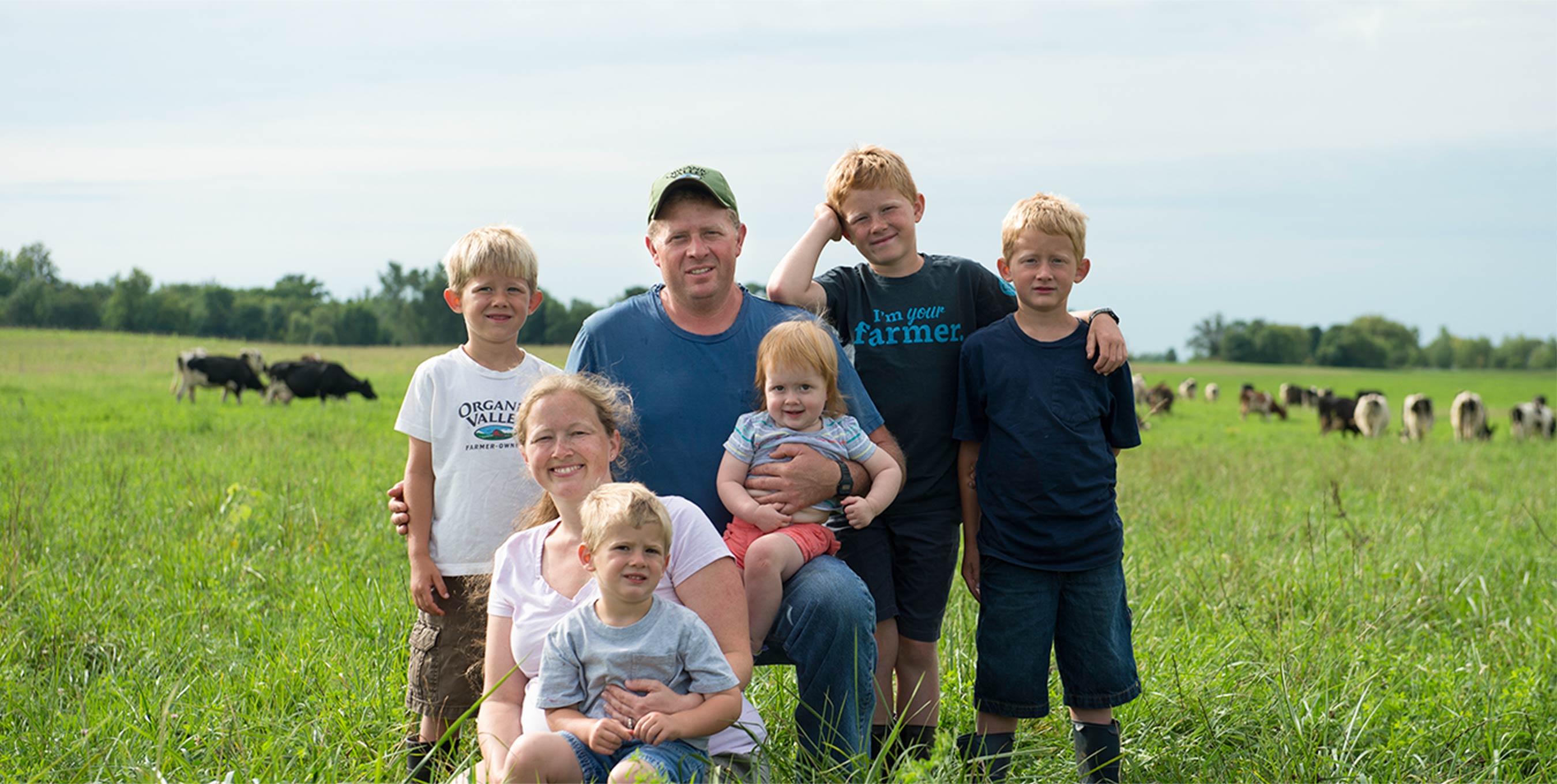