Cooperatives: Working Toward a Common Goal

Organic Valley is proud to be a cooperative founded and owned by farmers. Here is a glimpse of what our co-op means to us and how co-ops impact their members and communities.

Organic Valley was established in 1988 under the name CROPP (Coulee Region Organic Produce Pool). Our founding members met during the farm crisis of the late 1980s to form a cooperative that would help provide a stable pay price to farmers by growing quality organic food. Organic Valley continues to be owned by our farmers and driven by our mission. Every single farmer-member has a vote on decisions that impact the co-op, such as animal care standards and pay prices.

According to the International Cooperative Alliance, a co-op is “an autonomous association of persons united voluntarily to meet their common economic, social, and cultural needs and aspirations through a jointly-owned and democratically-controlled enterprise.”

Essentially, a cooperative (co-op) is created by people who have a common goal who work together to meet that goal. Organic Valley farmer-member Abbie Corse breaks it down. She farms on her family farm in Vermont and has been a co-op member since 2005.

“The direction on how the cooperative operates is based on the will of the farmer,” she said. “In the past 10 years, the cooperative has grown to a place where it has hundreds of employees and a ‘traditional’ internal structure, but the voting power and the decisions are made solely by the farmers." 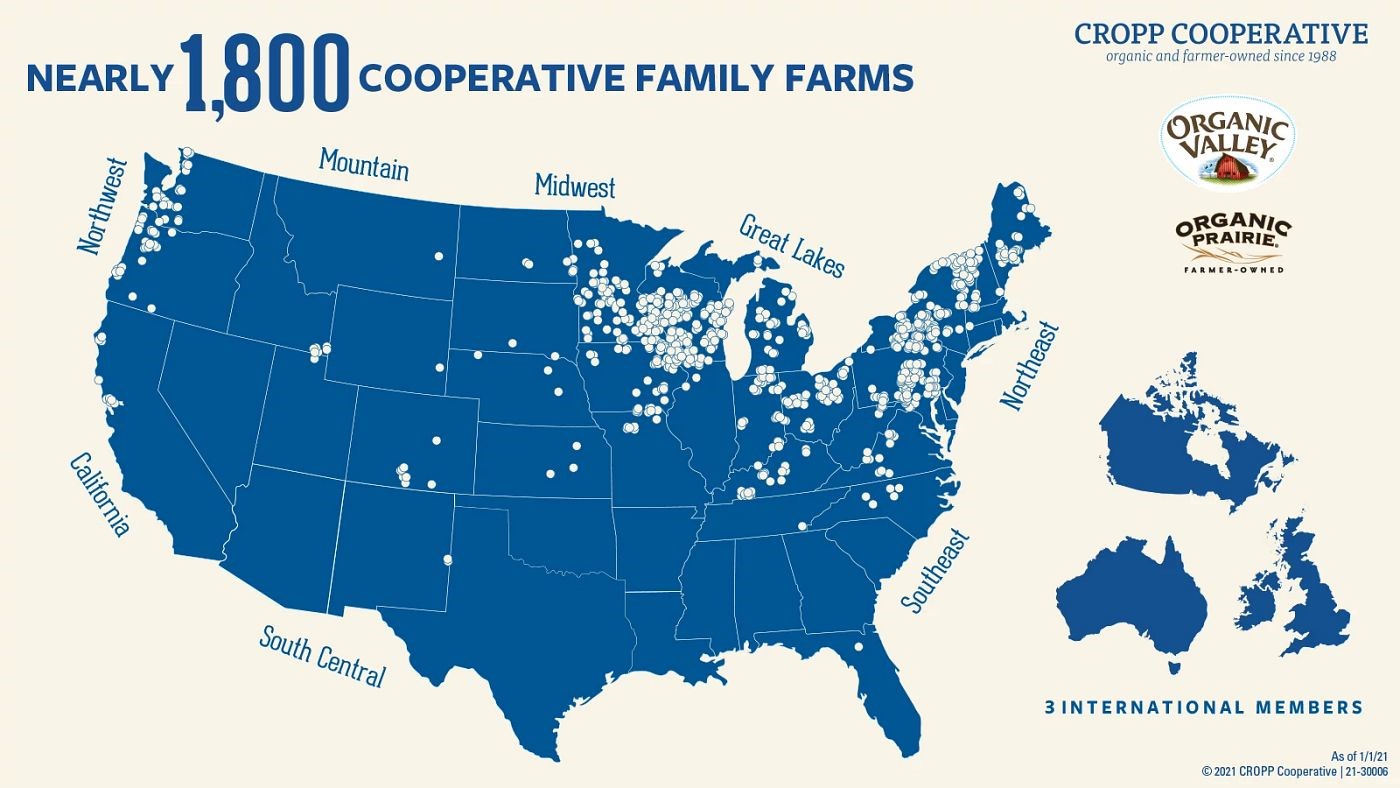 About 1,800 family farms are members of Organic Valley cooperative.

Co-ops are rooted in seven principles that drive the businesses toward community and fair representation. From voluntary and open membership to democratic member control and economic participation, independence, and more, cooperatives help build community and a more stable economic system.

At Organic Valley, we really value these principles; especially independence and autonomy. We’ve always been independent and owned by our farmer-members. 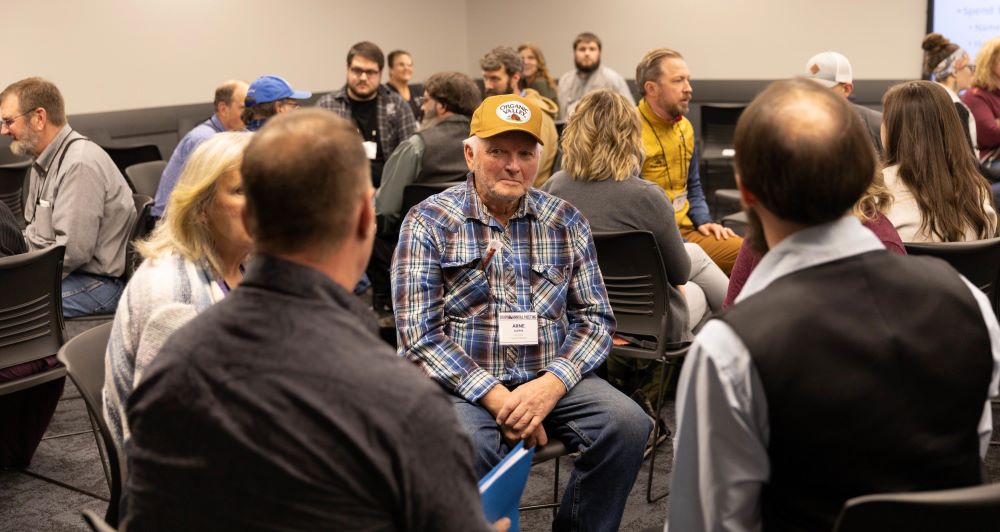 Co-op farmers and employees gather at an annual meeting.

“The co-op principles have always been really important to us, but autonomy has been super important since day one. Having control of your own destiny and the future is the reason we’re organized as a co-op,” he said.

Being part of a cooperative means having a group of like-minded people behind you.

“We (my dad and I) genuinely believe in the philosophy behind cooperatives,” Corse said, adding the phrase, “many hands make light work” really embodies the cooperative. “We want to be able to farm. We want to focus on managing our animals and land that are best for the ecosystem and the environment. The more time we can focus on that and not the other aspects of running a business is amazing. We’ll leave that to our other people in our wonderful cooperative.”

Members of our cooperative have opportunities to partake in pasture walks at other members’ farms, conference calls with farmers across the country, and monthly trainings. The answers to their questions are always a phone call, email, or text away. For example, farmers can contact Organic Valley’s on-staff veterinarians day or night to get answers to their animal care questions.

At Organic Valley, community is a big part of our culture, too. We volunteer, send products to those in need, and invest within the communities around us. Our headquarters is still located in La Farge, Wisconsin—a village of less than 800 people!

The togetherness and cooperation that co-ops encourage could be replicated and successful for many more (companies.)

“The co-op business model in some way needs to be the future because if it’s not the future, it means we’re continuing down a path that honors, celebrates, and rewards the few at the expense of many,” McGeorge said.

There are about 3 million co-ops worldwide and about 10% of the world population is employed by a co-op, according to the National Cooperative Business Association CLUSA International.

There are different types of cooperatives, including:

Co-ops can be large like Organic Valley (nearly 1,800 family farms) or small like apartment co-ops in New York City that are run strictly by residents. Maybe you’ve heard of the below organizations, but did you know they are co-ops?

Being a part of a cooperative creates a sense of unity and provides a space to share thoughts and find support. We are proud of our roots and the sense of unity found in our cooperative. We are stronger together.