Pasture-Raised: Cows Belong in the Fields

What is pasture-raised dairy?

Pasture-raised dairy is a philosophy of farming practiced on all Organic Valley dairy farms, based on the core principle that cows should spend as much time outside as possible.

This means farmers give their cows access to pasture every day they can during their grazing season, which is region- and weather-dependent but ranges from 120 days (the National Organic Program minimum) to 200 days a year. The only exceptions are during bad weather, excessive heat, or if a cow is breeding or not feeling well. Even during winter months, we give our cows access to the outdoors when the weather allows. Fresh air and exercise is just as good for cows as it is for people! 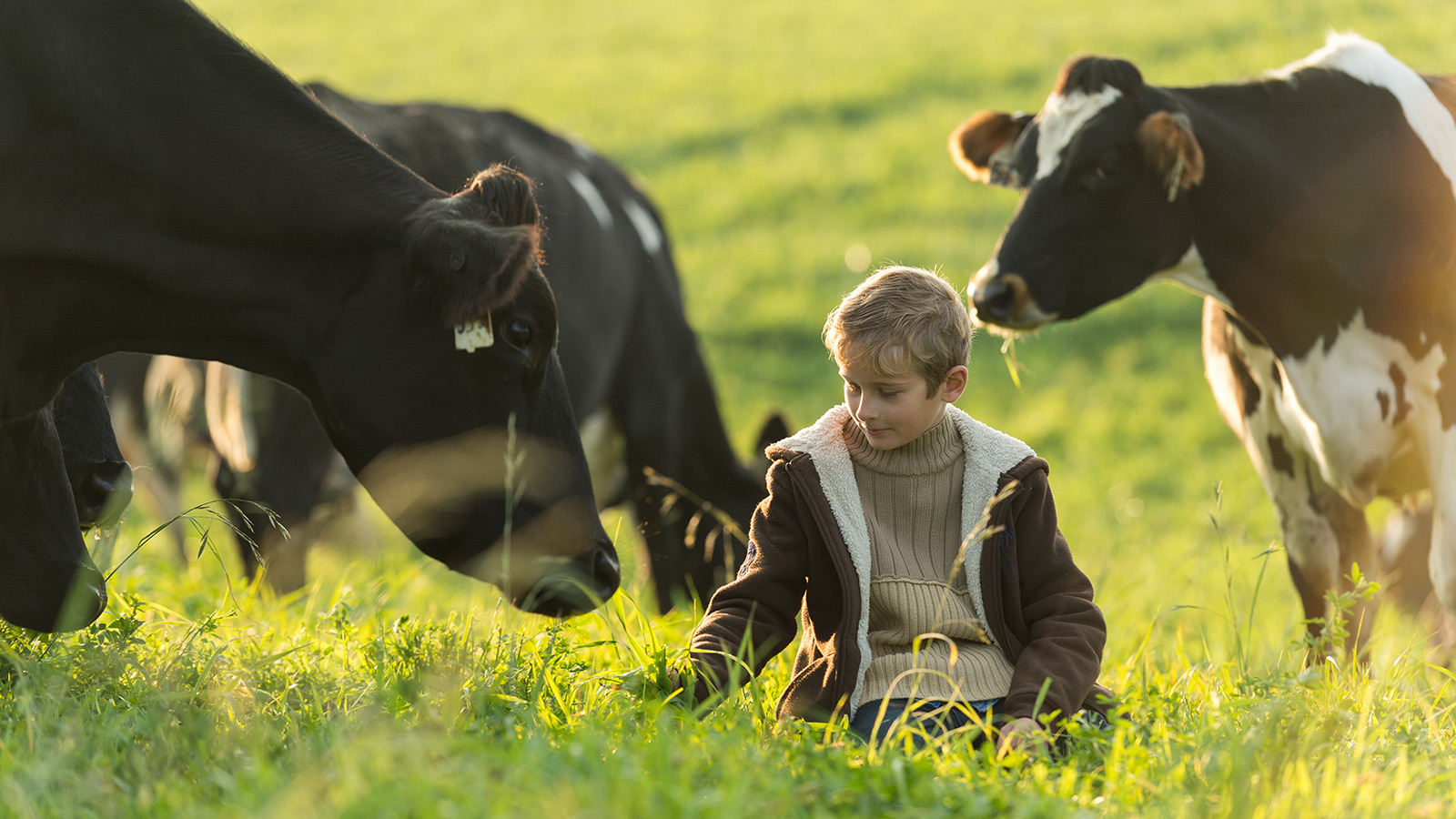 Generations of farming wisdom has taught us that cows that are outside in the fresh air, walking around the pastures and eating grass, are happier and healthier. And we’ve seen that happy, healthy cows produce better-tasting, more nutritious milk.

It’s better for the animals: We start with respect for our animals. We want them to live low-stress, healthy lives. This means letting them do what they’ve done for thousands of years: roam and graze the fields. It also means, in keeping with USDA Organic standards, never using artificial hormones, and never using antibiotics except to prevent suffering (if used, that cow loses its organic certification). In short, we let cows be cows! (Here's more on what it means to be Certified Organic.)

It’s better for people: You don’t have to take our word for it. Extensive peer-reviewed research has recently proven that more grass in an organic cow’s diet translates to higher levels of beneficial omega-3 and conjugated linoleic acids (CLA) than in conventional milk. And it turns out, pasture-raised milk tastes better, too!

It’s better for the environment: Milk from cows raised on pasture promotes sustainability and healthy soil.

It’s plain common sense: To us it’s pretty obvious that cows belong outside. We see every day how they are more content and less stressed when they get outside regularly. Cows that are less stressed are healthier and produce higher quality milk. Better for cows = better for us. 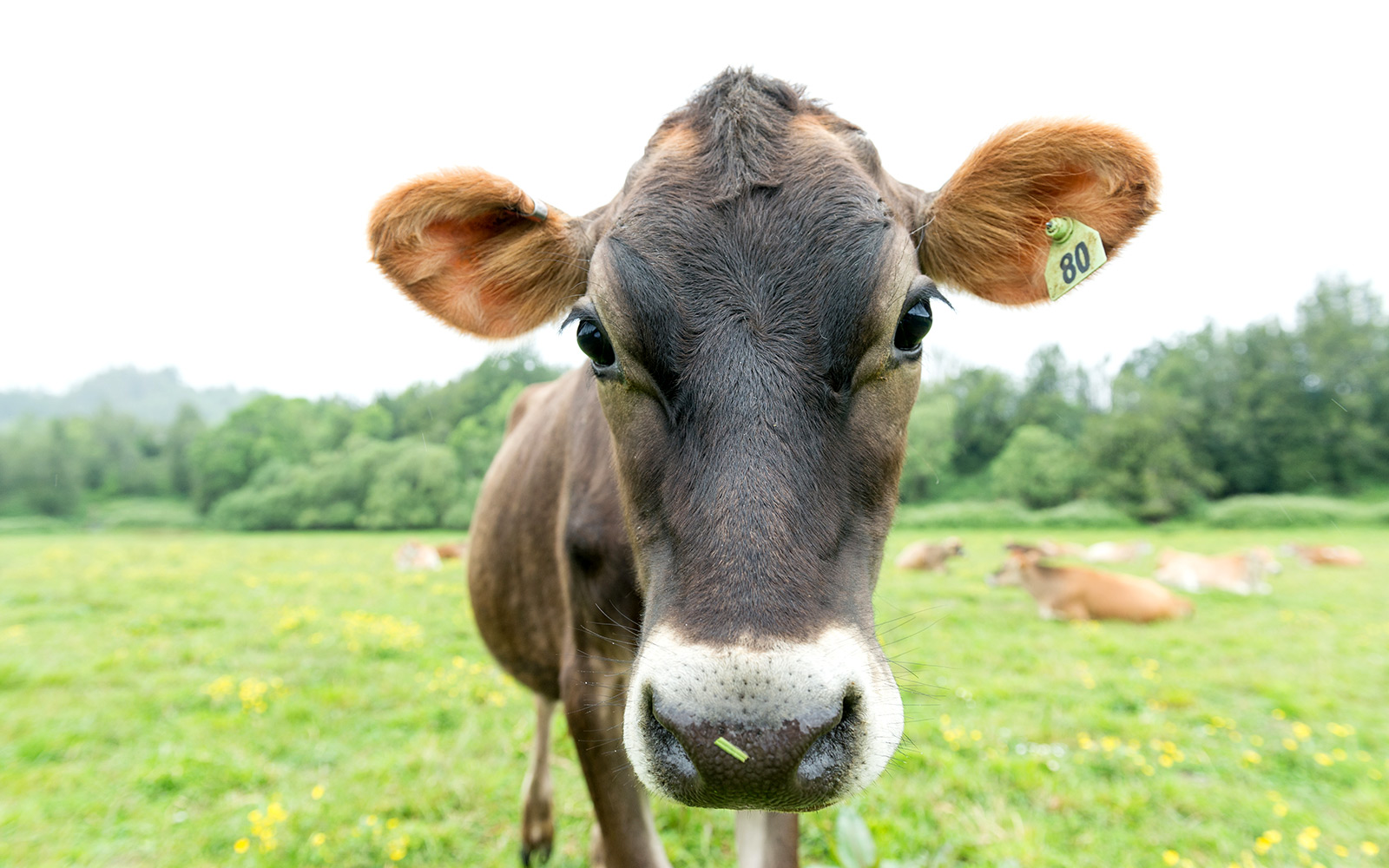 The way we raise dairy cows at Organic Valley is dramatically different from how it’s done on confinement dairy farms, which provide the majority of milk in the United States. Confinement farms keep their cows in large barns, and while they may eat dried forages like hay, those cows rarely, if ever, spend physical time on grass. These cows are fed more grains—typically genetically modified corn or soy—than cows on organic diets.

In contrast, Organic Valley cows are all pasture-raised, which means that they spend every possible day of the grazing season, well, grazing. That means that our farms actually look like the farms you imagine in your head: green fields with real cows really walking around, eating grass, dozing in the sunshine, socializing, and generally doing cow stuff.

Over the course of the year (including the non-grazing months), a pasture-raised cow’s diet is composed of mostly grass, both fresh (growing in pasture) and dried (such as hay), along with a ration of grain to supplement their nutrition.

Yes, all Organic Valley pasture-raised cows are grass-fed, but not all are 100% grass-fed or Certified Grass-Fed Organic.

Our standard pasture-raised dairy products are grass-fed—in the general sense that the majority of their diet consists of fresh pasture and dried forages. Thanks to Organic Valley’s high feeding standards and our farmers’ hard work, the amount of grain Organic Valley pasture-raised cows receive is significantly less than what is received by industrial-farmed cows (which provide the majority of milk in the United States).

Organic Valley always meets or exceeds USDA Organic standards for time spent on pasture and for the percentage of the cows’ diet made up of fresh grass during grazing season. On average during the grazing season, our pasture-raised cows receive 55% of their diet from fresh pasture grasses—eaten outdoors, harvested with their own mouths. The remainder of their diet will be made up of dried forages and a small amount of organic grains. Our cows also log an average 191 days on pasture during the grazing season, surpassing the USDA Organic minimum of 120 days.

In comparison, 100% grass-fed and Certified Grass-Fed Organic mean the cows only eat grasses and forages (plus a small amount of approved nutritional supplements, like molasses, if needed)—no grains. Our Grassmilk® products (fluid milk, yogurt and cheese) are all pasture-raised and Certified Grass-Fed Organic. Learn more about the role of grass in our cows’ diets and how we use the term grass-fed.