How do you improve rural America?

Out in the sunlight in 2016, two friends and former coworkers discussed what might be possible if their new employers came together to bring more solar to the Midwest. Could a major food brand become totally renewably powered? It was a dreamer’s conversation. A starshot. Luckily, they also found a way to be doers.

One of the dreamers worked for the cooperative behind Organic Valley, the largest farmer-owned organic cooperative in the country. You probably know Organic Valley from the milk, butter, and eggs in your fridge.

It’s kind of a crazy business.

So these dreamers met over lunch and ended up talking about a crazy goal: to make Organic Valley the world’s first 100% renewable-powered food company in just two years.

If you ask Stanley Minnick, Organic Valley’s energy services and technology manager, even he will tell you he didn’t quite know how to make it happen.

“I didn't know exactly how it would all work out," Minnick said, "but I knew if we just kept moving forward -- and especially if we had the right partners -- we could scale beyond our current wind, solar and geothermal and get to 100% renewable-powered.”

How would they get it done in “flyover country”? How would they focus on this project in a rural America that so many said was crumbling? How could they reach such an audacious goal in so little time? 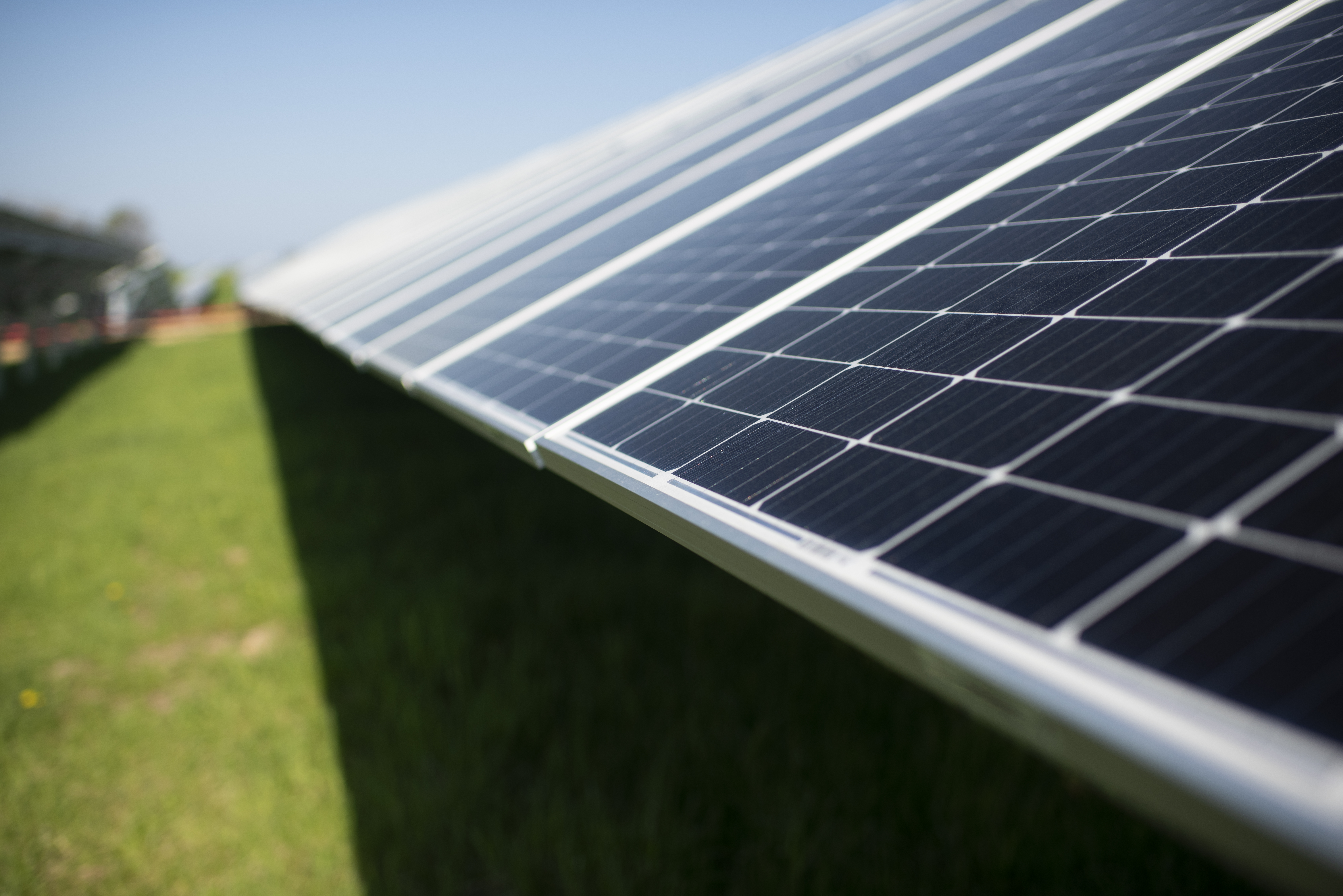 As the goal evolved into a project, more partners -- locally and beyond -- stepped up to make the dream of a community solar partnership a reality.

Two creative and bold energy companies, OneEnergy Renewables and a group of Midwestern municipal utilities referred to as the Upper Midwest Municipal Energy Group (UMMEG), worked night and day to figure out how to structure the project. They, along with the City of Madison, Dr. Bronner’s and Clif Bar, brought their own intrepid goals to the table. Advocates and scientists at Fresh Energy, the National Renewable Energy Lab, and the Bee and Butterfly Habitat Fund were engaged to find even more opportunities to create environmental benefits.

What started as a dream to become a 100% renewably powered food business became a community project that would benefit more than 23,000 rural Midwestern households within the scope of the overarching project. Suddenly, the project went beyond Organic Valley’s offices, warehouse and plants. It meant decades of cheaper energy from renewable sources for tens of thousands of rural Americans. 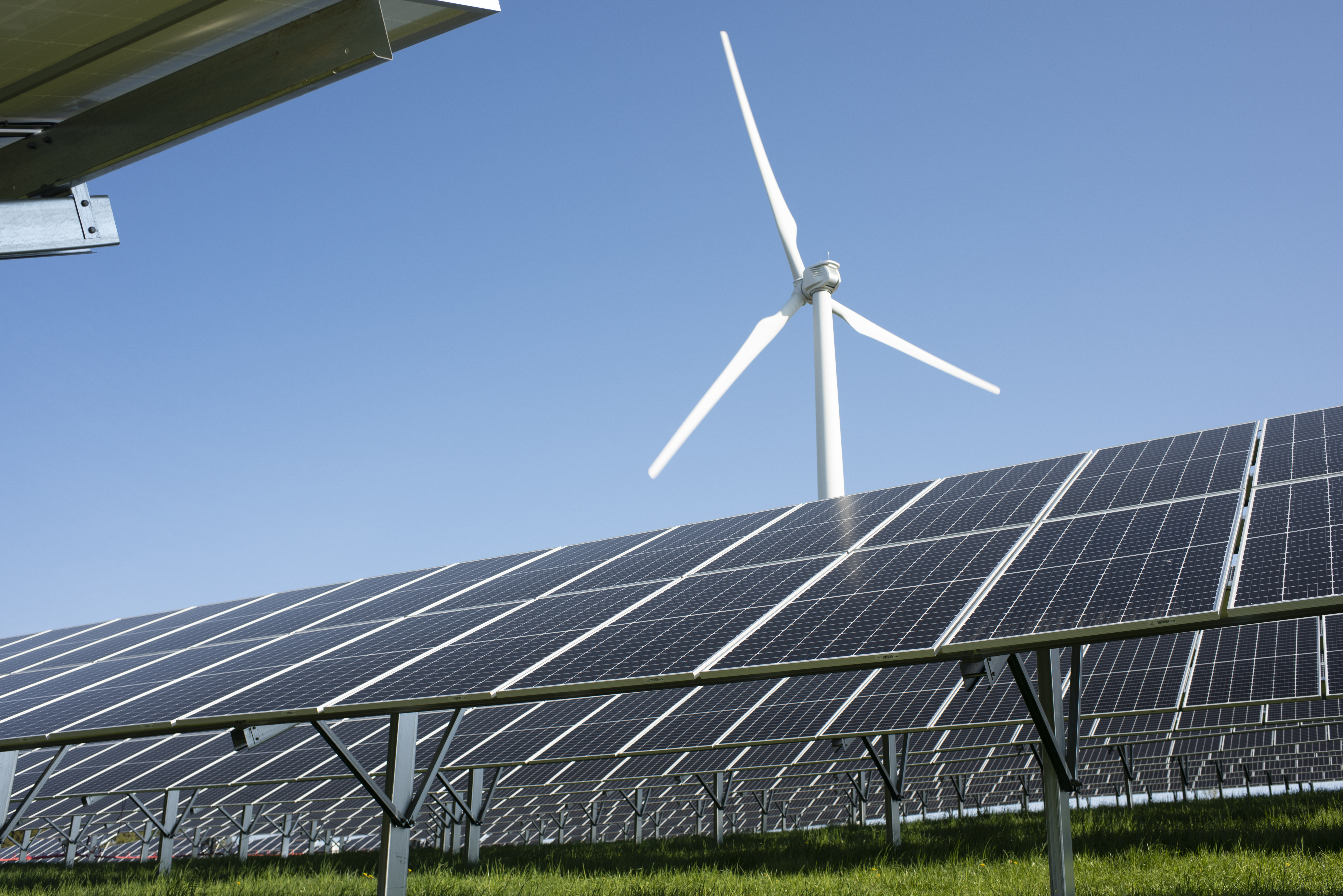 As the plans expanded, so did the logistics. Between the ten arrays in the full project, the team expected to increase the solar energy produced in Wisconsin by 30%. It was a big goal, and with solar tariffs and the elimination of government tax credits on the horizon, there were no options but to either run full steam at the goal or to stop the projects in their tracks.

They forged ahead. The dreamers turned into full-time doers, along with help from an entire team at Organic Valley, BluEarth Renewables, and even the state’s capitol city of Madison, Wisconsin.

The partners worked hard to figure out the finances, including the power purchase agreements and renewable energy credits, while the communities weathered real and financial storms at the same time. Two back-to-back 500-year floods inundated the communities where these panels would be installed. The rural areas were already seeing the effects of climate change. 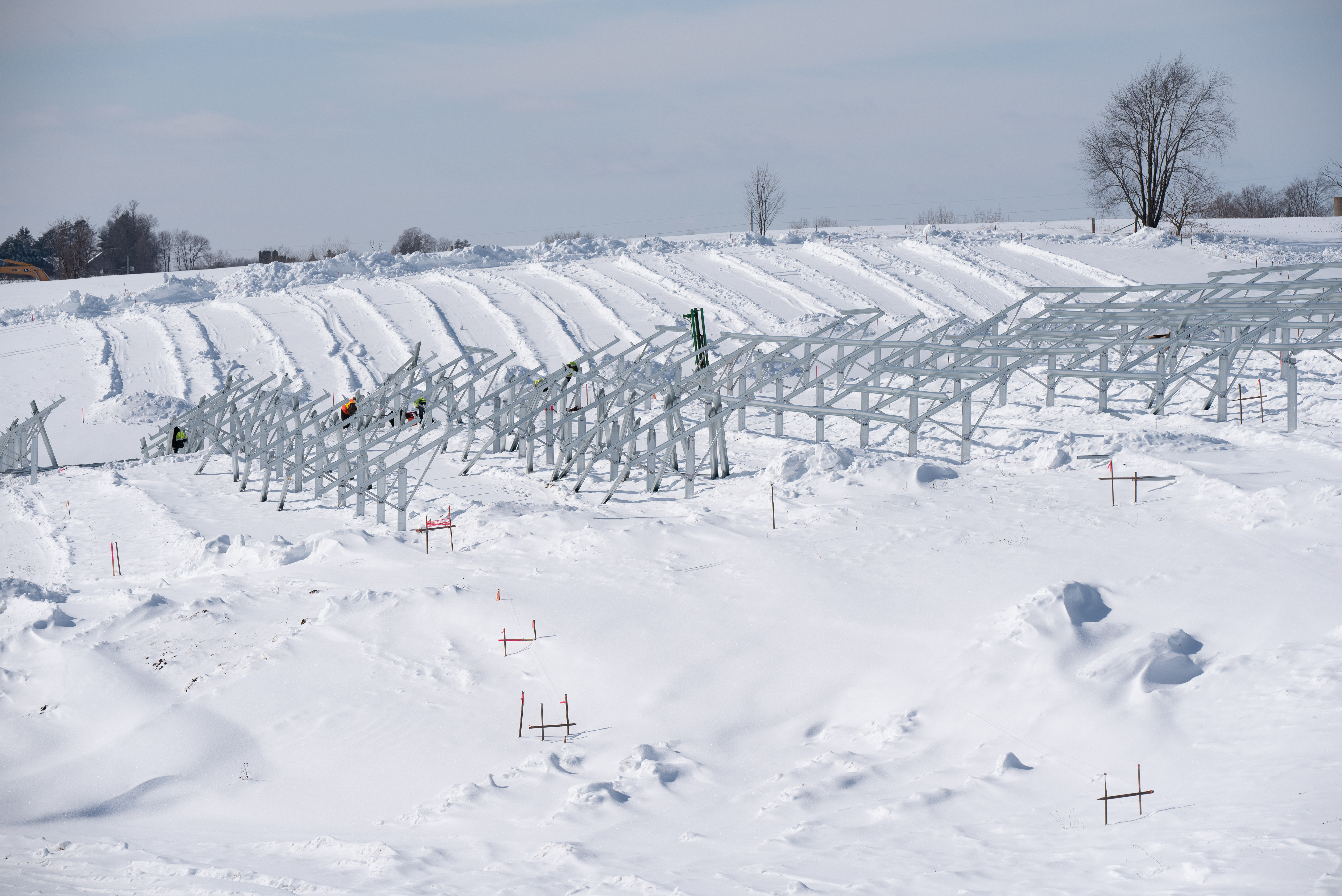 Installers worked hard to drive the supports into frozen ground during a frigid January 2019.

In January 2019, some of the hardiest and hard-working people on Earth forged ahead into a brutal winter. They installed hundreds of steel posts and panel supports in frozen ground.  Temperatures hit negative 30 degrees two nights in a row, and daytime temps barely got over zero degrees for weeks. Months later, the same crews battled muddy conditions to install the panels, wiring and other equipment needed to bring everything to life.

This community solar project, as a template for more projects around the country, was fighting for a brighter future as the rain fell on their hardhats. Still, the project was on track, if only a little delayed by an angry Mother Nature. 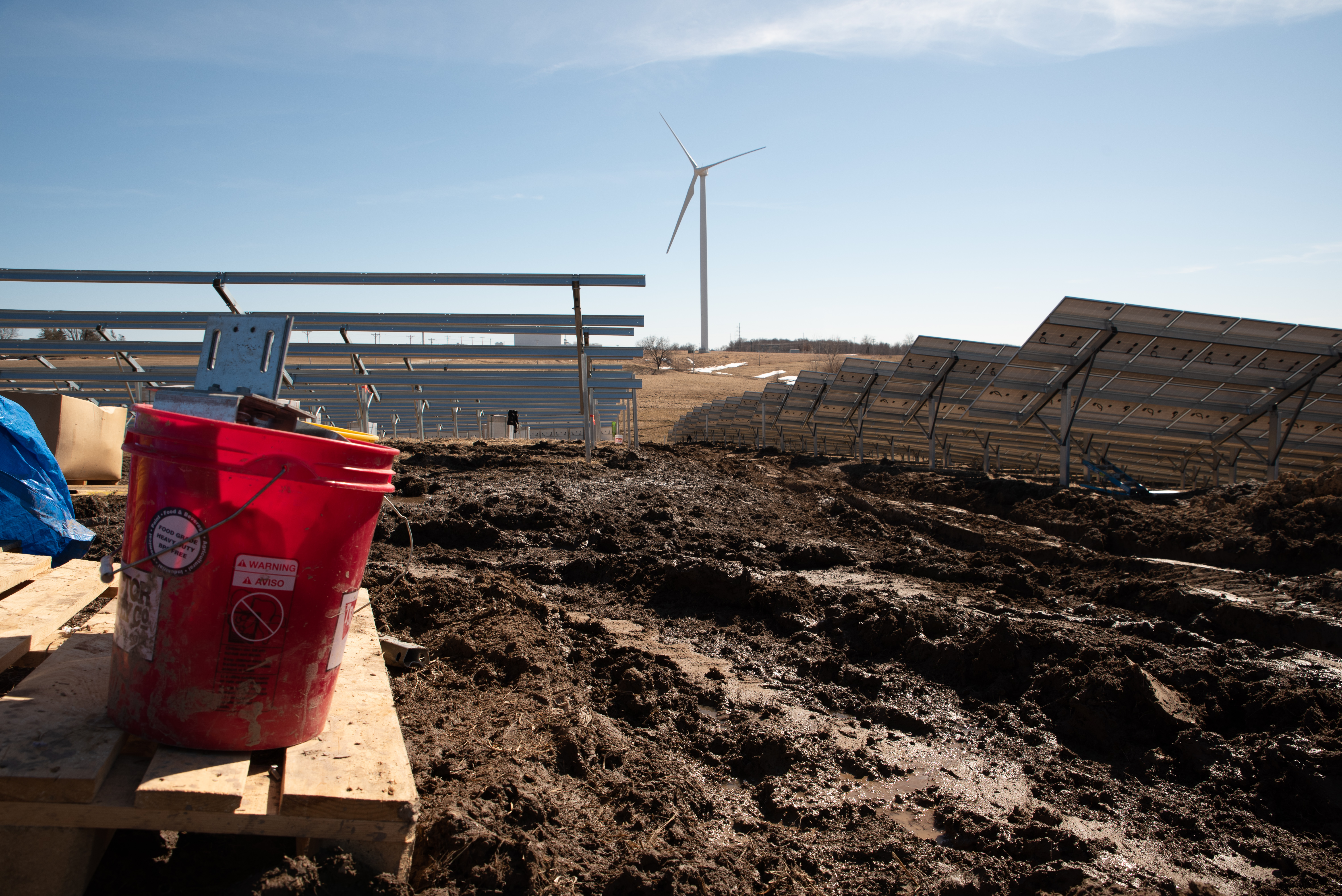 Muddy conditions made installing the panels incredibly difficult, but the teams persevered.

Rural America has an incredible resource many just don’t see: a sense of community that rivals anywhere else in the world.

When you drive through the small town of Viroqua (pop. 4,400), just 15 miles from the solar installation site, you’ll drive past a National Co-op Grocers’ food cooperative with solar panels on its roof, a restaurant that sources almost all of its food from local farms, and a farmers market that blows most bigger cities’ markets out of the water. And the community comes together in times of crisis, like when those 500-year floods ripped through a farmer’s backyard. 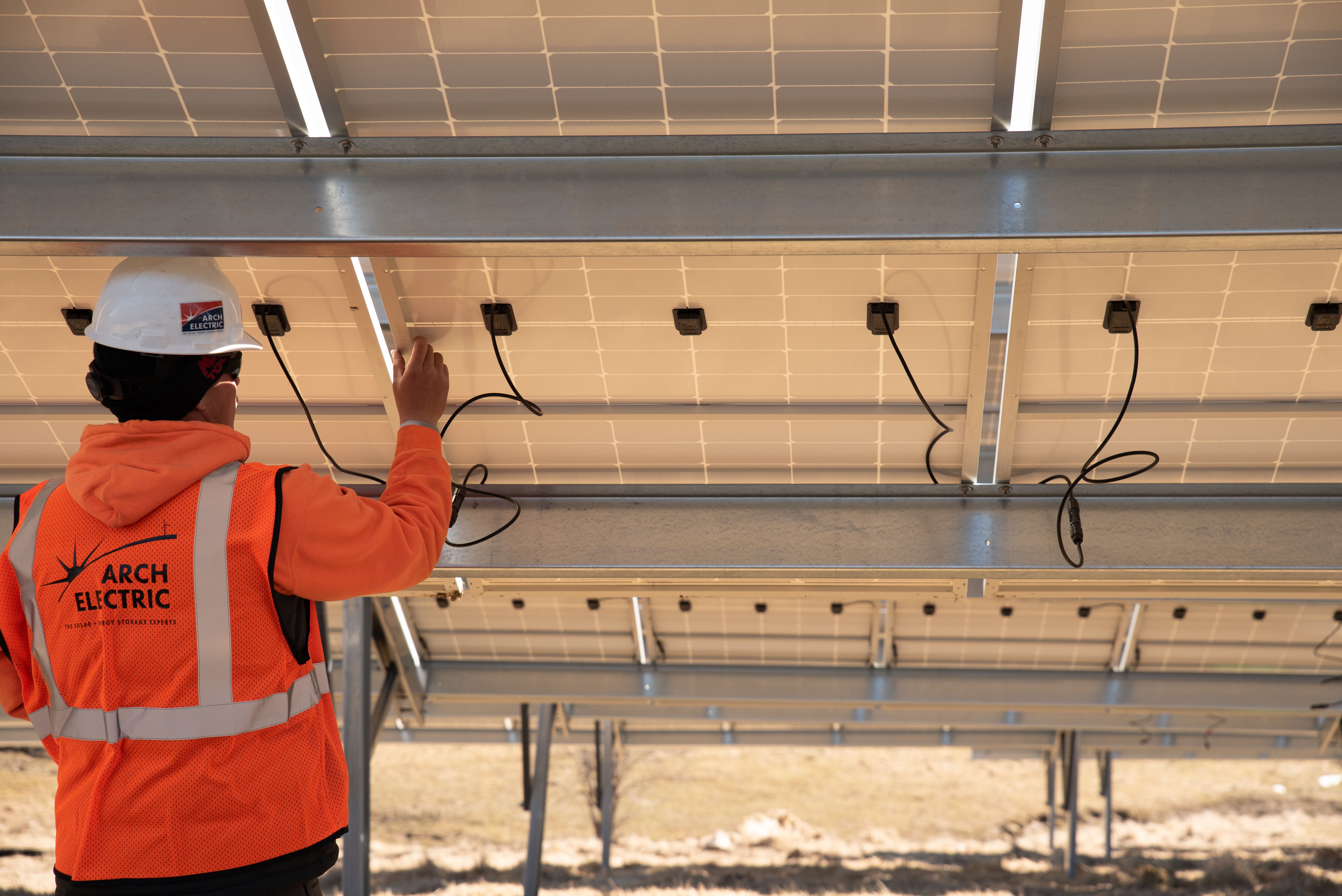 The electrical work at many of the solar sites was performed by Arch Electric of Wisconsin.

As the solar project needed help from partners in the other local communities and from the wider industry, people from different backgrounds stepped up. They started projects of their own, supported by a group of businesses intent on doing good in the world. And it’s working.

On August 1st, 2019, all the solar panels were finally in place and ready to make renewable energy for thousands. You can see the view for itself, nestled beneath the wind turbines in Cashton, Wisconsin, created from yet another powerful local partnership. 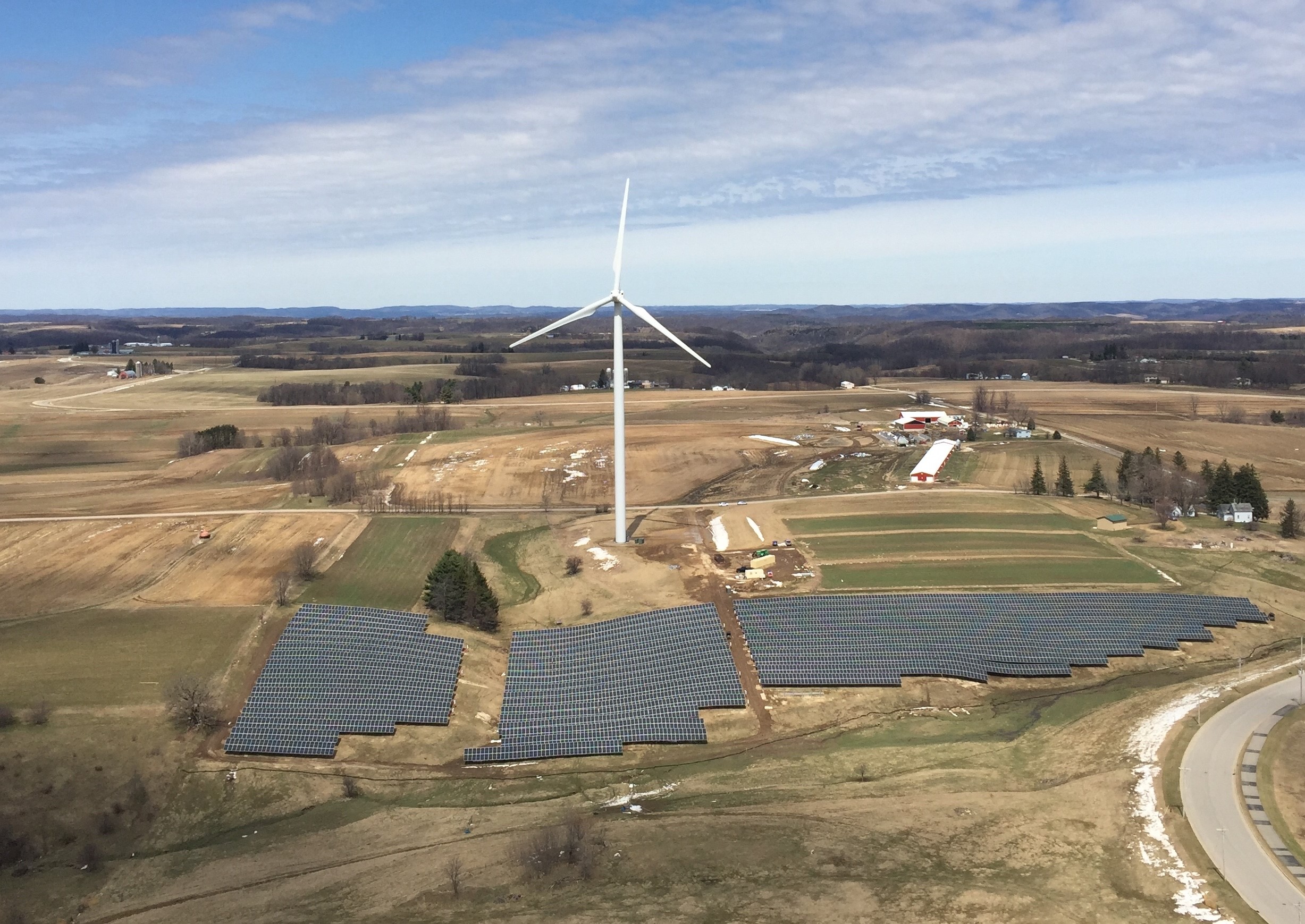 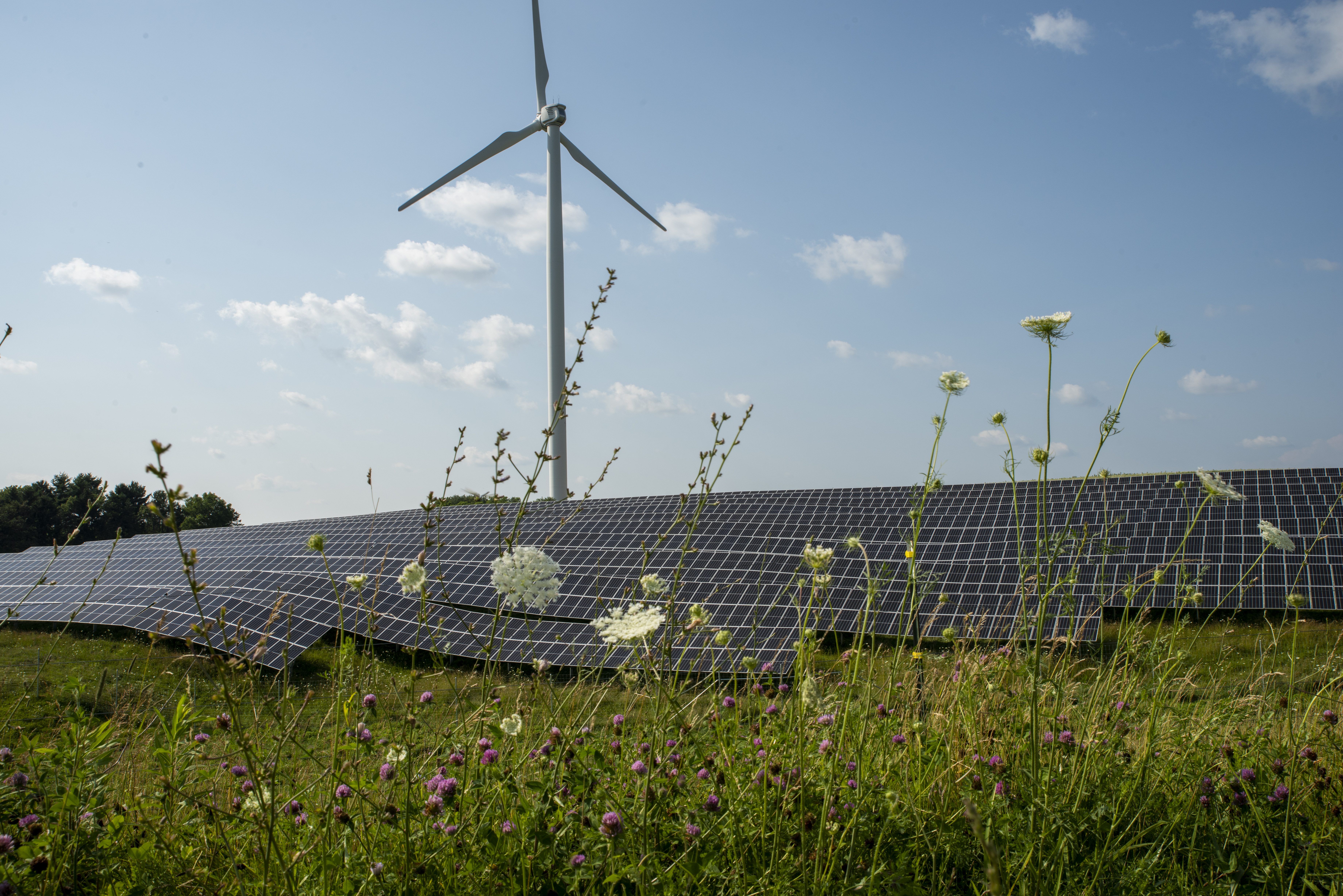 Organic Valley is now the biggest food brand to source all of the electricity for its owned facilities from 100% renewable energy. And it happened through partnership and cooperation.

Another Organic Valley employee has dreamed up a new innovative partnership that we can’t wait to share, but we kind of have to. This next big project will require even more collaboration and cooperation, but the end goal will be worth it: food made better. If you join the Organic Valley email list, you’ll be the first to hear about our big goals and new projects.

Rural America has a bright future, and it’s powered by dreamers and doers who work together toward big, crazy goals. 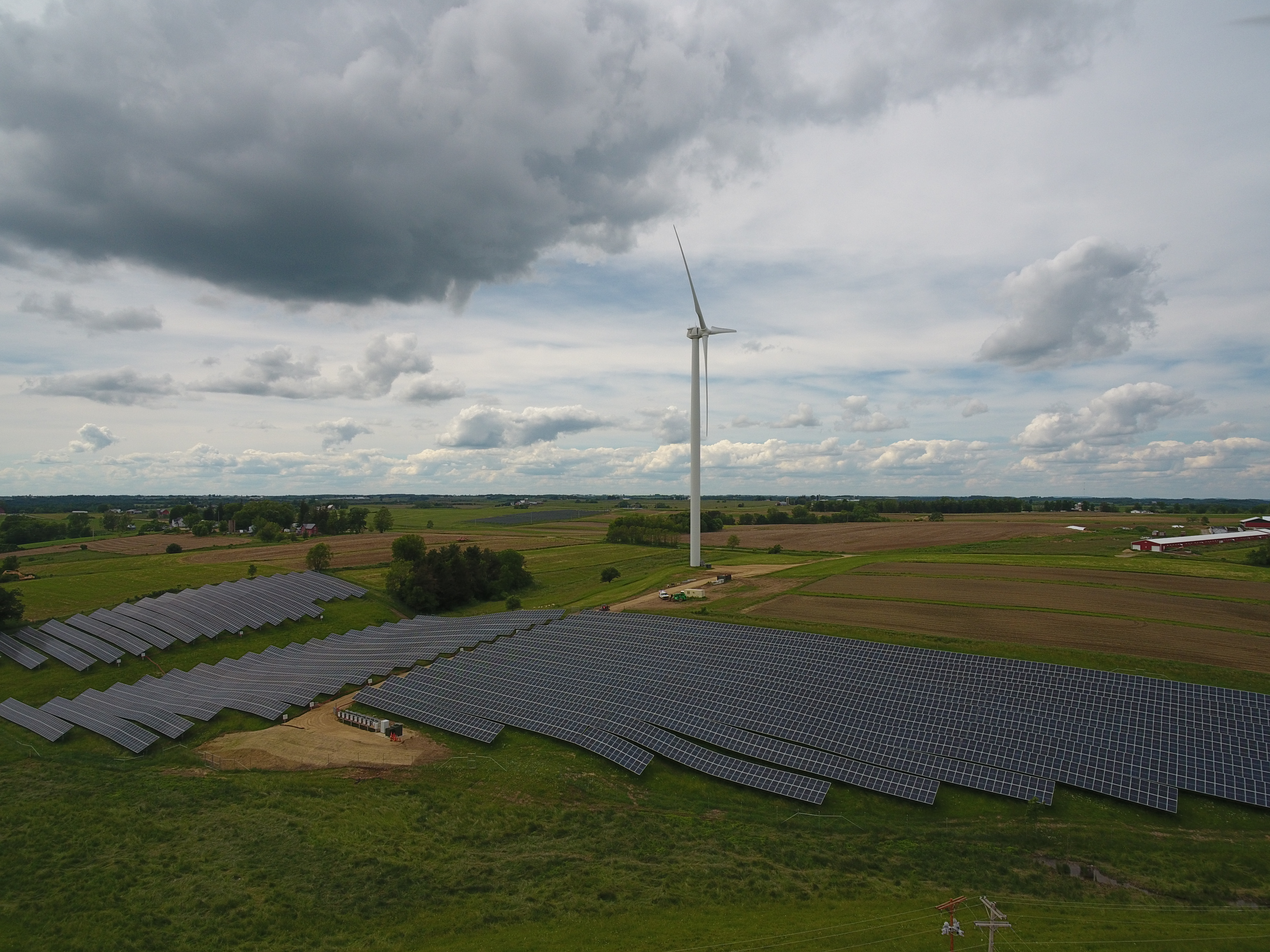