Soul of Farming: Seed to Table with Charlene Stoller

"Food should have a purpose, should nourish us, not just taste good."

Charlene Stoller is good at seeing the threads that connect all life—from the health of the people who drink the Stollers’ Organic Valley milk, to the animals who gave the milk, to the plants they eat, which were first seeds lovingly planted in the Ohio soil that Charlene’s family has worked so hard to protect.

Charlene has been connecting dots for quite a while. “You see one thing and that prompts a question about the next thing,” she says. “For instance, just a few miles from here, a truck full of liquid nitrogen that was destined to be sprayed on farm fields spilled accidentally. They evacuated everyone nearby. Everybody was worried about contamination. But if the spill hadn’t occurred, the truck would have gone a little farther down the road and sprayed its contents on acres and acres of land.”

Let’s pause and think about that for a moment...is it very different to spill the fertilizer in one place or spray it in another? The land is all connected, and it would drain into the same waterways and groundwater regardless. Yet one instance was considered dangerous and the other was not.

“Farmers would have fed what grew on that land to their cows, and people would have drunk the milk and nobody would have thought anything of it. When there’s a skull and crossbones on the label of something you use on your food, connect the dots! Interfering with what’s been perfectly made creates problems.” 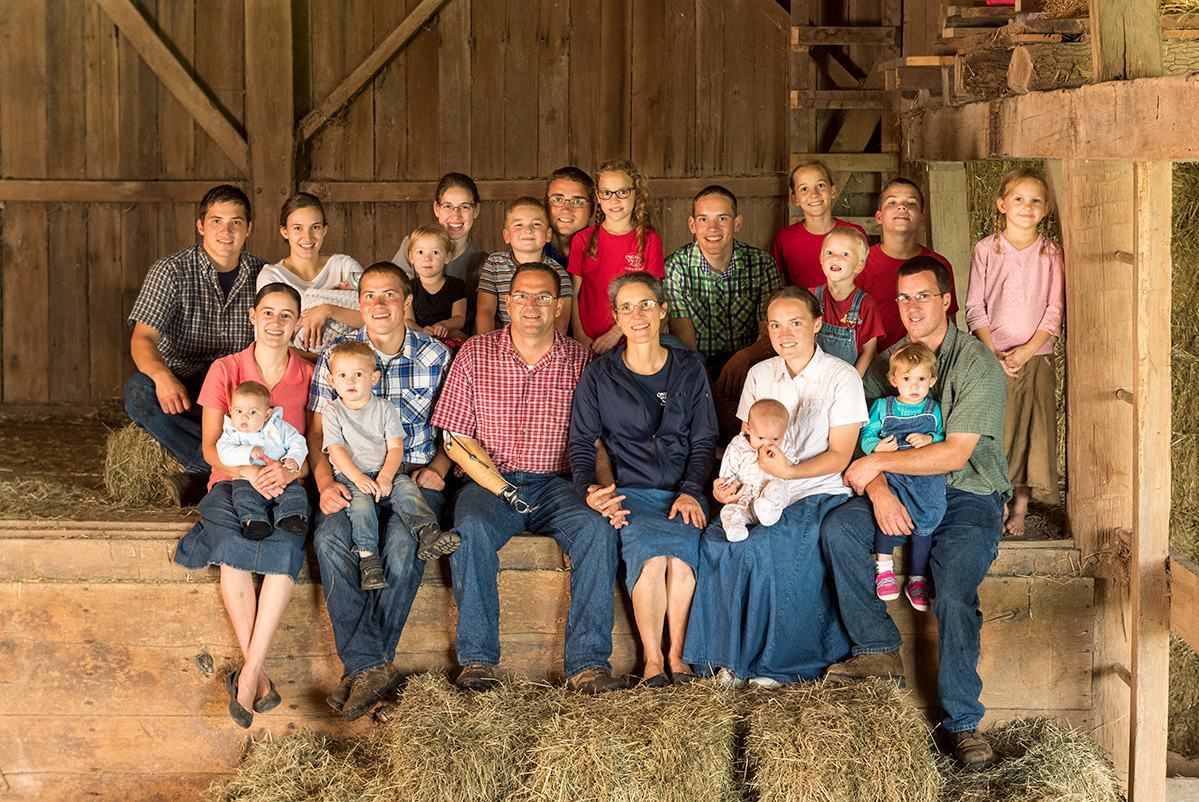 Charlene Stoller and her husband Scott (both center) with their children and grandchildren on their Ohio farm.

Organic Valley farmers since 2003, Charlene and Scott Stoller have walked many extra miles on their connected-dot road to model the cooperative, organic ethic. They host field days and farm tours for consumers, other farmers and agricultural organizations on their 350-acre, certified organic dairy farm in southwest Ohio. The farm is ideally located for such activity, since it’s only an hour away from two major metro areas. They’ve also received many conservation awards at the county, state, and federal levels in recognition of their thriving dairy.

As the next generation of Stollers begins to take over the family farm, Scott and Charlene intend to leave their children a farm that is better than they found it. But, Scott points out, “We’re not done yet. We’re trying to improve daily and weekly. But there’s no question that farming organically gives our kids a better chance at farming in the future.”