Food waste in the United States is turning out to be even worse than previously thought.  According to a recent article in The Guardian, “Americans throw away almost as much food as they eat because of a ‘cult of perfection,’ deepening hunger and poverty, and inflicting a heavy toll on the environment.”

It’s high time we abandon that cult of perfection, not only to alleviate hunger, poverty, and damage to the environment, but because with food, as with most things in life, you can’t judge the book by its cover.

Over the past 20 years of helping my brother Henry on his organic vegetable farm, I’ve learned that there is often an inverse relationship between the outward appearance of produce, and its interior goodness. In other words, the worse it looks, the better it tastes.

For example, it’s peach season at the moment, and so I’ve been gobbling up the rejects, which we call the “for-us-es,” as in, “These aren’t good enough for the customers, but they’re good enough for us.” 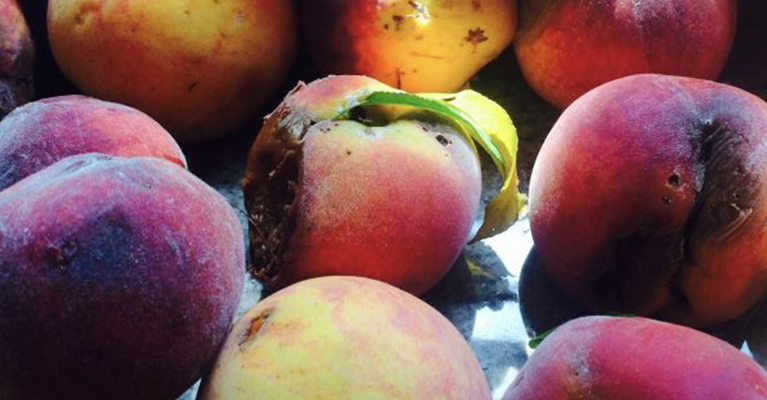 These peaches may have some soft spots, but we can cut those out and use the good parts to make good food!

As I work my way through the “for-us” peaches and wend my way around soft spots and wormy cores, it only confirms my theory that the worst looking fruit and vegetables—the tomatoes Henry deems too soft to make the relatively short, 150-mile journey to market; the red and yellow peppers with sunburn or soft spots; the peaches and apples with bruises and rot—are absolutely the best-tasting produce of all. I wonder if we have lost the animal instinct, and pure animal pleasure, of seeking out and devouring only that food that calls to us sensually with full aromas, saying, “Eat me! Today I am ripe, but tomorrow I rot.”

Although rotting is part of the problem of food waste, more often it is simply that a fruit or vegetable doesn’t fit the strict size, shape, and color standards of the industrial food chain. It’s no wonder then, that about a third of the planet’s food goes to waste each year, dumped into landfills, often because of its looks. To add injury to insult, that wasted food could have fed two billion people, because a lumpy tomato, a forked carrot, and a split cabbage are just as delicious and nutritious as their smooth, straight, and un-split cousins. 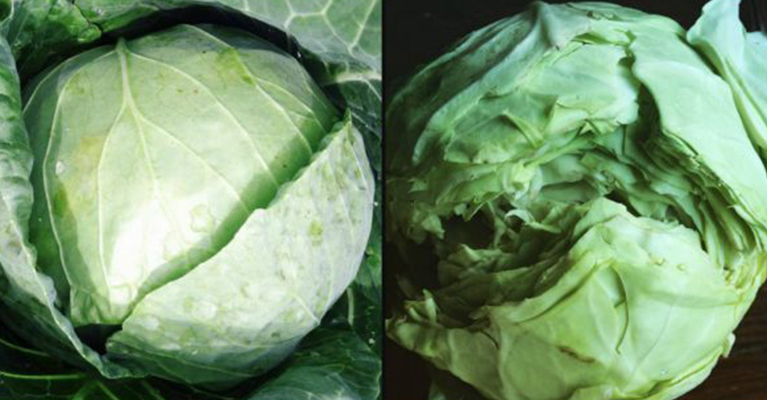 Thankfully, the past few years have seen a heightened awareness of food waste, and of what individuals, businesses, corporations, and governments can do about it. And although the awareness is new, the practices and values behind it are ancient. Your grandmother probably told you not to waste food, and religious traditions across time and place have enshrined gleaning as a way to prevent waste and feed the poor.

The modern anti-food-waste ball got rolling with Tristram Stuart’s 2009 book Waste: Uncovering the Global Food Scandal and Jonathan Bloom’s 2010 American Wasteland: How America Throws Away Nearly Half of Its Food (and What We Can Do About It). Then the Natural Resources Defense Council issued their 2012 report, Wasted: How America Is Losing Up to 40 Percent of Its Food From Farm to Fork to Landfill, which bloomed into a valuable website explaining the problem and what you can do about it.

Soon after the European Union declared 2014 the Year Against Food Waste, high-profile chefs in the U.S. came on board. Dan Barber briefly turned his Blue Hill restaurant in Greenwich Village into “wastED,” a pop-up that created menus using food normally thrown away.  Barber’s  “waste-education” and many other efforts have raised awareness of food waste, and led to films such as Just Eat It, nonprofits such as End Food Waste and businesses such as Imperfect Produce  Even the U.S. government has gotten involved with the Food Recovery Act put forth by Representative Chellie Pingree of Maine in late 2015. One of its key components has already been made into law: a permanent and significant tax break for businesses and farmers who donate food to food banks and soup kitchens. 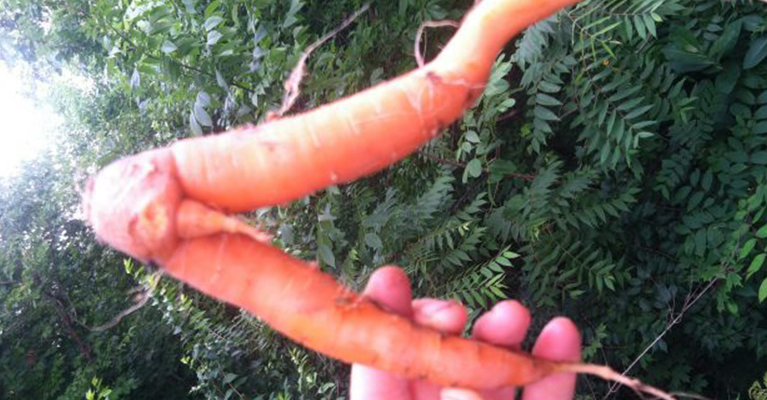 While it’s good to incentivize food donations, it’s even better to broaden the narrow standards for acceptable produce so that they include oddly-shaped and cosmetically-challenged fruit and vegetables.  This would not only prevent tons of food from going to waste, but would help farmers make more money from their labors, and reward farmers who don’t spray biocides in pursuit of the misguided goal of cosmetic perfection.

Pesticide use is particularly high on soft fruits. In 2016, more than 98 percent of strawberries, peaches, nectarines, and apples tested positive for at least one pesticide residue, according to the Environmental Working Group’s “Dirty Dozen” report.  And peaches have 62 different pesticide residues, according to data from the USDA pesticide program, including eight that are known or probable carcinogens, 24 that are suspected hormone disruptors, 12 that are neurotoxins, and 9 that are developmental or reproductive toxins. 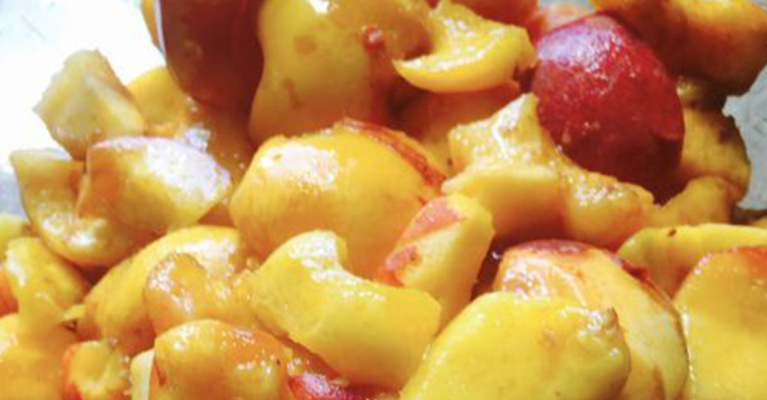 The same imperfect peaches as in the first photo, now perfect for a peach pie!

Dare to Eat an Organic Peach

I am certain that T. S. Eliot did not have this information in mind when he wrote, “Do I dare to eat a peach?” But if we have this knowledge, how can we dare to eat any peach but an organically grown one

I look forward to the day when the discerning customer at a farmers market or grocery store insists on nothing less than imperfection, and can’t wait to get home and grab a paring knife and get going on a less-than-perfect piece of fruit, turning it into a perfect meal, with nothing wasted.