Between tending to animals and taking care of fences and fields, Organic Valley farmer and combat veteran Jordan Settlage finds time to stroll his pasture. It is teeming with life—clover, alfalfa, ryegrass—trees lining its green edges. On a sunny day, he pauses to watch a momma cow carefully tending to a calf, which is safe and snug right by her side. He looks over and smiles at his son, who is safe and snug right by his side. The way it should be.

Settlage’s experience in the Army led him to where he is today—milking cows and raising beef cattle, chickens, pigs, and ducks (just for entertainment) with his wife and three children on their 500-acre organic farm in Ohio.

“Everything is life-centered,” Settlage said of organic farming. “There are no chemicals, and it’s a more holistic approach. It’s all about growth and health, and that’s why I do what I do. It’s not death.”

Settlage worked on a conventional dairy farm while in high school. He joined the military and went to boot camp after graduating. Then came Iraq.

“War is a terrible, terrible thing. I don’t wish that on anybody. It’s every single thing you hear about and more,” Settlage said. He was shot at on his first mission. The 101st Airborne Division infantryman was only in Iraq for two weeks before he was ready to come home to his farm—to his family.

“It’s why I’m an organic farmer,” he said. “Because I don’t really like the ‘-cides’– herbicide, insecticide, fungicide, suicide, and homicide. I’ve been around enough of that.”

Farming eases his soul, he said. The love of his family also surrounds him: wife Dana, and children Micah, Asher, and Nora. Settlage knows his purpose and is finding peace. 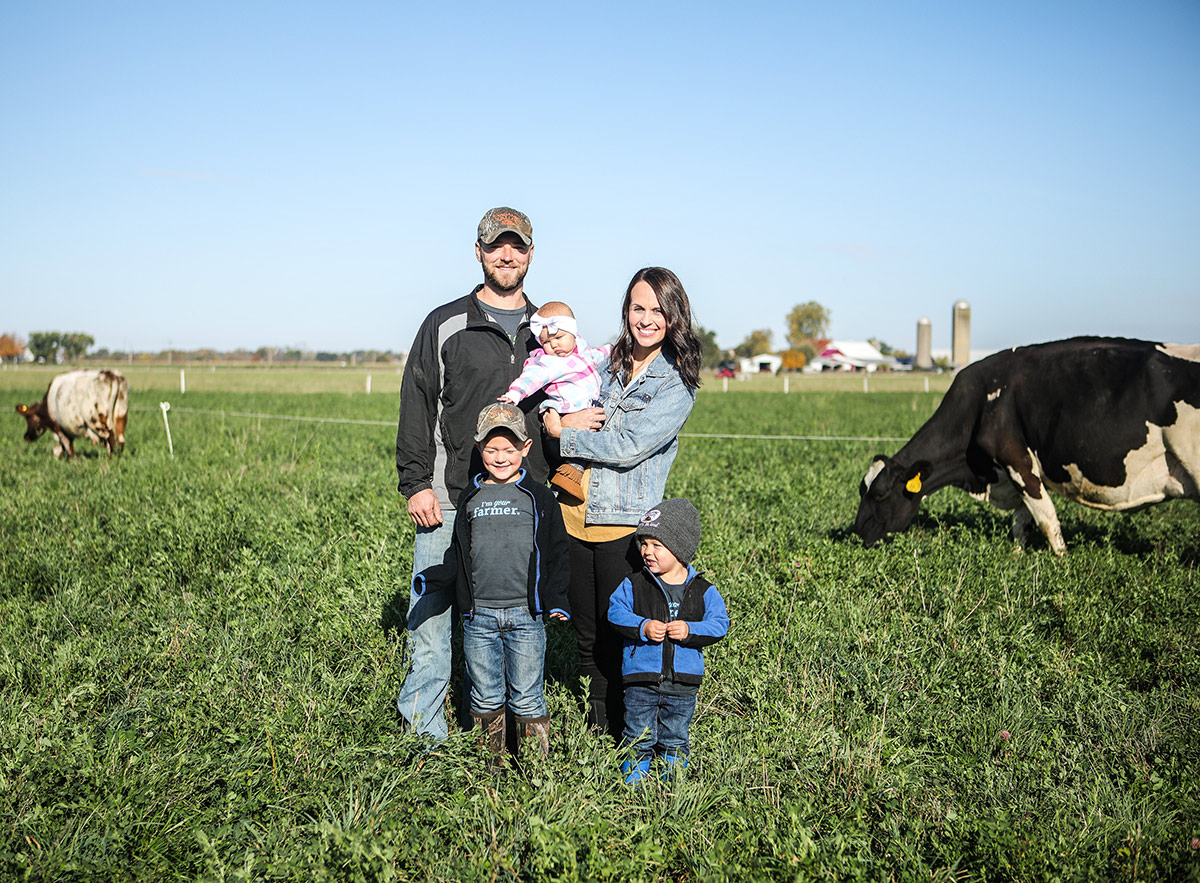 From Farm Fields to Battlefields and Back

“I grew up working hard; the military instilled more of that in me,” Settlage said. There are tough situations in the military and on the farm. “The tractor breaks, the cows are too white, the cows are too black, too much milk, too little milk, too much butterfat, too little butterfat,” he said with a smile. A tractor burning to the ground 20 minutes into the first cutting of hay was among the truly bad farm situations, he said on a more serious note.

Soldiers faced sleep deprivation in boot camp but “it wasn’t anything” to Settlage. “If you are chopping corn or whatever, you don’t sleep—this was nothing.” When they hiked, some soldiers’ feet would be sore and bleed, but not Settlage’s—his were toughened by the work that comes with being a farmer, he said.

His move back to civilian life created a loss of camaraderie, however. “If I can be with that group of guys, you have a purpose every day,” Settlage said.

What keeps him going? “I’m here, I’m farming, I’ve got my kids. Veterans kill themselves every day, that’s all true. It never goes away. I can’t live my life regretting joining the military. It took me 10 years to come to terms with things.”

Along with a more peaceful life on the farm, Settlage is using his creativity. He recently invented and built the “Shaderator” out of what he calls “junk.” It’s a portable shade for livestock, intended to reduce stress and improve animal comfort on sunny days.

A Lieutenant Colonel’s Care for Country

Wesen, who farms in Washington, got an Army ROTC scholarship out of high school and went to Cal Poly in California to major in dairy science. After college, he became a transportation officer in the Army Reserves.

He served a total of four years on active duty in Afghanistan, Operation Desert Storm, and at Fort Lewis in Washington.

“The military gave me a lot of management training that I wouldn’t have received if I went straight back to our farm,” Wesen said. “It also let me see parts of the world that I wouldn’t have been able to see otherwise, like Japan, Saudi Arabia, Germany, and Afghanistan.”

However, being away from home can be difficult.

“When you are in the military you long for stuff you can’t have,” Wesen said. “You can’t get in a plane and go if you want to. You can’t leave if you want to. It’s amazing how much you miss a hamburger!”

When asked his rank, the lieutenant colonel lightheartedly said, “not too shabby for a farmer—not as good as Dwight Eisenhower.”

Wesen said the military played a role in his decision to transition to certified organic. He didn’t know anything about organic 17 years ago, but while at Fort Lewis, he heard people talking about this nonconventional way of farming. When he returned from duty, a local potato farmer asked if he’d be interested in becoming certified.

Wesen said farming instills a strong work ethic and, “it’s a great way to raise kids.” He and his wife Danielle have two children: Andrew and Dylan.

He enjoys being a farmer and a service member. “I feel you are giving back to the country by farming and by being in the military,” Wesen said.

At Organic Valley, we wholeheartedly agree—veteran farmers give back in so many ways, from keeping our country safe to supplying the food chain. 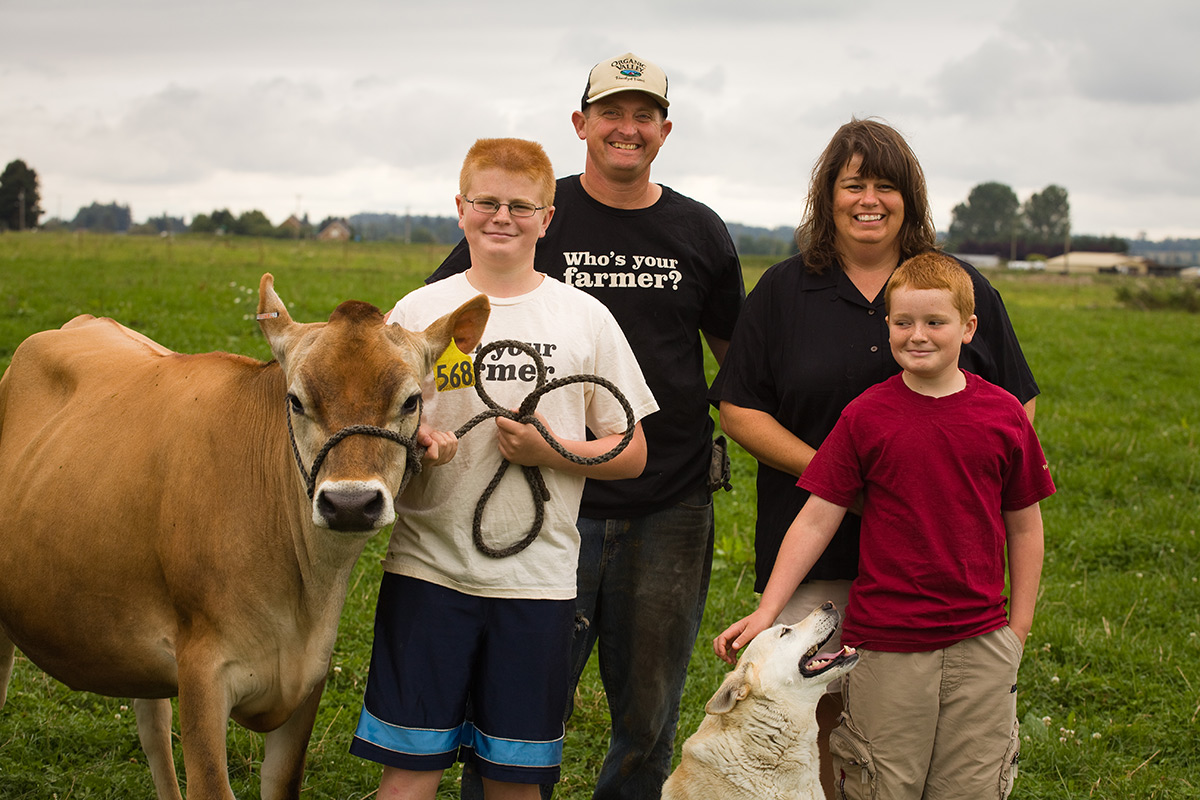 There were more than 370,000 agriculture producers with military service in the United States in 2017, according to the U.S. Department of Agriculture Census (most recent information available). These veterans farmed a whopping 130 million acres across the country.

The USDA has offered grants and programs to veteran farmers for years. However, the 2018 U.S. Farm Bill established even more support for veterans transitioning to the agriculture sector. There are numerous programs to help on their journey. USDA and its partner agencies offer extended support for veterans and ranchers, including down payment loans, reduced interest rates, business and financial education, and other assistance.

Organic Valley advocated for this funding with the help of the Organic Trade Association and other industry partners. The benefits of these programs go beyond farming and ranching in the traditional sense. They include careers such as crop grading, food safety inspection, and marketing–jobs that keep farms and the food system running.

Farmers and veterans often have outstanding work ethics, are physically fit, driven, and resilient—it’s a fantastic match. Dean Wesen and Jordan Settlage exude these qualities. They followed their paths, demonstrated their love of this country, and their paths brought them back to the farm. Settlage still keeps a note that he wrote in fifth grade that says, “I want to be a dairy farmer.” 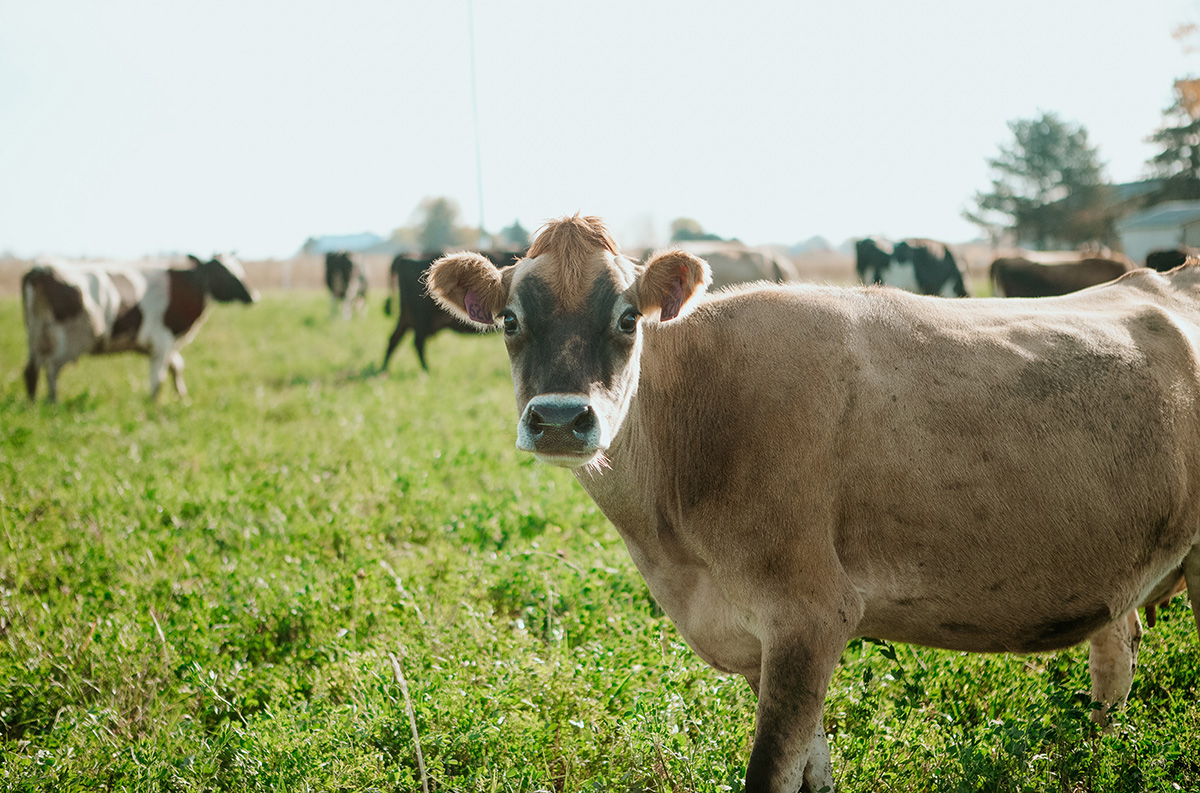 We thank Settlage, Wesen, and all veteran-farmers across the country for their service and for returning home to put good food on our tables. Thank you for your undeniable hard work and dedication in everything you do.