Life on an Organic Farm With a Newborn and a Toddler

Organic Valley farmers Conor and Alexis MacDonald along with their 3-year-old son, Rory, welcomed baby Bria into their world in late June.

While there is always time for snuggles and love with the little ones, it can be challenging for new parents to find time for things like chores and sleep (waking up every three to four hours to feed the new one makes for groggy days and often, foggy brains).

The day-to-day life on a farm doesn’t stop with the arrival of a baby—or before the arrival. Alexis milked cows until a few weeks before Rory was born. The animals are still cared for, cows milked, and barns and milking equipment cleaned like any other day. Love of family and love of the farm are quite motivating.

Even with a newborn, it is still out of bed and in the barn at 4:30 a.m. for the Maine farmers.

The MacDonalds, like all parents, find creative ways to get things done! It’s the same routine “except I am just more tired,” Conor said lightheartedly.

Bria takes naps in a portable sleeper in the barn where Mom and Dad can keep an eye on her. Rory is a “helper” at times but we all know toddlers’ attention spans are not always ideal when trying to accomplish tasks.

The MacDonalds learned from Rory how to stay on top of commitments with a toddler at their heels. They carried Rory around in a backpack carrier when he was a few months old while they moved pasture fencing, milked cows, and took care of anything else they could before the little guy got fussy. Now Bria gets the comfort and closeness to Mom or Dad as they spend time caring for their animals and navigating the organic fields with her snuggled in a backpack.

Once he was old enough to get around safely, Rory was given “chores” to keep him busy. While Conor fixes equipment in the workshop, Rory gets to blow things around with an air compressor—leaves or dirt or whatever is enticing. This is a safe place to play and if Rory is invested enough it may mean a full hour of work time for Conor!

The MacDonalds milk 40 to 45 cows and if Mom or Dad are in the milking parlor, they let Rory spray a hose and help clean the parlor. He also has his own little shovel to keep him occupied. They keep a special cushion in the tractor so he can ride around with Mom or Dad.

Of course, naptime is huge. Once the little ones are down it’s time to do anything and everything the couple can.

The children and cows keep them plenty busy but there are also kitties, three dogs, and a lone turkey that was pardoned from Thanksgiving dinner to keep happy and healthy. Conor loves animals … to a fault, Alexis joked. “Offer my husband any animal and he’ll say ‘yes.’”

Starting a Farm and a Family

A sign for “Bo’ Lait Farm” hangs proudly on the MacDonald’s barn, which is adorned with the beautiful shake siding that is so prevalent in Maine. The name Bo’ Lait Farm is a tribute to their heritage—bó is cow in Scottish Gaelic and lait is milk in French. 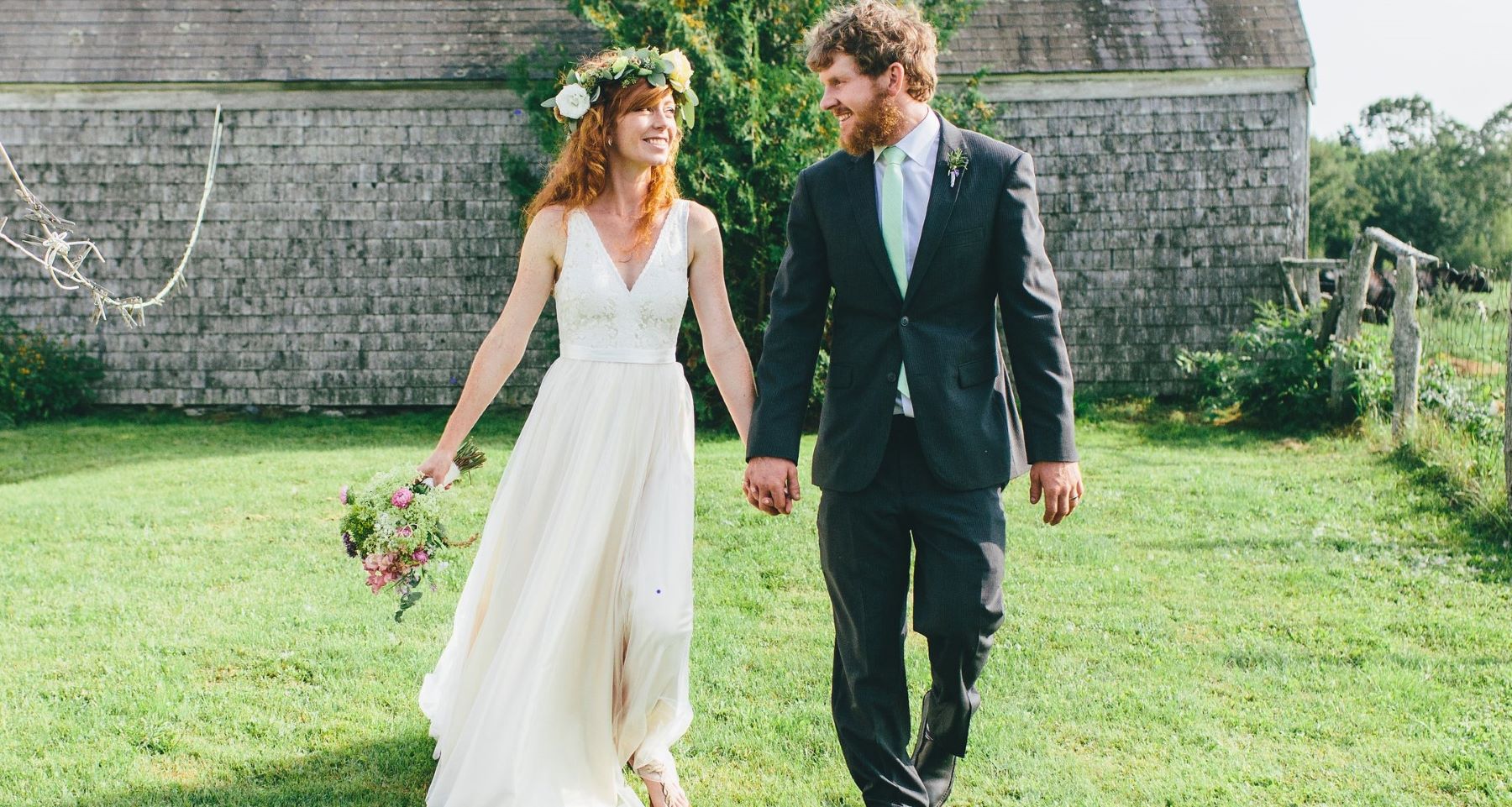 Conor was a soldier with the Green Berets. He grew up on a hobby farm and his uncle has a dairy in Nova Scotia. He wasn’t interested in taking a government job after his enlistment ended. Alexis grew up riding horses and they both enjoy animals, being outside, and working with their hands. The couple always believed in the importance of small family farms.

After deep consideration they decided to start an organic dairy farm and they gave it their all! They moved to the farm in 2015 and put in hours of work and a lot of money to refurbish buildings and turn the homestead into a beautiful gem. Alexis and Conor wed in August that year and held a reception at their newly acquired farm.

They had jumped into farming with little background. Alexis, a licensed social worker, continued to work full time for about two years.

“We were going to put all of our eggs in because that is the only way we saw this being able to work,” Alexis said. And it did.

Alexis is originally from Maryland and Conor, New Hampshire. They chose Maine because land was affordable and Maine Farmland Trust worked with them to make it even more affordable. (The organization shared a video about their partnership.)

The young couple turned the outdated 1970’s-era dairy that had a home that was built in the 1830s into a lovely farm. They even started an organic compost business with help from Maine Department of Environmental Protection. Family and their network of farmers on Maine’s Mid-Coast helped bring their farm to fruition, they say. Being first-time farmers can be stressful but they’d do it all again (admittedly, they’d do some things differently).

Alexis is glad they started small as it allowed them to figure out their strengths and weaknesses.

They can milk about 45 cows now in the time it took to milk 10 when they began farming. The cows get a lot of one-on-one time with the family and now Rory thinks everybody has a cow! 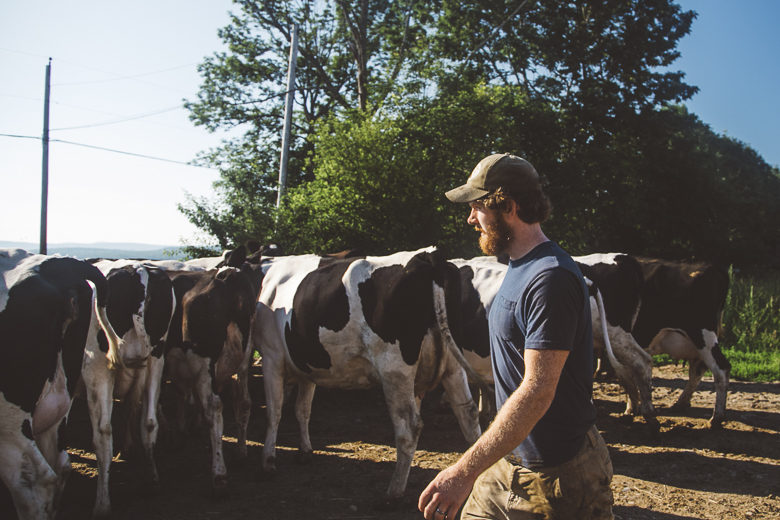 “It feels very different than any job,” Alexis said of the farm. “You are so invested in it that sometimes it’s hard to turn it off.”

Thank you MacDonald family and family farmers everywhere for your dedication!