In 2010, self-described “organic maniac” Quyen Phan traveled from Vietnam to the United States with her husband, Han Ha, and their 1-year-old son.

Phan went to the supermarket in search of an organic ultra-high temperature (UHT) milk that was ultra-pasteurized and shelf stable, to bring back to Vietnam.

“Vietnam imports large amounts of milk from the U.S. and other countries … but a majority (of imported milk) is conventional,” Phan said. “Back then, the term ‘organic’ was unknown in Vietnam.”

Phan filled several suitcases with 1-liter cartons of Organic Valley UHT Whole Milk so her son could enjoy milk that came from cows raised on organic dairy farms that did not use toxic pesticides, synthetic hormones, antibiotics or GMOs. She loved the health and environmental benefits, and her son loved the taste.

The next year, Phan and her family traveled almost 7,500 miles from Ho Chi Minh City to Seattle every three months to purchase more organic milk. For them, the health of their family was priority No. 1.

“We’d just go back (to the U.S.) and pack nothing other than just milk,” she said. “My husband was allowed three pieces of luggage; I was allowed three; my son was allowed two; so we’d have eight suitcases filled with just milk.” The milk was shelf-stable and didn’t need to be refrigerated. 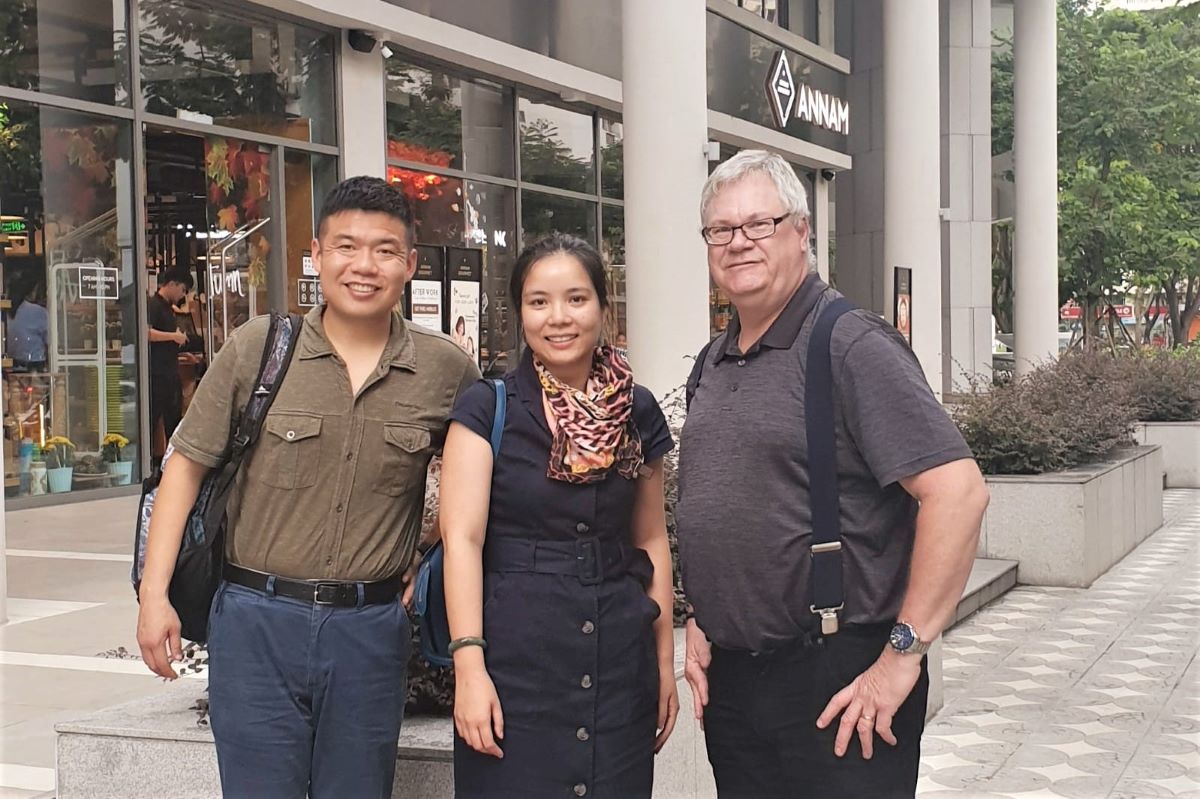 The quantities of Organic Valley milk in their suitcases raised some red flags with immigration officials. An officer asked Phan if she was selling organic milk on the black market. Phan told him it was for her son and he asked, “Why on Earth would you do that?”

Frequent overseas trips with a toddler proved challenging, but Phan wanted continued access to Organic Valley milk and she wanted to bring organic food to Vietnamese consumers. So, she decided to get creative. She became an organic milk distributor.

Ha and Phan were in the construction field and knew nothing about distribution, she said. Phan was determined to figure out a way to bring organic milk to their communities!

In 2011, Phan launched Coast to Coast USA, a wholesale distributor specializing in providing organic products to retailers across Vietnam and around the world.

Organic Valley was still new to the international market at that time and Curtis Olson, a sales representative with independent distributor Lipari Foods, questioned why the company should partner with an inexperienced distributor on the other side of the world. Phan made a convincing case.

“For a mom to keep going back and forth (from Vietnam to the United States) to pack her luggage and pay extra (luggage) charges to bring Organic Valley back, the passion is enough to sell the product,” she told him.

Coast to Coast USA accepted its first shipment in 2011.

Sharing the Benefits of Organic Dairy

Phan started to develop distributor relationships and build brand awareness. Coast to Coast USA participated in trade shows, hung banners at local schools, and handed out free samples. Phan even hired a doctor to speak to moms about the benefits of organic dairy.

“In the beginning, the sales were terrible,” she said, adding the milk was more expensive than domestic milk.

Phan credits her relationship with Organic Valley staff, including Global Business Development Supervisor Findle Zhao and Director of International Sales Craig Deadman, for her success as a new distributor in an international milk market.

“Findle, Craig, and I always emphasized the ‘Power of We’ from the motto of Organic Valley. We all worked together as a team instead of the manufacturer, vendor, and distributor relationship, which made us stand out in the crowd,” she said. “Without these gentlemen, we wouldn't have continuous growth in the market.”

Organic Valley products are now in 20 countries. Deadman works with a number of distributors   and is impressed with Phan’s tenacity.

“The drive to feed her own children through making trips just to buy our milk has translated into a very committed and innovative distributor who has a long-term commitment to Organic Valley, our farmers, and to giving the people of Vietnam a healthy, sustainable, and ethical source of dairy products,” Deadman said. 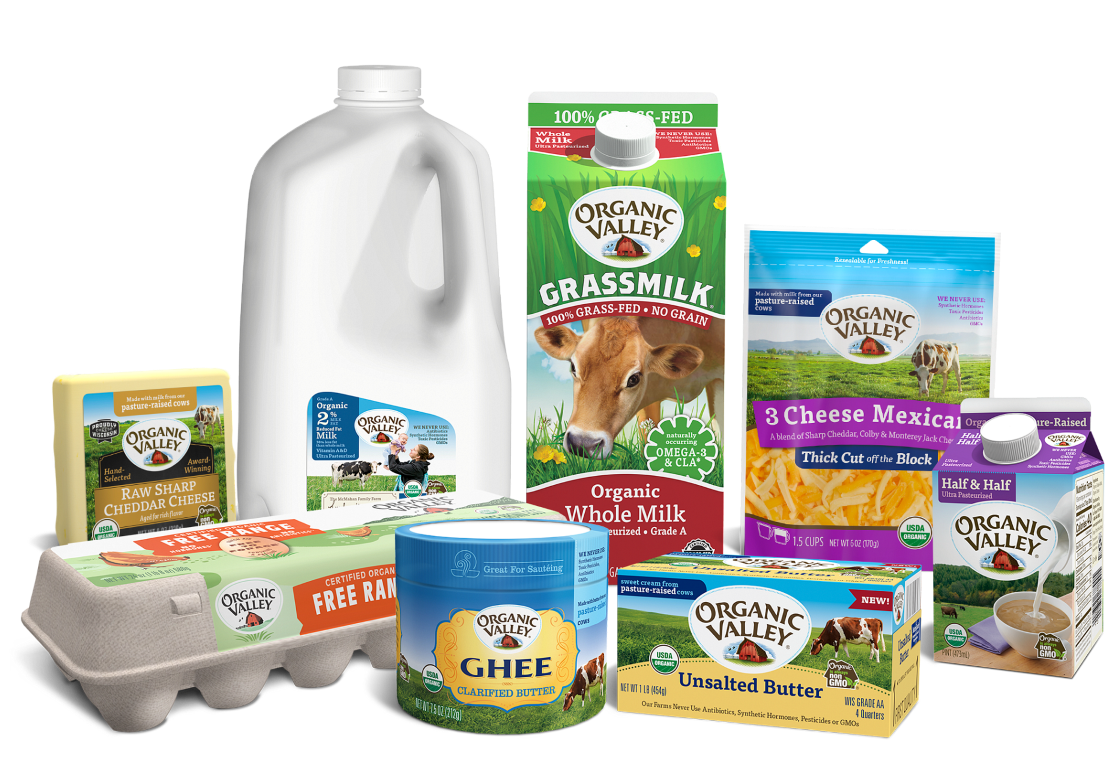 Phan, who splits her time between Vietnam and Troy, Michigan, now has three sons and she’s raised them all on Organic Valley dairy products.

Although her children don’t quite understand what their mom does—her oldest son once told his kindergarten class his mom was a farmer who got up early in the morning to milk cows and package milk for Organic Valley—they do appreciate having a refrigerator full of organic dairy products.

Phan is grateful, too. She credits the farmers for doing the hard work.

“I did have a chance to visit (an Organic Valley) farmer in December and I told him, ‘You don't know how much we appreciate your product and pasture and animals being taken good care of and being able to have the product in Vietnam,’” she said.

The availability of organic products is also a big deal to families in Vietnam. Phan reports that moms are the biggest purchasers of Organic Valley dairy, and she is always looking for opportunities to introduce the products to new audiences.

In 2020, after reading that health care providers working during the COVID-19 pandemic didn’t have enough time to stop for a meal, Phan donated Organic Valley products to frontline workers at Xuyen A Hospital in Vietnam.

The practice of giving back is part of the ethos at Coast to Coast USA and at Organic Valley. Phan aims to provide accurate information about the benefits of organic, provide premium organic products to retailers, and maintain strong connections with her customers.

“We keep telling our staff that we want to be ethical in our work, ethical in our efforts, our passions and our loyalty for the brand and that will keep the consumer coming back,” she said. “We learned it's always about the community; they have brought our business to where we are today.”