Women in Ag: Feeding the Future

On International Women’s Day we celebrate all the female farmers who are dedicated to families, animals, the planet, and producing nutritious food.

Kristina Ralph knows first-hand that being a farmer, a mother, and even simply a woman in agriculture is both hard and rewarding. She saw it growing up as she watched her own mother, former Organic Valley Chief Financial Officer Louise Hemstead, juggle an off-farm job, on-farm responsibilities, motherhood, and marriage; and she feels it in her own life as she raises two daughters, runs the family farm with her brother, and invests in her marriage.

“It’s a struggle,” she laughs. “I think it’s a struggle for all moms.” But for Ralph, and for Hemstead who passed away in 2018, the struggle is worth it.

Both women naturally gravitated toward dairy. Hemstead fell in love with cows during an internship on a dairy farm in college—eventually marrying a farmer and raising a family on a farm of her own. Ralph, who grew up on that very farm in Wisconsin, felt the pull to return while doing contract work for Organic Valley in Maine. 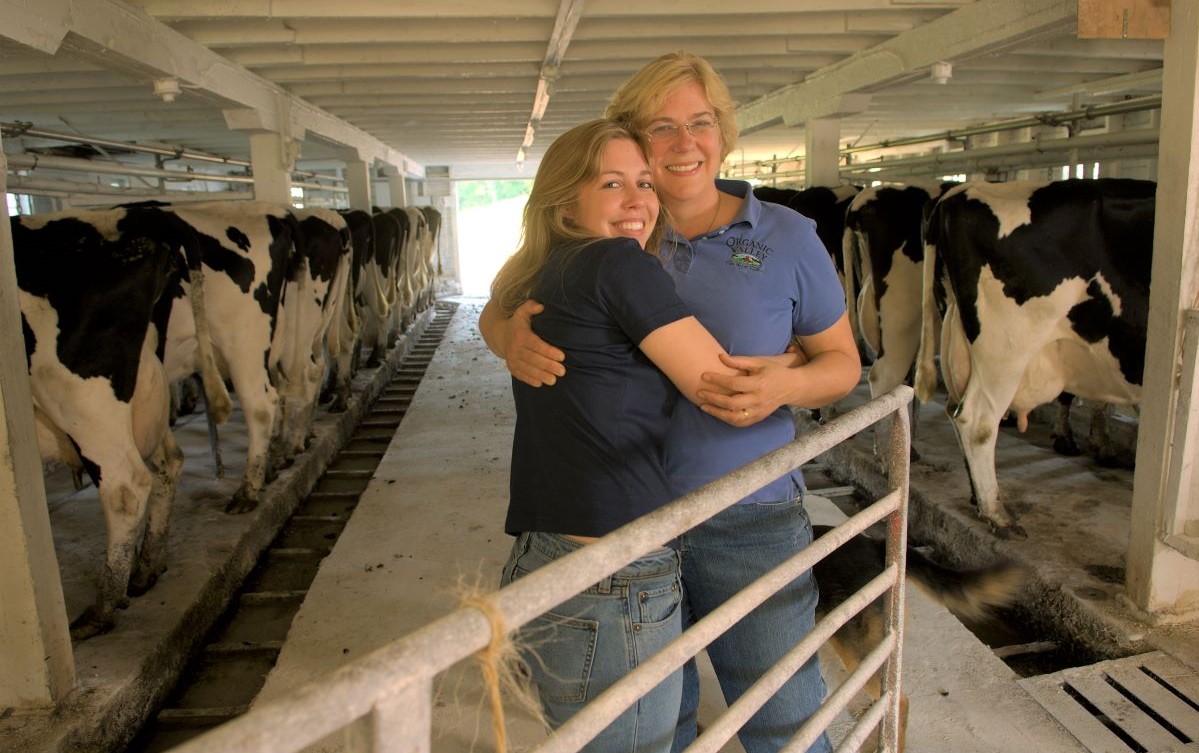 Kristina Ralph and Louise Hemstead take time for a photo in 2007. ©2022 David Nevala for Organic Valley

“When I was working and visiting the farms I found myself kind of just lingering around and milking their cows,” she says, laughing again.

As a female farmer in a country where 64% of producers are men, Ralph sees the unique strengths women bring to the agriculture industry, and again, the challenges they face. She watched her mom navigate a career where she was often one of the only—or the only—woman in the room.

“I remember her struggling with being the only female in a male-dominated field. She always tried to balance tenacity with kindness and modesty. And walking that line is something that I'm still trying to learn how to do,” Ralph said.

There’s no question that Hemstead helped pave the way for women in agriculture with her tenacity, kindness, and modesty. (Or that Ralph exemplifies these traits herself.) Over more than 25 years at Organic Valley, Hemstead dedicated her animal and food science expertise to overseeing all operational aspects of the cooperative, from product research, to quality assurance, organic certification, production scheduling and logistics, all while caring for her family and helping her husband on the farm.

“I’m still kind of in awe of what she did,” Ralph said.

Of course, this awe comes from a woman who holds a master’s degree in agroecology, gets up before 5 a.m. to milk cows on the organic dairy farm she runs with her brother, and is raising two young children with a third on the way. Like mother, like daughter.

Ralph’s admiration for her mom’s accomplishments is clear, but she’s not trying to make her own life an exact replica of Hemstead’s either. In fact, she’s carrying on her mom’s legacy in the most fitting way she can: by continuing to challenge double standards, make changes, and empower other women to follow suit.

“My mom worked very hard at her career, she worked so hard,” Ralph said. “She would help milk cows in the morning, go in and work all day, go to our sporting events or whatever we had going on when we were in school, make supper, milk cows, then work late at home on her laptop, and do it all over again.”

In contrast, Ralph is trying to teach her children to balance more, to not push quite so hard. “Because,” she sums it up, “women shouldn't have to prove themselves more than men.”

In addition to teaching her daughters that hard work speaks for itself, Ralph hopes to pass along the values she and her mom—and all Organic Valley farmers—share in regard to building a sustainable agriculture system. In a video honoring her contributions to the cooperative and the industry, Hemstead said it simply: “Organic Valley has always been about the next group of farmers.”

Ralph, a part of this “next group,” echoes her mom. “Being a steward of the land and taking care of what is there for future generations, not just for ourselves but for our children and grandchildren, is one of the most important things I can pass on,” she said. 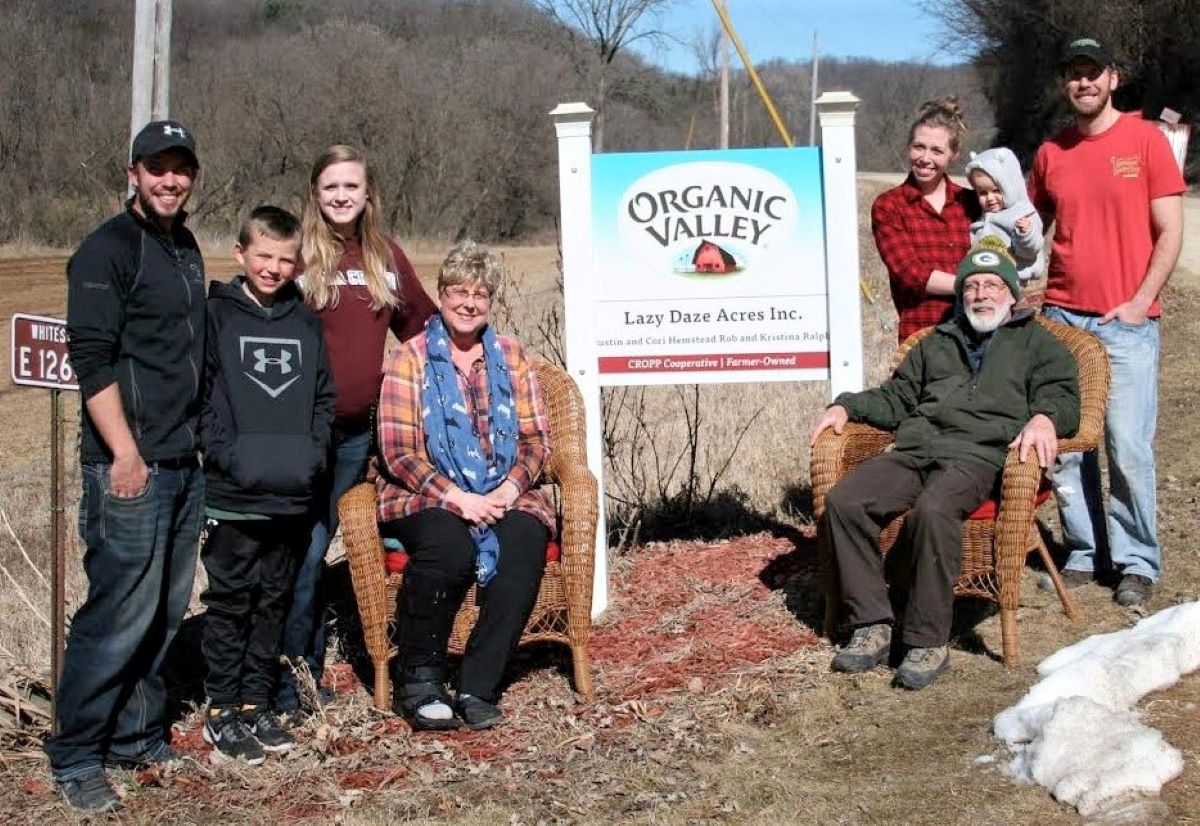 Generations of the Hemstead family are seen at their organic farm, Lazy Daze Acres. 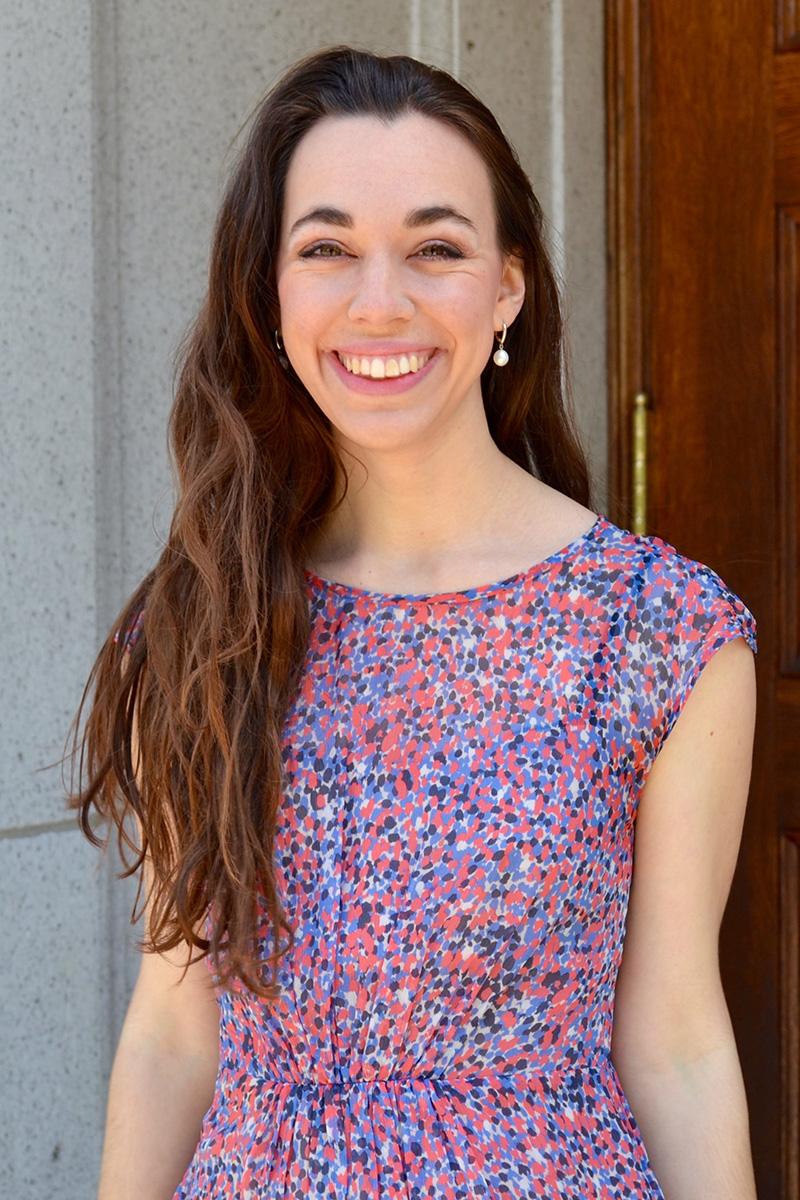 Caroline Carlson is a Driftless, Wisconsin, native and former Organic Valley intern. She works in journalism—writing and editing stories about, and for, rural America.