Earth Day and Organic Valley: 50 Years in the Making

In 1970, a perfect storm brought together over 20 million people in the U.S., and millions more globally, to demand a change to protect our planet. That year, 10% of ALL Americans—around 20.5 million people!—gathered together in universities, community centers, and public spaces to raise their voices in support of a healthier planet.

It was the intersection of two movements in the 1960s: the publication of a book that helped lay the foundation for the organic movement, and the power of the people that helped launch the modern environmental movement. This year, 50 years later, we celebrate all that was accomplished and all that will be accomplished in the next 50 years.

In 1970, rivers and streams were so polluted that they caught fire, chemical agriculture was born, and smog was overwhelming cities. The first Earth Day resulted in a bipartisan effort to improve our natural resources and our shared environment. Here are just a few of the things the first Earth Day accomplished:

Earth Day, You and Organic Valley

Eighteen years later, our founding farmers came together to form a cooperative that focused on principles rooted in the philosophies of Earth Day. Without the modern environmental movement, organic agriculture might have never arisen. Our mission was set: to create economic stability for family farms through organic agriculture. And to this day, 30-plus years down an increasingly crowded road, we’ve never strayed. We grow and sell only organic products, and we couldn’t do it without the millions of you who support us.

Since the creation of our cooperative, this is what we’ve accomplished with your help:

Supported the livelihoods of over 2,000 small family farms 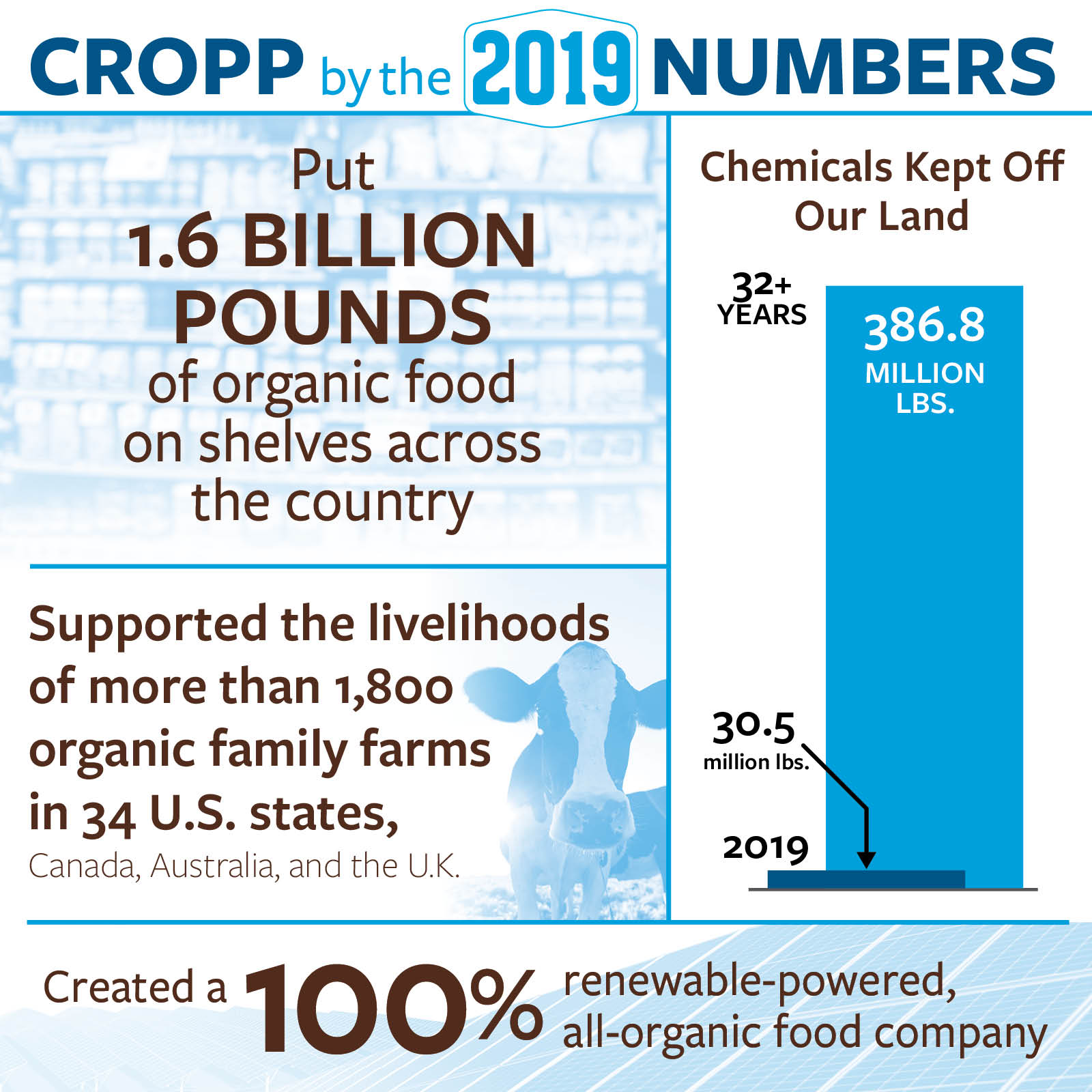 Just like the first Earth Day five decades ago, it takes you—the people—to raise your voices in support of the things you truly believe in to make a difference. There are still many improvements to fight for, such as reduced emissions, global support for sustainable agriculture, and sheltering the biodiversity that makes our planet special. Our earth needs everyone’s support now more than ever.

This is a unique Earth Day for many reasons. For one, no one should go out to a public place and contribute to the current pandemic. While you might not be able to march for the planet, you can act (even if it is from home).

What You Can Do

Considering the environmental and social impact of the food you buy, opting for local when possible, and reducing and reusing as much as you can goes a long way. And as many of our founding farmers believed, growing your own food is a radical step toward reshaping the country and the world. Whether it’s a window herb box or acres of veggies, every plant matters.

Here are a few actions we suggest for anyone who wants to make a difference on this unprecedented 50th anniversary of Earth Day:

We appreciate your support in helping us make real changes in the world, one step at a time. To learn more about upcoming voting opportunities, visit vote.org.