How Do Cows Make Milk?

Organic Valley cows eat lots of quality, organic grass, whether it's fresh from the summer pastures or eaten as hay in a warm winter barn. This also means that when you drink Organic Valley milk, you receive some of the nutrients that our cows get from grass! Let’s take a look at how cows make milk.

Cows eat a lot. They have not one, but four stomach compartments: the rumen, the reticulum, the omasum, and the abomasum. Collectively, a cow's stomach compartments can hold about 60 gallons of food! Compare that to an adult human stomach, which can stretch to hold a bit more than a gallon of food and fluid. 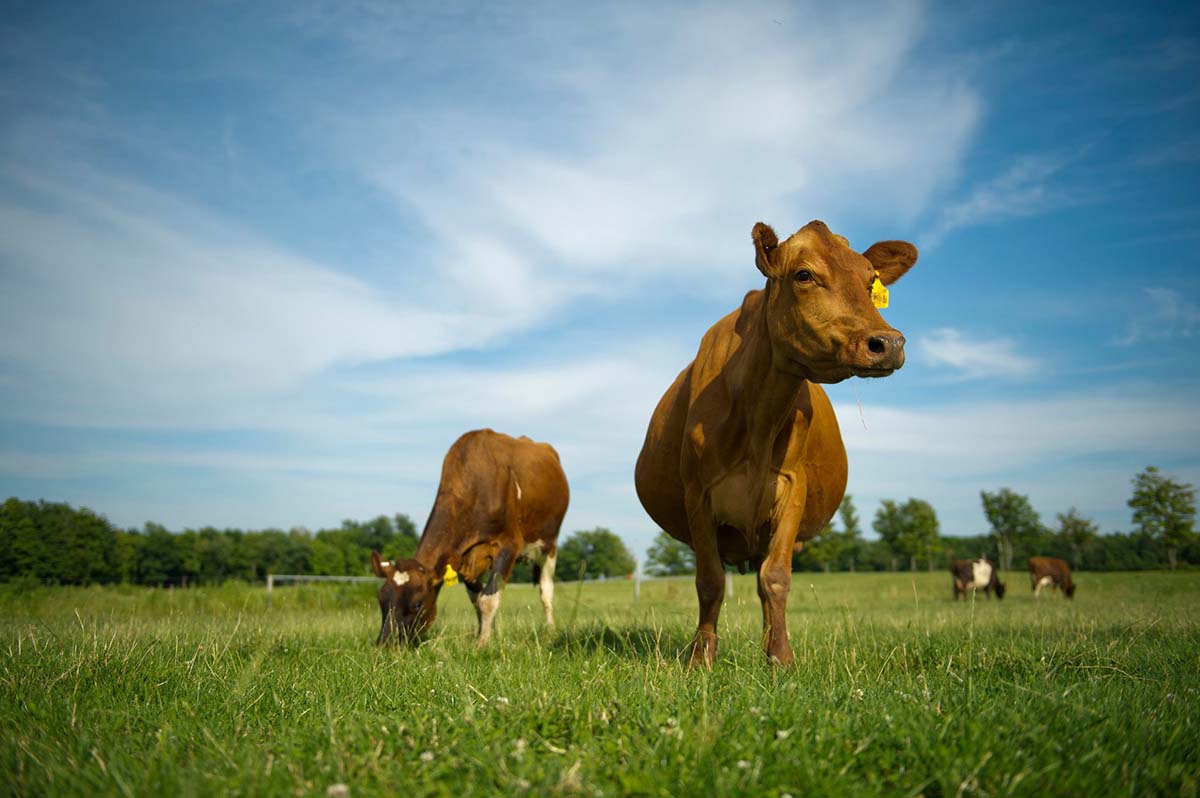 The rumen is the biggest stomach compartment and can hold almost 50 gallons at a time. There is no oxygen in the rumen so the food that a cow eats ferments. This is when little microbes break down plants and produce gas. Because cows do this in their stomach, they are able to break down grasses in a way that allows them to take in and digest nutrients that humans can’t.

The reticulum is nicknamed the honeycomb. Its job is to move feed from the rumen into the third stomach. The third stomach, or omasum, works like an accordion to squeeze out all of the water found in the now partially digested food.

The cow’s last stomach, the abomasum, is known as the true stomach because it is the most similar to a human stomach. It further breaks down food so that it can be digested in the cow’s intestines.

This is where the magic really happens. You see, the cows take in grass from pastures with lots of awesome nutrients. After they eat the grass, it goes through the cow’s stomach compartments before arriving at the intestines. Here, all of those nutrients from the grass (including the ones humans can’t digest) are absorbed and enter the cow’s bloodstream. From there, it's pumped throughout the cow's body, delivering nutrients like vitamins, minerals, and water to different parts of the cow.

Now that all of the nutrients have entered the cow’s blood, it is pumped to the cow's udder. The udder, known as the mammary gland, has special cells that take in these nutrients and water to produce milk! Only female bovines (cows) can produce milk. Additionally, cow’s milk has 13 essential nutrients.

Cows even have a special artery on their belly to ensure that enough blood is pumped to the udder to produce this milk. A cow can produce 30 to 80 pounds of milk each day!

Once the blood reaches the udder, the epithelial cells take all of the delivered nutrients and begin to produce milk. Each mammal produces its own special type of milk. Cow’s milk consists of about 87% water and about 13% milk solids. 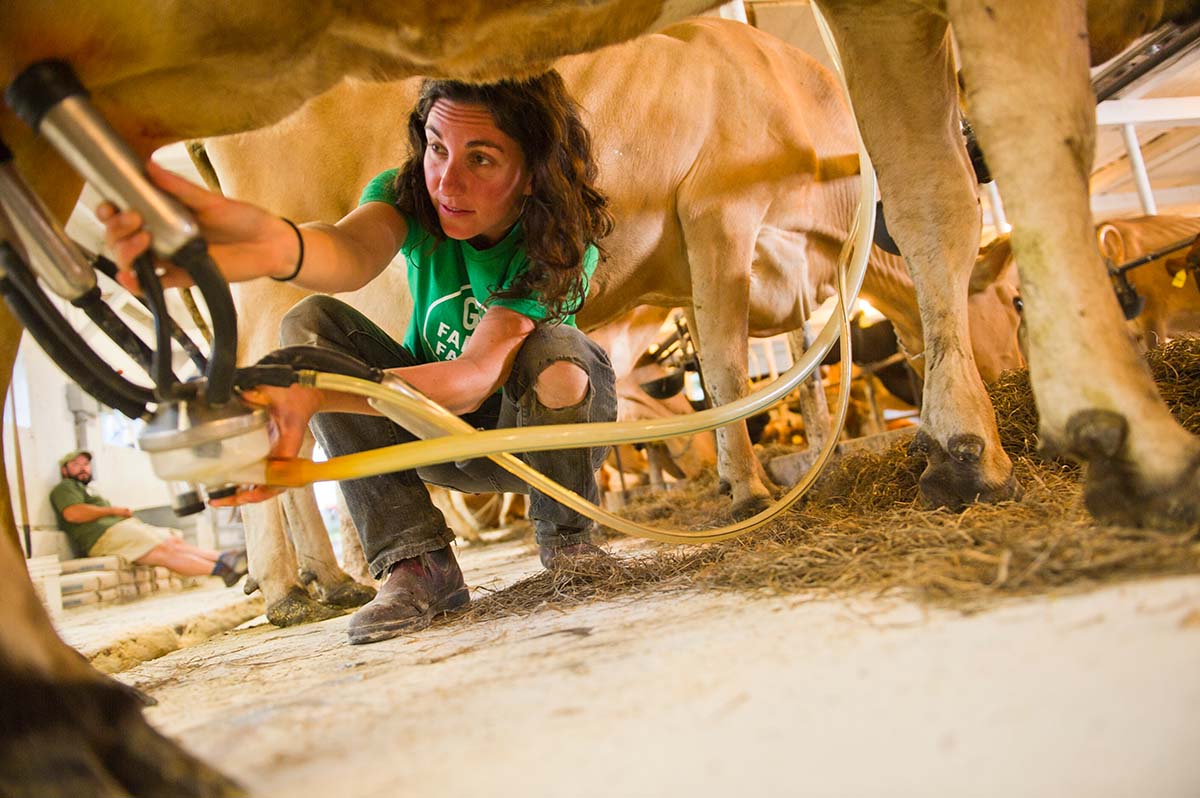 Time to Milk the Cows!

Organic Valley cows spend a lot of time on organic pastures eating super yummy grass and then hours later they get milked. Milking a cow takes about 10 minutes. Some farms only milk one or two cows at a time, while others milk dozens.

Milking begins when a cow enters a milking parlor or in some cases, their stall. When a cow enters the parlor they receive a visual cue just by seeing the milking parlor that tells them to start releasing milk. This is further emphasized by the practice of forestripping, in which farmers milk out the first stream of milk by hand.

Then the farmer cleans the cow’s udder with a special solution to make sure nothing gets into the milk supply. After that, the cows are ready to get milked!

The farmer attaches a milking unit with special suction that pulsates 40 times every minute as it carefully and gently removes the nutrient-rich milk from the cow. From there, the milk travels into a pipeline where it is rapidly cooled and stored in a bulk tank until a milk truck arrives to pick it up. Soon after, it is packaged, put on the shelf, and voilà—ends up in your glass. All Organic Valley dairy products go through 57 quality checkpoints before they get to you!

And there you have it, green organic pastures lead to awesome, nutritious organic milk!