On the fifth day of the fifth month Organic Valley has five things on its minds. Visit Rootstock for five days to be even more fascinated! 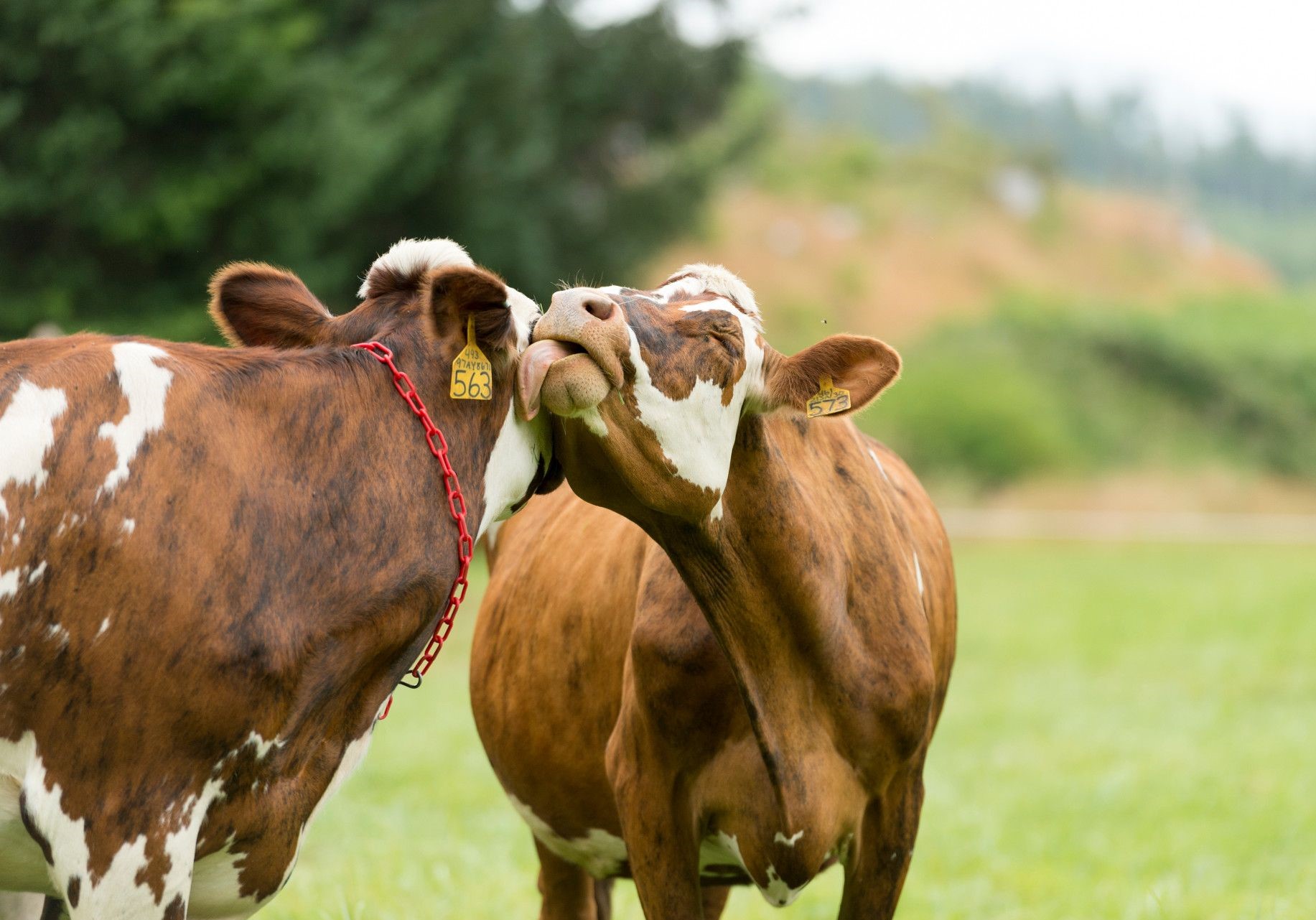 Cows on the Johnston family farm in Oregon.

It’s hard to narrow down all of the fascinating facts about one of our favorite animals but here are what may be some lesser-known facts about cows.

1. Can cows swim? Yep, believe it or not, though many hover around the 1,400-pound range, cows don’t sink like a stone. Organic Valley farmers have seen cows in action. Cows don’t spend much time swimming on Organic Valley farms, but when there is pasture waiting on the other side of a stream, cows are eager to swim on over for fresh greens.

2. Cattle have an incredible sense of smell. Cows have 1,071 olfactory receptors, giving them a better sense of smell than dogs and humans. To breathe in scents, cows curl back their upper lips and expose their front teeth, closing their nostrils to bring scents to their noses. Thanks to their powerful olfactory systems, cattle can detect odors up to 6 miles away, which is not just essential for sniffing out food and water; it’s also an important defense mechanism that helps alert them to predators. There is even research that shows cows can sniff out stress in the urine of other cows.

3. Cows are herbivores and eat a diet of grasses—a lot of grass! Cows have four stomach compartments: the rumen, the reticulum, the omasum, and the abomasum. Collectively, these compartments can hold about 60 gallons of food! Organic Valley dairy products come from cows that eat grass as the majority of their diet. Our Grassmilk® dairy products are 100% grass-fed. Cattle are also very thirsty animals and drink 30 to 50 gallons of water per day. 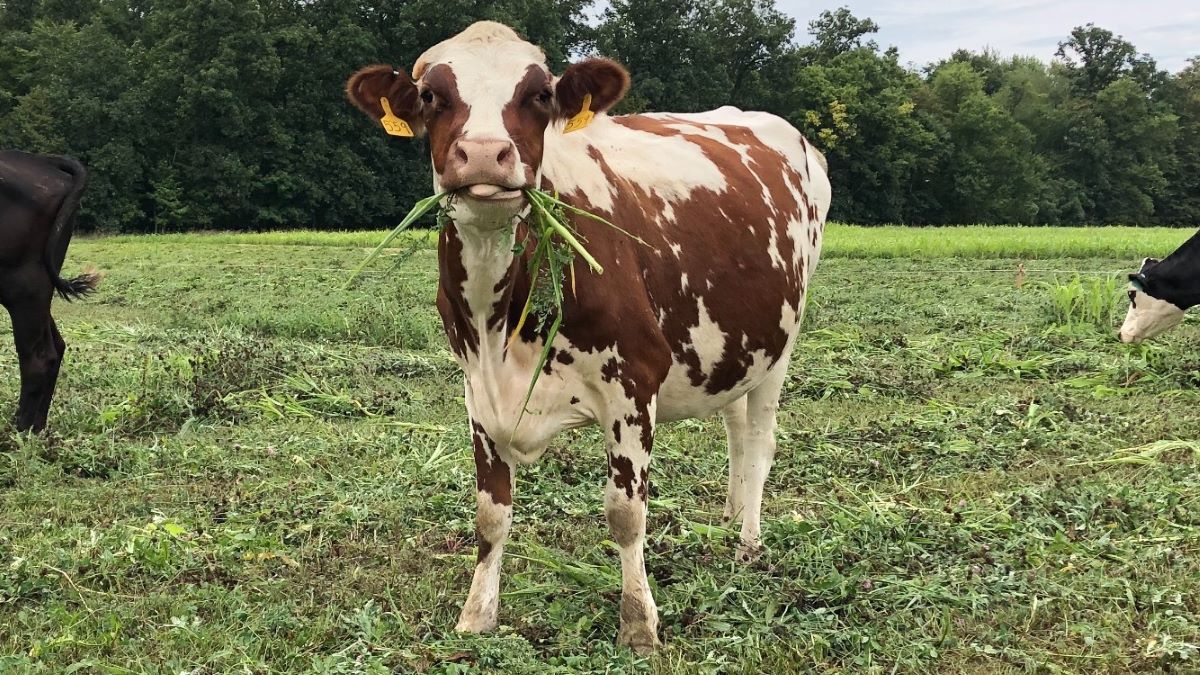 A cow munches away at the Settlage farm in Ohio.

4. You might be familiar with Holstein and Angus cattle breeds but there are 268 cattle breeds in the world. The United States is home to 9.38 million dairy cows, including breeds like Holstein, Jersey, Guernsey, Brown Swiss, and Ayrshire and 30.1 million beef cattle breeds such as Angus, Charolais, Hereford, and Simmental. Holstein and Jersey are among the most popular breeds on Organic Valley farms.

The Pineywoods breed is believed to be one of the oldest breeds of cattle in the United States. It’s reported to be a descendant of cattle breeds that the Spanish brought to the New World in the 1500s. Now, it’s listed as “critical” by the Livestock Conservancy. Other North American cattle breeds, including the Milking Devon, Canadienne, and Texas longhorn are also listed as threatened or critical, which means there are fewer than 5,000 animals from the breed—and sometimes fewer than 500 animals—in existence. It’s believed that the first cattle were imported into the U.S. from Spain in 1493 when Christopher Columbus made a second passage to the New World.

5. Cattle have 32 permanent (adult) teeth that include incisors, premolars, and molars. Their first 20 teeth, called deciduous or milk teeth, will fall out and be replaced with adult teeth but all cattle, regardless of age, or breed, have no upper front teeth. Cattle use their powerful tongues—which have 25,000 taste buds—to pull grass or grab hay and then chew it between their lower teeth and the hard pad (called the dental pad) on their upper jaws.

To eat tough stems or grass, cattle grind them between their molars using a side-to-side motion. It’s an effective system for an animal that takes up to 890 bites per hour and chews up to eight hours per day.