On the fifth day of the fifth month Organic Valley had five things on its minds. Visit Rootstock for five days to be even more fascinated! 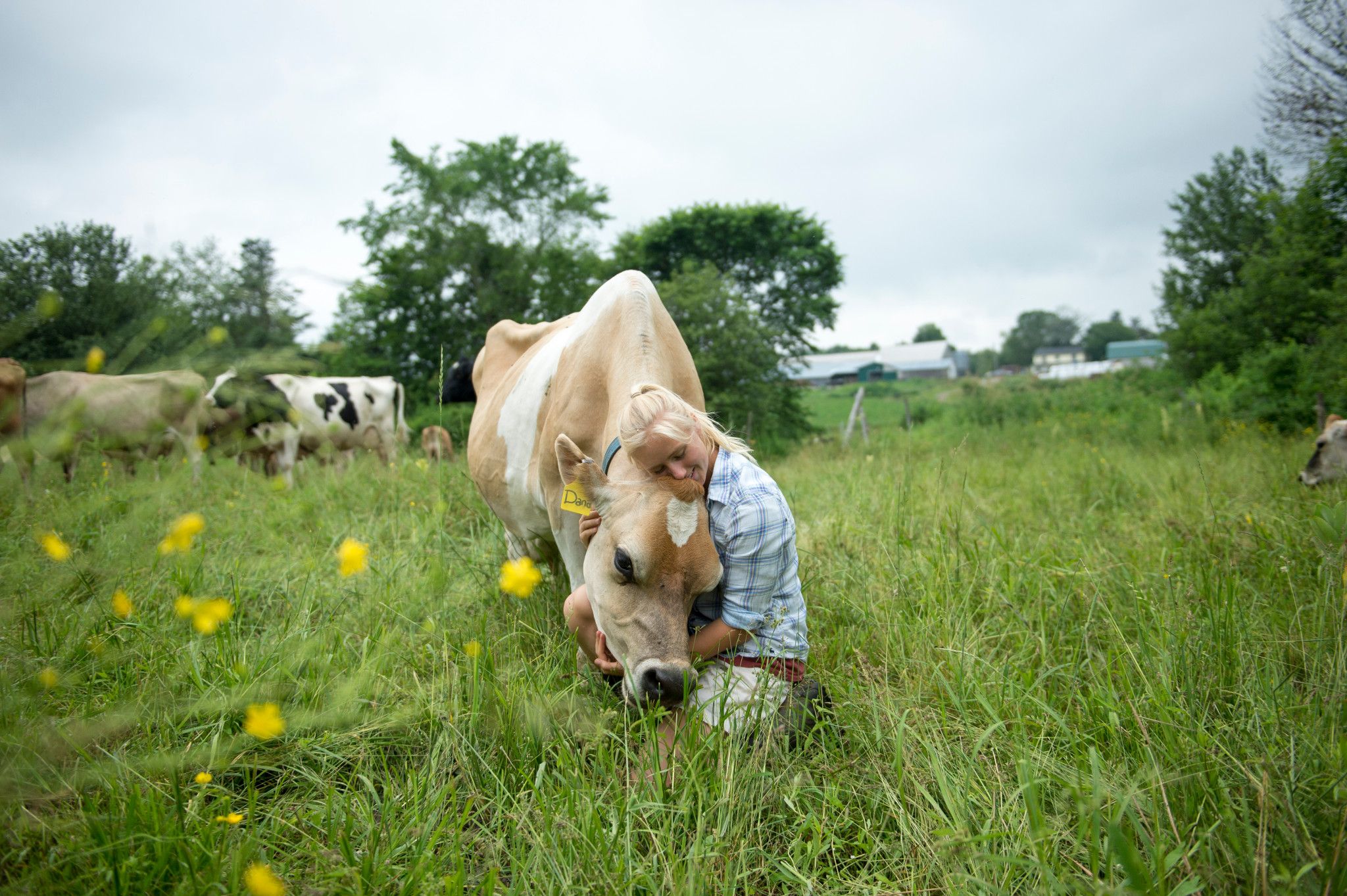 The Hartkopf farm in Maine. ©David Nevala for Organic Valley.

At Organic Valley, we love grass and greens in general. “Grass” includes a lot of plants. An Organic Valley cow’s diet of grass and other fresh forages makes them healthier, giving them a better balance of omega-3 fatty acids, and that benefit shows up in the milk we drink! Here are five interesting facts about grass.

1. Grass acts like air conditioning in the hot summer sun. The temperature of turfgrass is about 25 F cooler than the temperature of the sidewalk thanks to a process called transpiration, which occurs when water moves from the roots and evaporates into the air, causing a cooling effect. Since there are more grassy areas, including pastures, in rural areas, it helps keep temperatures cooler. Daytime temperatures in urban areas can be 7 F higher than temperatures in rural areas because there is less grass in cities. Even in neighborhoods, grassy areas act as coolant in the hot summer sun. Estimates show that the front lawns on a block with eight houses produce as much of a cooling effect as 70 tons of air conditioning! 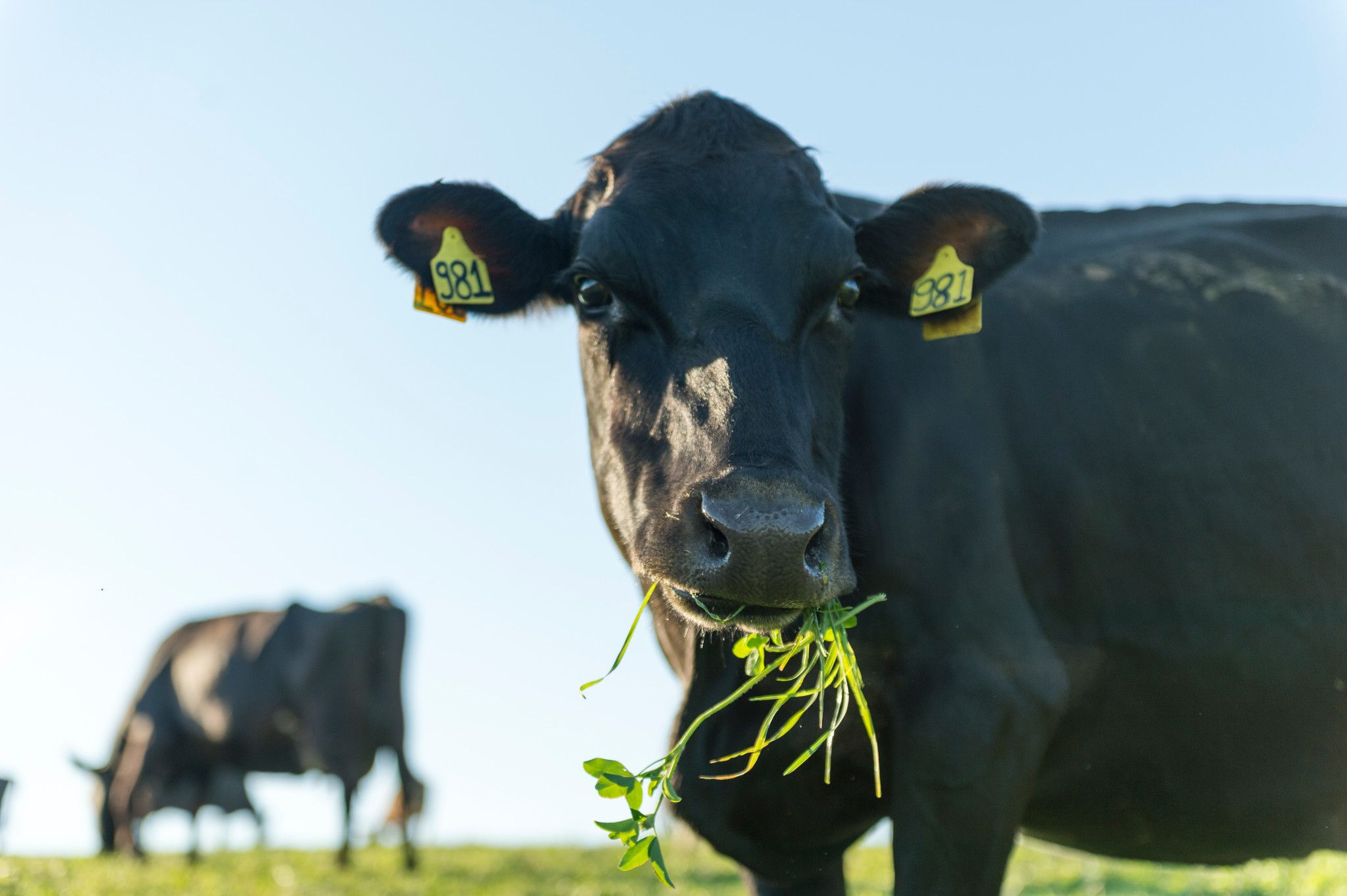 A cow munches on clover and grass at the Stoltzfoos farm in Pennsylvania.

3. Pasture is good for the planet. The blades of grass in the lawn to the grass growing in a pasture have environmental benefits. Grass produces oxygen, reduces erosion, filters water, improves flood control, and provides wildlife habitat. It also sequesters carbon. Carbon sequestration converts carbon dioxide, a powerful greenhouse gas, from the atmosphere and stores—or sequesters—it in the soil. This captured carbon is stored below the ground, where it builds up organic matter in the soil. While the average U.S. lawn sequesters 300 pounds of carbon per year, pastures across the U.S. have the potential to sequester up to 110 million metric tons of carbon. One study called grazing lands, “one of the most significant reservoirs of soil organic carbon.” Organic pastures have an important role in carbon sequestration, storing 26% more carbon in the soil than conventional farms.

4. There are an estimated 10,000 species of grasses worldwide, including 1,400 species in the U.S. Grasses are part of the poaceae family and range from small species like annual bluegrass to large species like bamboo. Individual grass species are broken down into warm-season and cool-season grass based on their environmental preferences, growth patterns, and management (maintenance) needs. Warm season grasses like switchgrass, Indiangrass, and blue grama are well suited to hot, dry weather while cool-season grasses like bromegrass, orchard grass, and western wheatgrass prefer cooler temperatures. Since cattle graze all year, farmers often use a combination of warm- and cool-season grasses in their pastures.

5. The United States is home to 1,465 sod farms of 339,451 acres total in 49 states. NASA satellite imaging showed that there are more than 40 million acres of lawn nationwide, making up 1.9% of the surface area in the continental United States, which makes turfgrass the number one irrigated crop in the nation.