The soil can’t speak, but what we learn from it can say a lot. This is why Organic Valley has teamed with a Massachusetts company to quickly get important information on soil carbon.

Organic Valley promotes several environmental practices and soil measurements can help determine how well they are working. The company, Yard Stick, created a handheld device with a probe that is put in the ground to accurately take soil carbon measurements of the soil. Results of the probe go to a web interface where soil testing results can be viewed quickly.

The technology allows researchers to forego the traditional process of collecting soil, putting it in a box, and sending it to a lab. There are often bottlenecks in processing samples at private and university labs and it can take months to get results.

Organic Valley always looks for ways to innovate and support organic farms and the newer process makes soil analysis much easier. When pulling carbon soil samples you traditionally wait three to five years between samples. Soil sampling can be done at much shorter intervals and it is less expensive through Yard Stick.

The partnership with Yard Stick took root in early 2021 in an effort to learn what amount of carbon is in the soil at Organic Valley’s test plots near the Kickapoo Valley Reserve in Wisconsin.

“Organic Valley's work addresses key risks in soil health, climate resilience, and producer income, and we're encouraged to see our technologies start to make a difference among brands with such a compelling vision of the future," he said.

A team is comparing the soil sample results with other area test fields. If the pilot program is successful, the goal is to share the technology with our member farms.

Why is it important to increase the amount of carbon in the soil? 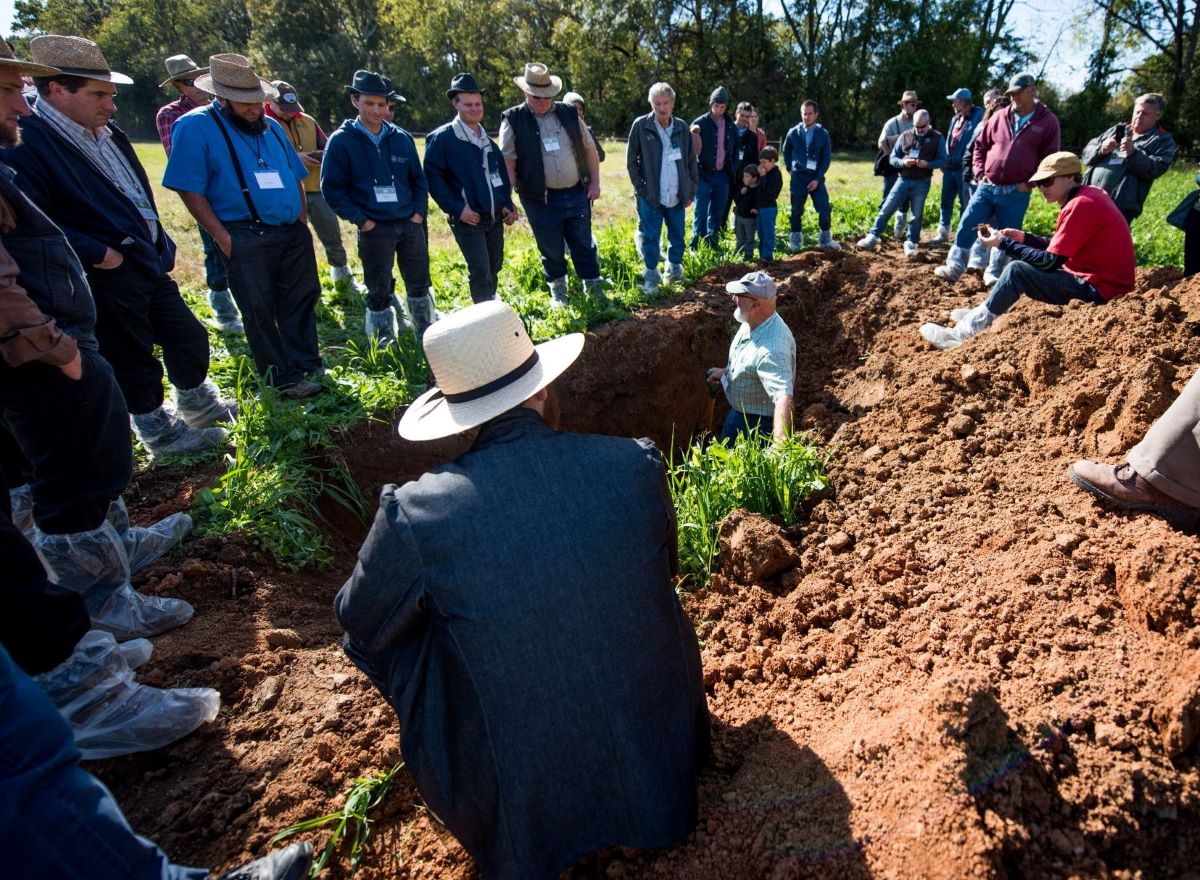 Organic Valley farmers gather to learn about soil health at a farm in Ohio.

There are numerous claims being made about agriculture’s ability to sequester carbon as part of the climate solution. Without measurement and verification it is unclear if the practices are working, said Nicole Rakobitsch, Organic Valley director of sustainability.

Organic Valley has big climate goals! We are committed to becoming carbon neutral by 2050. As the country’s largest farmer-owned organic cooperative, our journey toward a carbon-neutral supply chain will take time and dedication. A series of milestones aims for 15% progress toward carbon neutrality by 2030, and 30% toward carbon neutral by 2035. Knowing if the amount of carbon in soil is increasing over time gives us information needed to work toward our goals. Increasing soil carbon is part of the climate solution, Rakobitsch said.

All life on Earth depends on carbon. Carbon is the basic building block of all living organisms and the foundation of our DNA! Carbon can be in the form of a solid, liquid or gas. The amount of carbon we have on Earth doesn’t change, which means the carbon we have today is the same as it was millions of years ago.

What is constantly evolving is the form and location of our planet’s carbon, a process called the carbon cycle. When too much carbon enters our atmosphere, it acts like a blanket trapping heat from the sun, which causes global temperatures to rise, shifting the Earth’s jet stream, ocean currents, and weather patterns leading to erratic rainfall and storm events, water scarcity, rising sea levels, and more.

Agriculture, especially regenerative organic agriculture, has a big role to play in lessening the effects of climate change because soil stores several times the amount of carbon as the atmosphere, acting as a natural “carbon sink.” According to the Rodale Institute, “On-farm soil carbon sequestration can potentially sequester all of our current annual global greenhouse gas emissions.”

What is Carbon Sequestration?

The United States Geological Survey defines carbon sequestration as the process of capturing and storing atmospheric carbon dioxide. It is one method of reducing the amount of carbon dioxide in the atmosphere with the goal of reducing global climate change. Carbon sequestration can occur in plants, soils, geologic formations like oil and gas reservoirs, and oceans. Locations where carbon can be stored for long periods of time with minimal leakage are known as carbon sinks.

When it comes to “sinking” carbon, agricultural lands can be game changers! Grazing lands alone store up to 10%-30% of the world’s soil carbon reserves. Trees, plants, and crops absorb carbon dioxide through photosynthesis and store carbon in the biomass of tree trunks, branches, leaves, roots, and soil. Soils are the largest land-based carbon sinks on the planet! 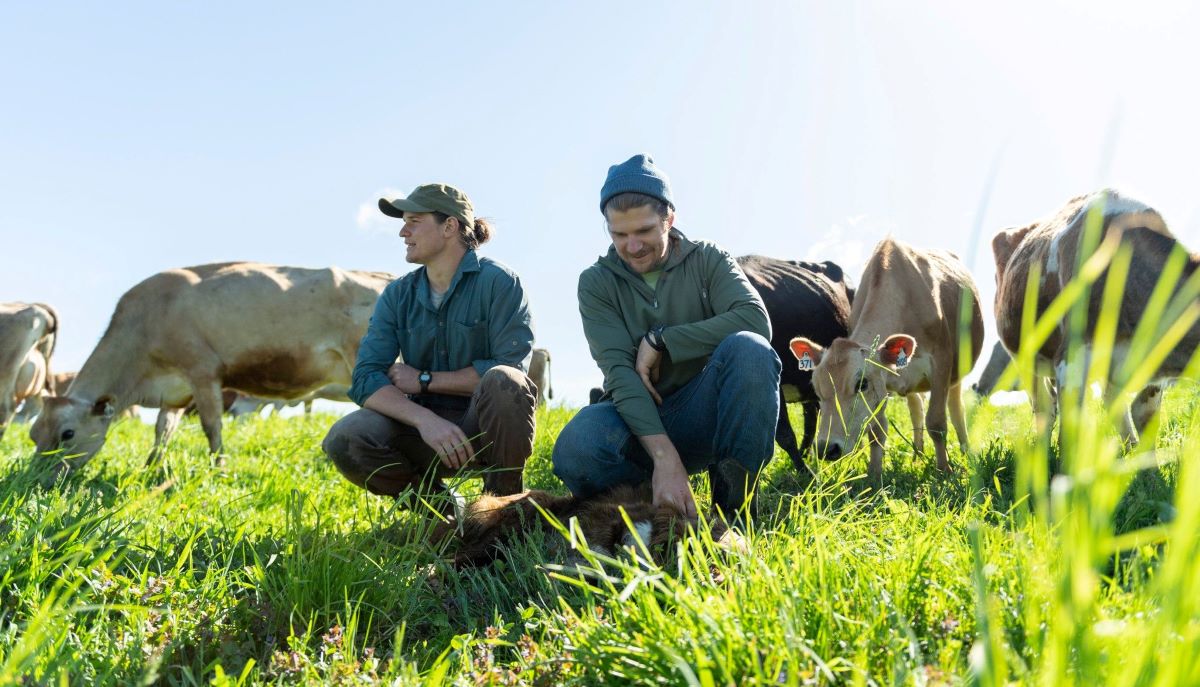 The Beard brothers check on pasture at their family farm in Iowa.

Pasture isn’t just grass. It’s a living ecosystem that gives animals the nutrition they need to thrive and good grazing practices on organic pastures help increase carbon sequestration and contribute to reversing climate change! Organic Valley farmers give their cows access to pasture every day they can during their grazing season. The only exceptions are during bad weather, excessive heat, or if a cow is breeding or not feeling well.

Some Organic Valley farmers are even moving to silvopasture systems, the thoughtful pairing of trees, pasture, and grazing animals like cows and sheep to create a healthy ecosystem and stable farm income for generations.

Organic Valley farms also do their part for the climate by sequestering carbon from the atmosphere, installing renewable energy systems, keeping 440 million pounds of synthetic chemicals off the land, and much more. On the business end, 100% of the electricity at Organic Valley’s owned facility comes from renewable energy sources.

As Organic Valley moves toward our carbon neutrality goal, we look forward to more partnerships with Earth-friendly organizations, and companies like Yard Stick, that are dedicated to the climate solution. 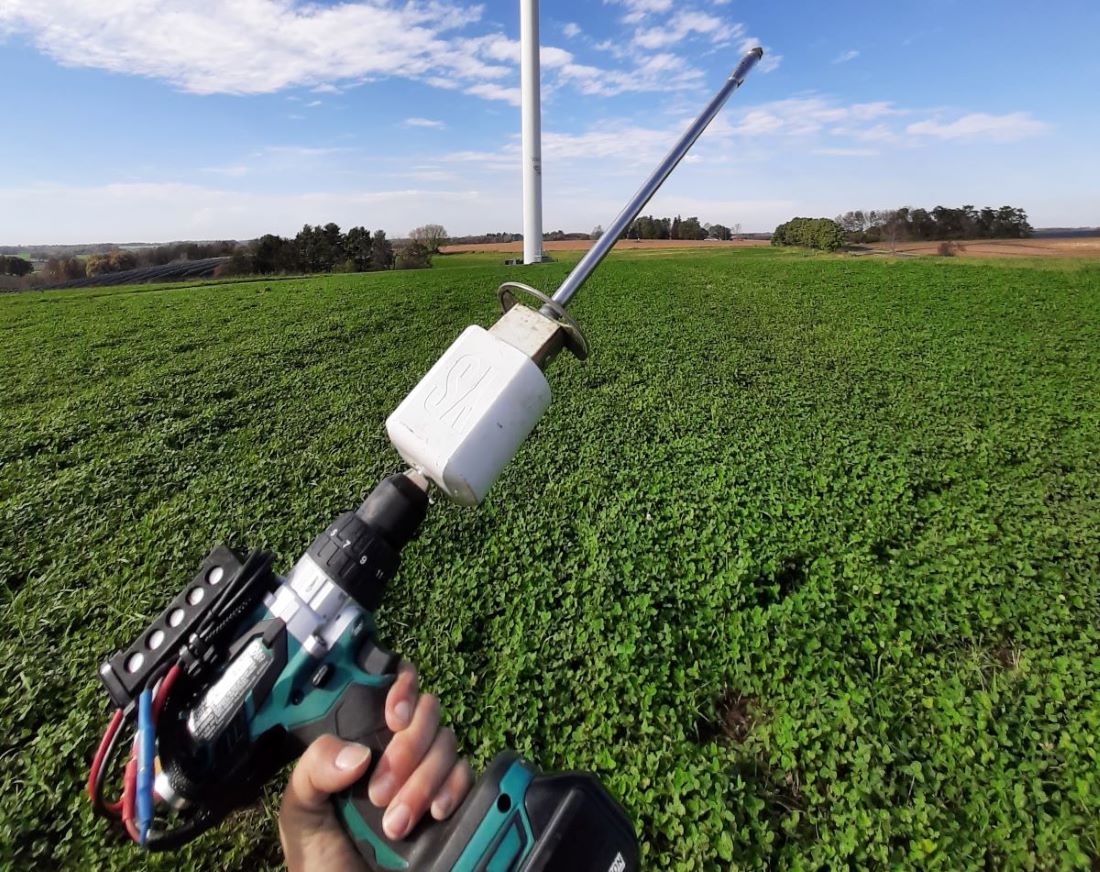