A Sustainable Seaweed Diet Designed to Reduce Methane in Cows

Joe Dorgan, a Canadian dairy farmer on Prince Edward Island in the Gulf of St. Lawrence, had always been resourceful.

In 2006, Dorgan started feeding his cows seaweed that washed up on shore to reduce input costs and increase uptake of natural vitamins and minerals. Before long, Dorgan started noticing benefits beyond the cost savings: When his cows ate wild seaweed, they were healthier, more fertile and produced more milk.

Dorgan was on to something. 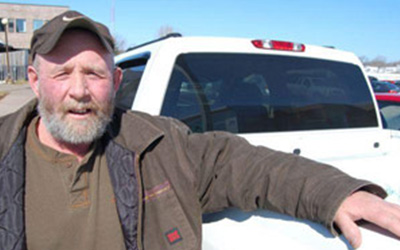 Dorgan got to work trying to unlock the secret his seaweed held. He sent seaweed samples to Dr. Robert Kinley, a researcher at Dalhousie University at the time. Kinley’s tests found that the seaweed Dorgan was feeding his herd reduced enteric methane emissions by 20%. Enteric fermentation is part of the digestive process of all ruminants, where gut bacteria decompose grasses, digest their nutrients and produce methane as a byproduct.

After dozens of experiments all over the world, it looked like seaweed might finally be an all-natural solution.

Dr. Kinley moved to Australia for a research position at the Commonwealth Scientific and Industrial Research Organisation (CSIRO), but continued to think about Dorgan, seaweed for enteric methane reduction and the enormous opportunities available.

Kinley and his team designed a study of seaweed species from around the world to determine which seaweeds would have the most benefits. To their surprise and delight, a tropical species of red seaweed called Asparagopsis taxiformis (A. taxiformis) stood out from the rest, eliminating virtually all methane in experiments simulating the conditions of digestion in cows. 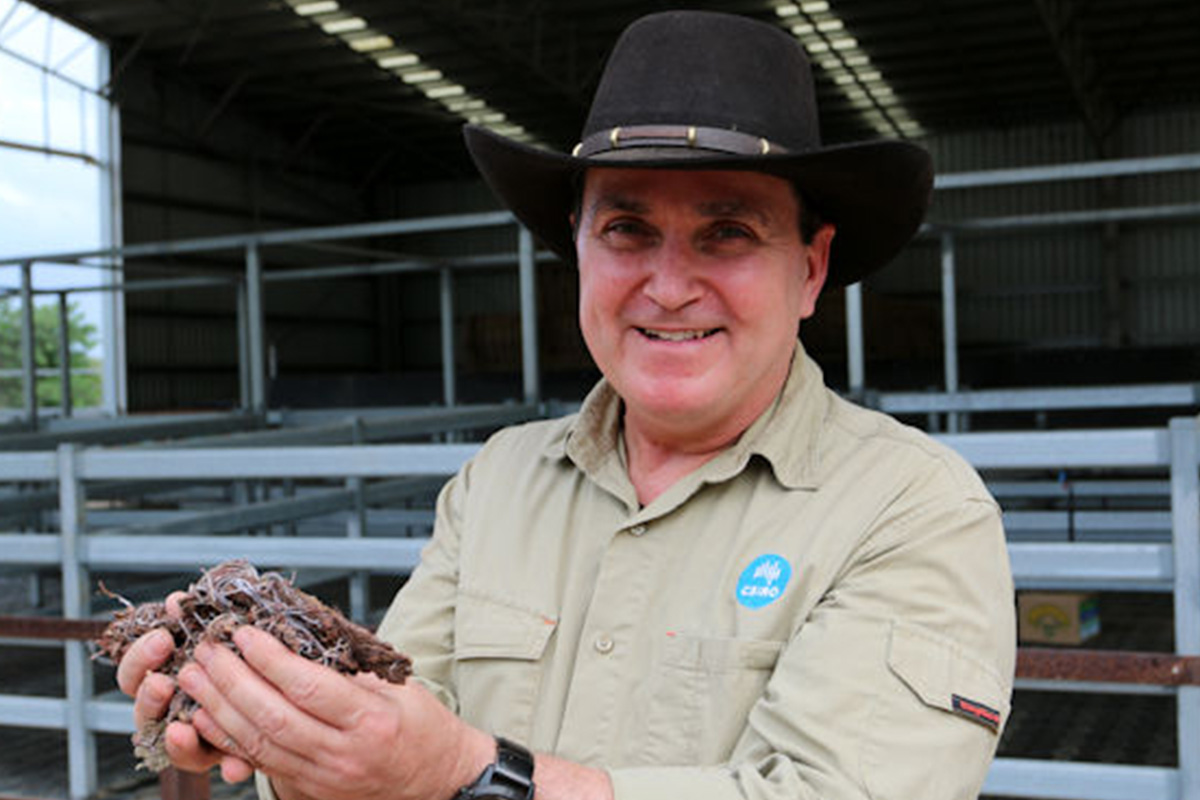 Since Kinley’s discovery at CSIRO, the scientific consensus on the incredible methane reduction effect of A. taxiformis on livestock has been building. Subsequent research at Penn State and University of California, Davis feeding A. taxiformis to real cows confirmed the initial findings. Kinley’s latest research, published in May 2020, added A. taxiformis to cattle feed at just a 0.2% inclusion rate and found that the cattle produced 98% less methane than the study’s control group. It sounds too good to be true, but it’s not. At Symbrosia, we believe that A. taxiformis is the sustainable feed material of the future for the world’s millions of farmers and billions of farm animals, and folks are starting to catch on.

In the last couple of years, other methane-reducing feed additives have been developed. However, some, such as Bovaer®, are synthetic, and could never qualify as organic. Others create far less enteric methane reduction than A. taxiformis. A. taxiformis is all-natural, and therefore offers a uniquely promising opportunity for organic dairy. 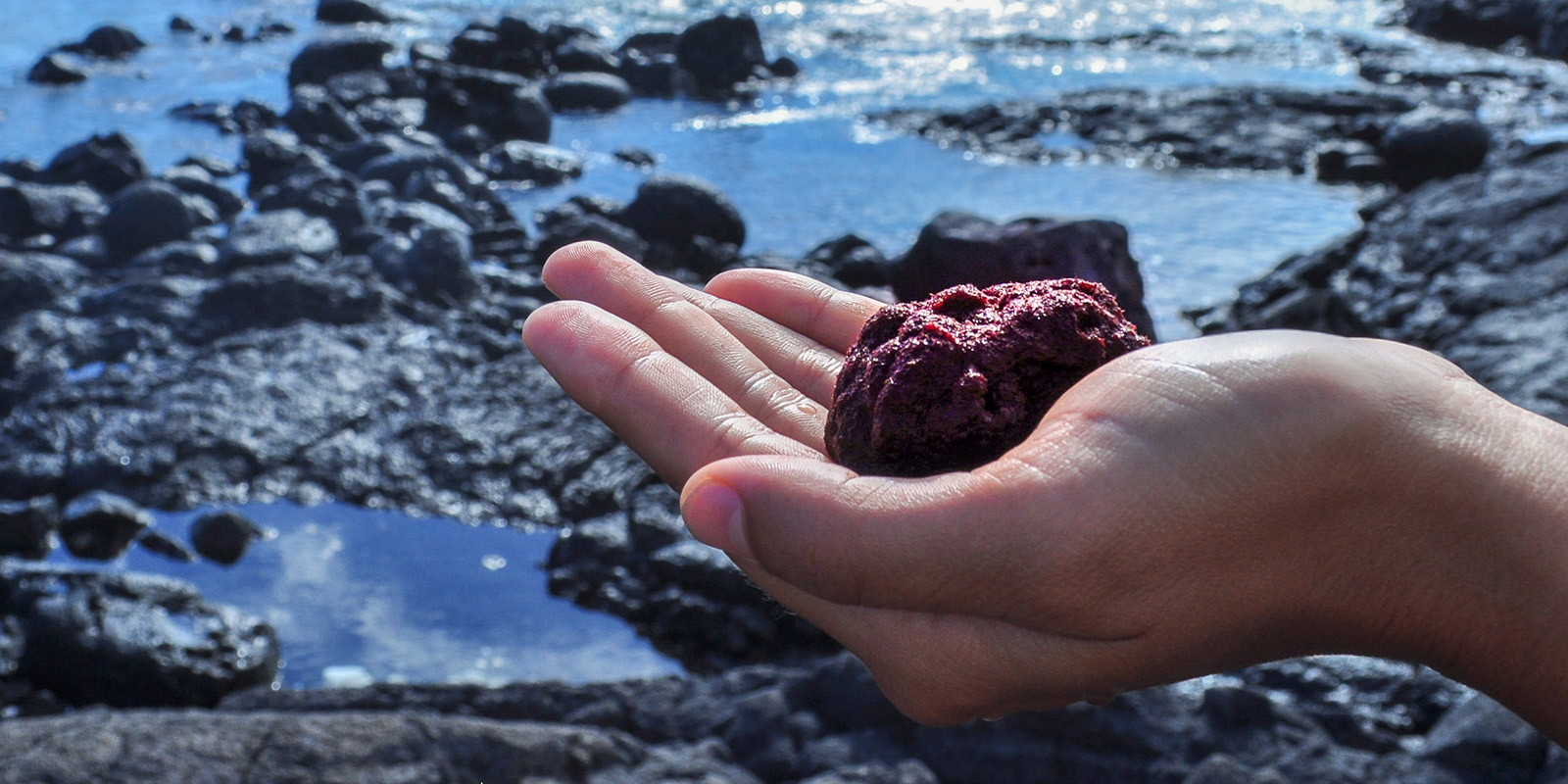 When you think of greenhouse gasses (GHGs), you probably think of “the big one,” Carbon Dioxide (CO2). CO2 gets a lot of attention, and rightly so. CO2 remains in the atmosphere for thousands of years, slowly cooking the planet. However, methane is also a potent GHG. Methane stays in the atmosphere for only a dozen years, but heats the planet intensely during that time.

By offering significant enteric methane reduction, A. taxiformis could unlock additional support for family farms through insetting programs designed to support the adoption of climate-smart practices. Organic Valley’s own pioneering carbon insetting program is exploring how to include Symbrosia and seaweed feed alternatives to give farmers a financially viable way to help reduce emissions even further. Feed additives in general, and A. taxiformis in particular, could be a new tool for farmers to use to further improve the environmental friendliness of their practices. 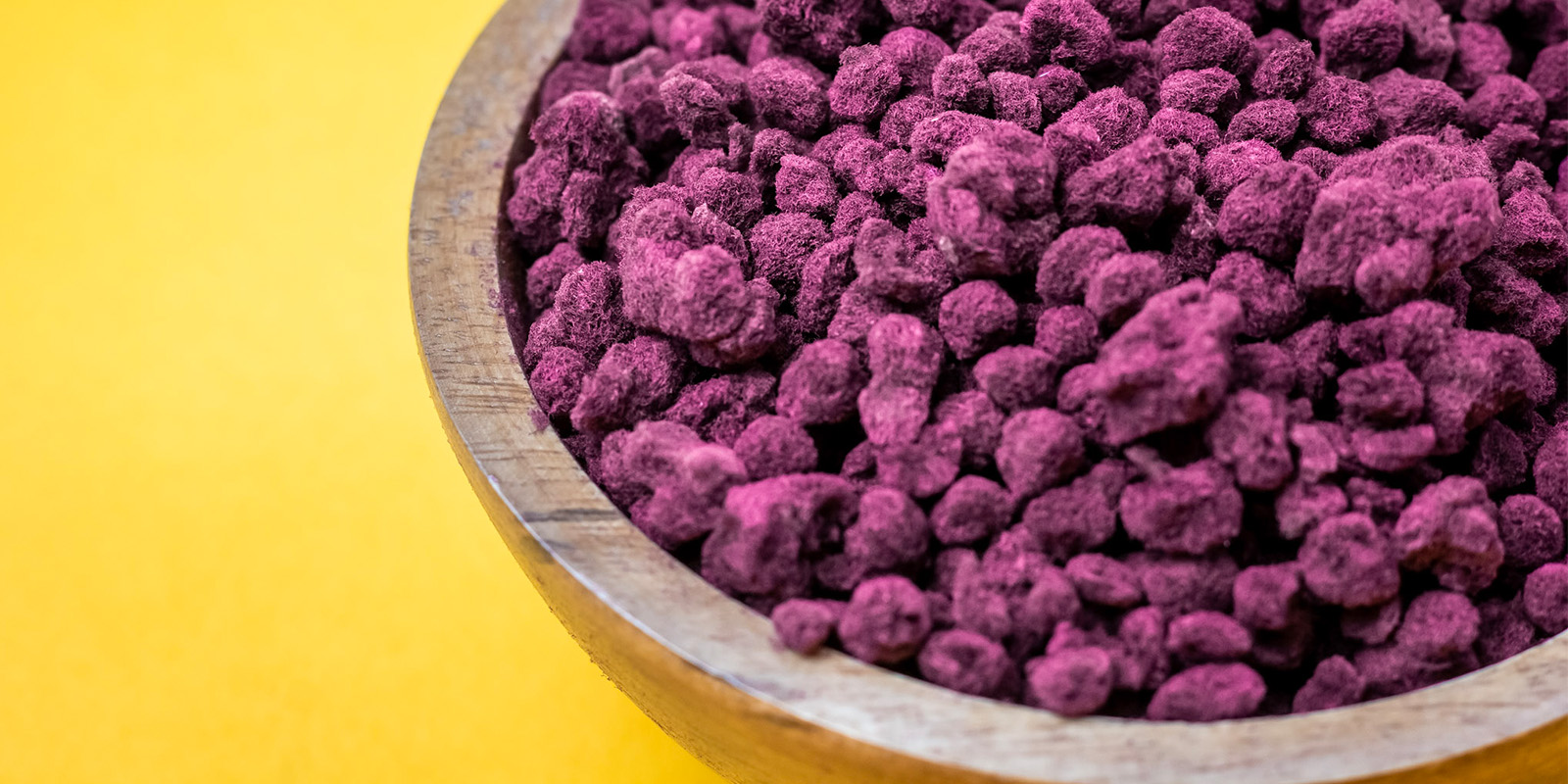 Players In the Game

Hawaii-based startup Symbrosia is using aquaculture to grow Asparagopsis taxiformis for its livestock feed supplement, SeaGraze™, hoping to minimize ecological impact while maximizing methane reduction. But it’s not just the cows who are eating this red seaweed in Hawaii. Known locally by its Hawaiian name limu kohu, meaning “supreme seaweed,” A. taxiformis has been consumed as a delicacy by native Hawaiians for centuries. It is something humans and animals have loved for hundreds of years.

Thorvin, a Virginia-based company, produces nutrition supplements, for both humans and animals, made from kelp, stating “(Kelp) is nature’s most complete source of bioavailable minerals, vitamins and beneficial phytonutrients.”

Acadian Seaplants, a Canadian seaweed and food-supply chain company has been providing plants, animals and people with sustainable sources of essential nutrients and organic compounds since 1981, long before the methane-reduction abilities of A. taxiformis had been proven. 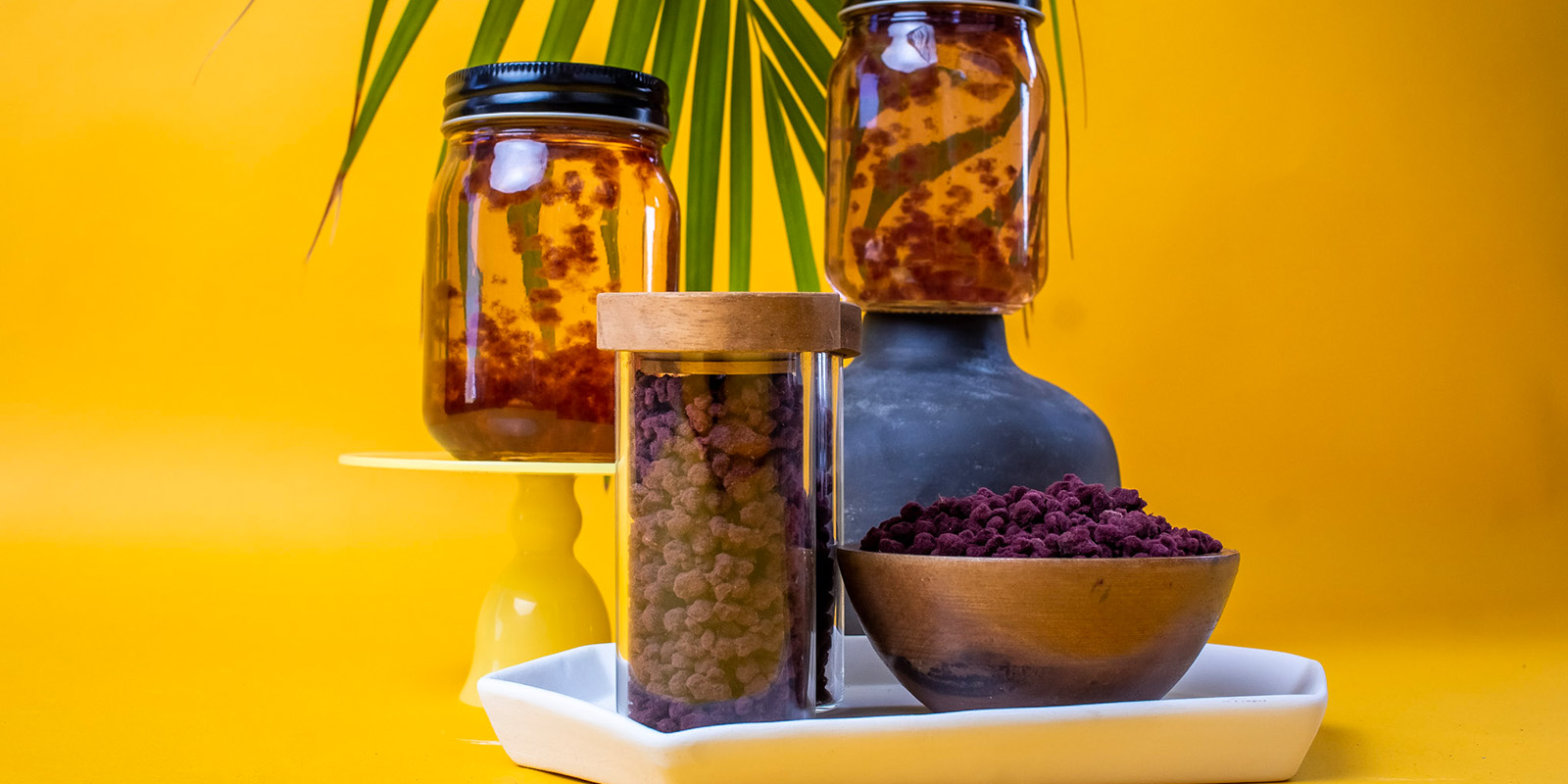 And what about Dorgan, the innovative farmer who started it all? He continues to push the frontiers of seaweed for livestock as the founder of North Atlantic Organics (NAO). NAO produces and distributes organic seaweed products that serve as mineral supplements to animals and plants.

The bright promise of seaweed is enormous. It diversifies diets, reduces methane and may even have the potential to increase animal health. We hope and believe the small organic family farms of Organic Valley will benefit from seaweed, and that the movement to raise cows in a way that improves animal and earth health will continue to grow. The development of this climate-smart farming practice will be something to keep an eye on! 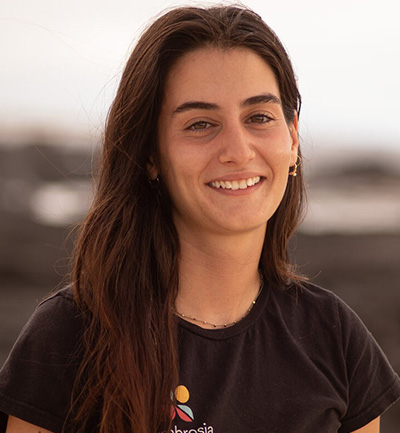 Alexia Akbay is Symbrosia’s CEO and founder, and a Forbes 30 Under 30 recipient. After receiving her master’s in Public Health from Yale University, Alexia founded Symbrosia in 2019 with the goal of fighting climate change using the world’s mightiest seaweed.