Our loyalties to certain things tend to be strong and unwavering. Ford versus Chevy. PC versus Mac. Coke versus Pepsi. Eagles versus Pats.

This controversy plays itself out across all our lives, and — you guessed it — also on our dairy farms. We’re talking about cows, people, and we’re here to tell you, cattle breed preference is practically a religion.

There are way too many types of cow to list here. Holstein, Jersey, Ayrshire, Brown Swiss, Guernsey, Friesian, Normande, Dutch Belted, and then there’s crossbreeding to really compound confusion.

But by far the most popular breeds on Organic Valley farms come down to Holstein versus Jersey. And you wouldn’t believe how farmers talk smack about each others’ cows!

But they also talk about them with great reverence, respect and, yes, deep affection.

A little about Jerseys and the farmers who love them

She’s a brown-eyed, honey-colored little cow, about 3 ¾ to 4 ½ feet tall at the withers. To those who swear by Jerseys, she’s adorable, hard-working and sweet. To others, she’s a bit of an imp and far too smart for her own good.

Jersey cows are excellent grazers, which definitely shows in their milk. Of all the dairy breeds, Jersey milk is the richest when it comes to butterfat (average 5%) and protein (3.8%), and our farmers get paid extra for that. Yet, even though the total volume of milk they give is less, the ratio of milk to body weight is the same as their much larger bovine cousins, Holsteins. About 25% of Organic Valley herds consist of Jersey cows, and they are a common choice on our 100% grass-fed Grassmilk® farms.

“You hear all these stories about Jerseys being kinda kicky and fractious. Ours are curious and inquisitive, sure, but they’re also really sweet and calm. We like that they’re a smaller cow. My wife, Melanie, is small, so it’s particularly nice for her to deal with manageable-sized cows. Our land is rocky and hilly, but those Jerseys get around comfortably anywhere. They’re good grazers, and they make the richest milk! Our last milk butterfat test was at 6.5%. When we fill up a half-gallon jar with their milk, 3 inches of cream rises to the top.” 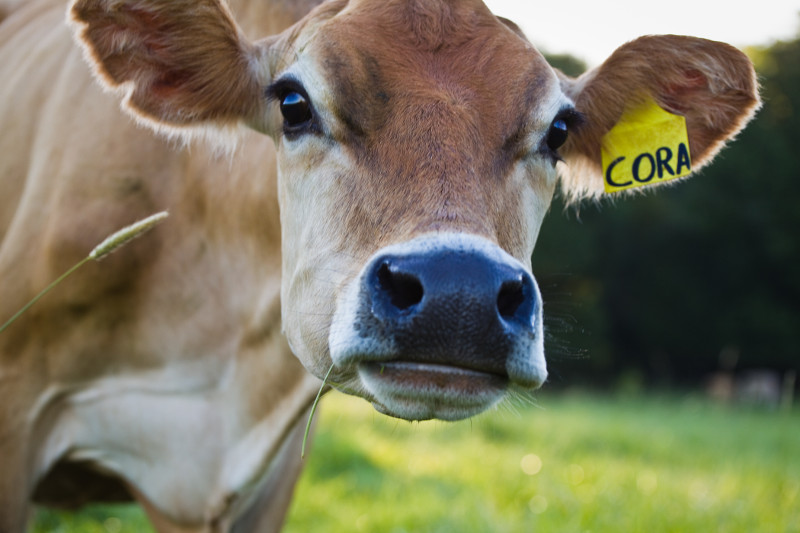 A little about Holsteins and the farmers who love them

These eye-popping bovines are so iconic to any American who hears the word “cow” (much less the word “milk”), we can’t believe Betsy Ross didn’t design one into the American flag.

She’s one of the bigger breeds in the cow kingdom, nearly 5 feet at the withers, and boy, she gives a lot of milk for her size—around 9 gallons a day! This is why she’s so popular with dairy farmers, but there’s also her personality to consider. She’s pretty chill, the way large-breed dogs tend to be more relaxed as opposed to, say, little fox terriers (think Jerseys!). About 50 percent of Organic Valley herds consist of Holstein cows.

Randall’s dad before him milked Holsteins with a touch of Milking Shorthorn mixed in. Randall does the same only with Jersey genetics crossed in. But, Randall says, it’s the sheer quantity of milk the Holsteins give that does it for him. “There’s this great joke about Holsteins versus Jerseys,” Randall says. “Two dairymen are arguing about the differences. The Jersey man tells the Holstein man, ‘Your milk is so weak and watery you can see a dime settin’ at the bottom of the pail.’ And the Holstein man retorts, ‘At least the Holsteins give enough milk to cover up the dime!’” (This is an exaggeration on both sides, of course, but you can see how dairy farmers like to poke fun!) 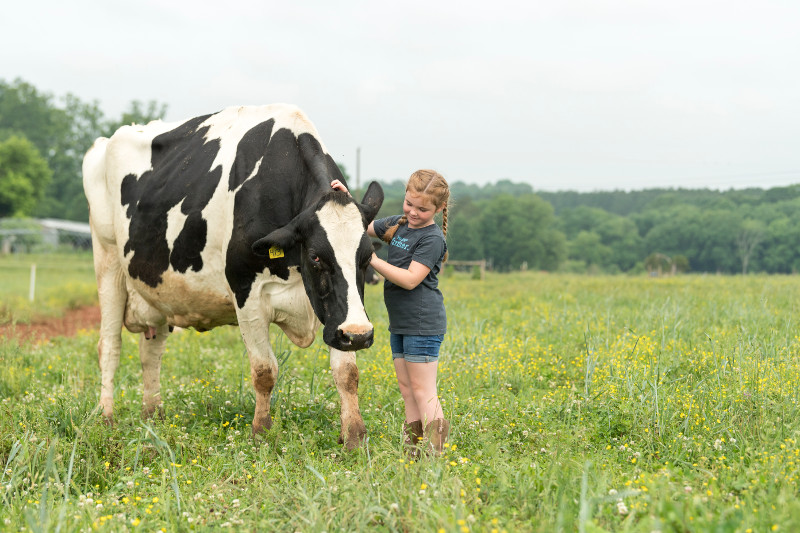 What about those crossbreeds?

Many Organic Valley farmers swear by what they call “rainbow herds.” This is when farmers crossbreed cows to select for advantageous traits in multiple breeds, like milk volume, butterfat, grazing tendencies, health, and more. The most prevalent crossbreeds are, no surprise, Holstein and Jersey (aka Jersteins or Hojos). If you want a cow that gives more milk with the additional benefits of higher protein and butterfat, you’d crossbreed Holsteins and Jerseys.

“We have what I like to call Jersteins, meaning we crossbreed Holstein and Jersey. They make 4 to 5% butterfat in their milk and are aggressive eaters, like Jerseys, but they give more milk, like a Holstein. They also have very good feet and legs, so they’re good grazers. We produce less milk, but it’s much higher quality milk, and we get paid properly for it.” 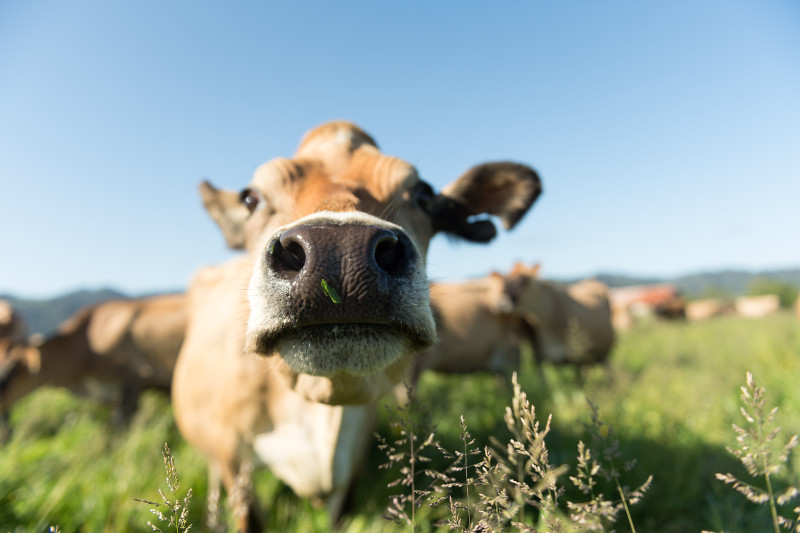 So many colorful cousins.

After making such a to-do about the popular kids, Holsteins and Jerseys, we really do have to give fair play to some other different types of cows and the qualities that draw our farmers to raise or crossbreed them into their herds:

- Ayrshire: Gentle and looks a lot like a brown and white Holstein, only smaller. Known for good foot health. Bred to tolerate weather in the Scottish Highlands, so she’s tough, not to mention a good grazer. Milk contains moderate butterfat and protein, sort of in between the Holstein-Jersey spectrum.

- Brown Swiss: Largest frame (weighs the most), calm disposition, heat and cold tolerant, long-lived. Generally a poky cow, so they are good for the slow pace of pasture life.

- Fleckvieh: Second largest cattle population in the world as they’re adaptable to a wide range of climates. Good maternal instinct and reduced instance of common health issues. “Dual-purpose” breed that’s good for both dairy and meat.

- Guernsey: Smallest population of animals worldwide. Hardy, friendly, and small-framed like a Jersey. Good grazers that give milk with high butterfat and protein, making their milk “golden-colored.” Originally bred by a group of monks on the Isle of Guernsey in the U.K. more than 1,000 years ago.

- Montbeliard: Red and white, similar to Holstein markings. Good hoof health so they’re good for walking long distances and around pastures. Milk has excellent cheesemaking value. Valued for both meat and milk production.

- Norwegian Red: Medium-sized cow originated in Norway. Majority are now polled (genetically do not have horns). Good disease resistance, with especially low instance of mastitis. Dual-purpose breed valued for both meat and dairy.