Do cows have best friends?

I came across this article in The Atlantic recently and it intrigued me. If modern large-scale farming is denying cows close social connections, then how might bovine friendships show up in the much smaller herds on Organic Valley farms?

Our average herd size is only 76 cows, and 85% of our nearly 1,900 farms have fewer than 100 cows. My high school graduating class was only around 150, and I can attest that it’s quite possible to know—if not know well—every individual in a group that small. Wouldn’t it make sense that cows would form cliques too?

Anyone who has raised multiple pets at a time knows how animals can bond, even across species, but you might be surprised to learn that science and agriculture—more concerned with analyzing the effects of aggression and stress on milk production—haven’t always considered the quieter side of bovine behavior. But that’s been changing.

The Atlantic article cited a study, saying, “...put to pasture, more than half of the animals spent time eating and resting alongside a specific individual. Separated from the larger group, cows that were paired with their favored friend maintained lower heart rates and did not stamp, toss their heads, pace, or sway as much as cows paired with individuals they’d shown no partiality toward. In short, they seemed less agitated.” 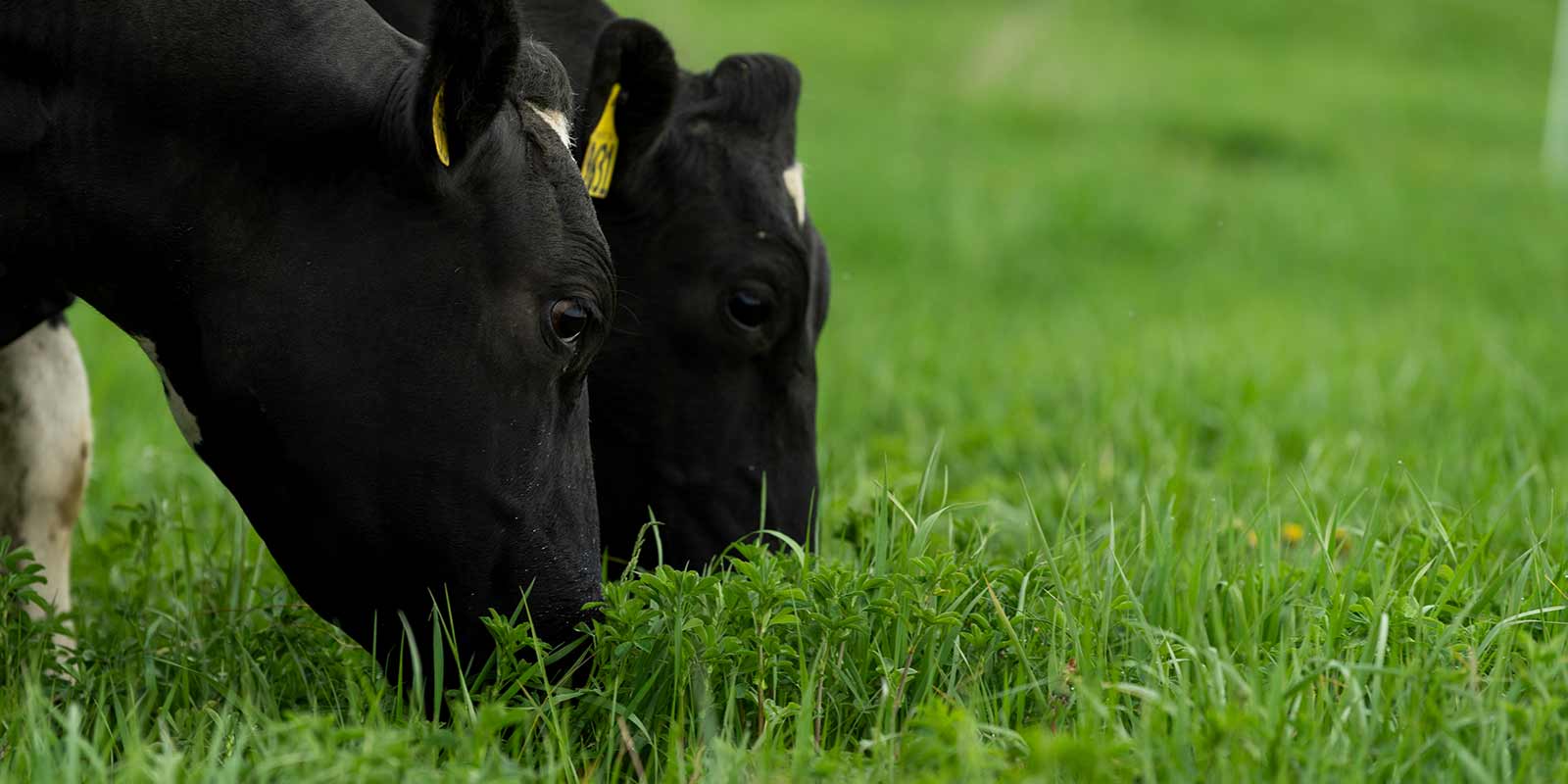 Two bovine buddies sharing a salad on the Tranel farm in Wisconsin.

Organic Valley’s staff veterinarian, Dr. Guy Jodarski, confirmed this. “Behavior wise, they’re much calmer. They clearly wait for their buddy and move toward them in the pasture. When calves are raised in groups (grouped by age), they buddy up and they’ll have those friendships for years, even after they have their own babies.”

“Almost from day one, certain calves will hang out together,” says Ashley Wurzel, an Organic Valley Grassmilk dairy farmer from Wisconsin. “As they grow—and in our system, they stay in the same group their whole lives—we might see 2 or 3 that stick together.” 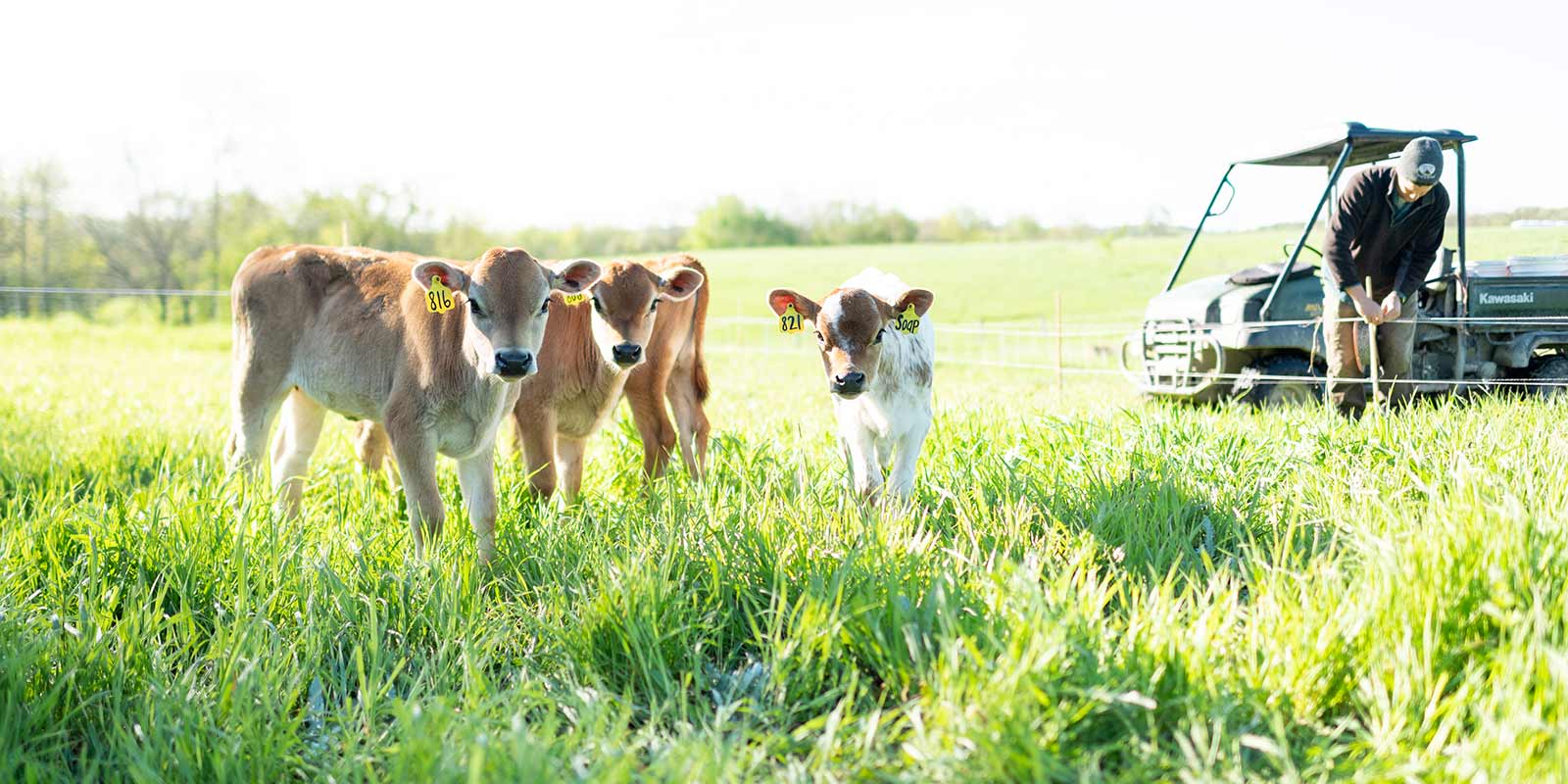 These calves were born around the same time on the Beard farm in Iowa. They might grow up to be best buds!

The Atlantic article said that cows tended to forget their friends after only a couple weeks apart, but Ashley had a different observation. “As they get older, they might get split up for a short amount of time for various reasons, and when they get into their original group again, we’ll see that they seek each other out, and they’ll act like ‘I missed you!’”

Ashley says she’s even seen it with mother cows and their daughters, since they’d be cared for in different groups until the daughter has her own calf and joins the milking herd. “They’ll find each other and act like they’ve never been apart.” 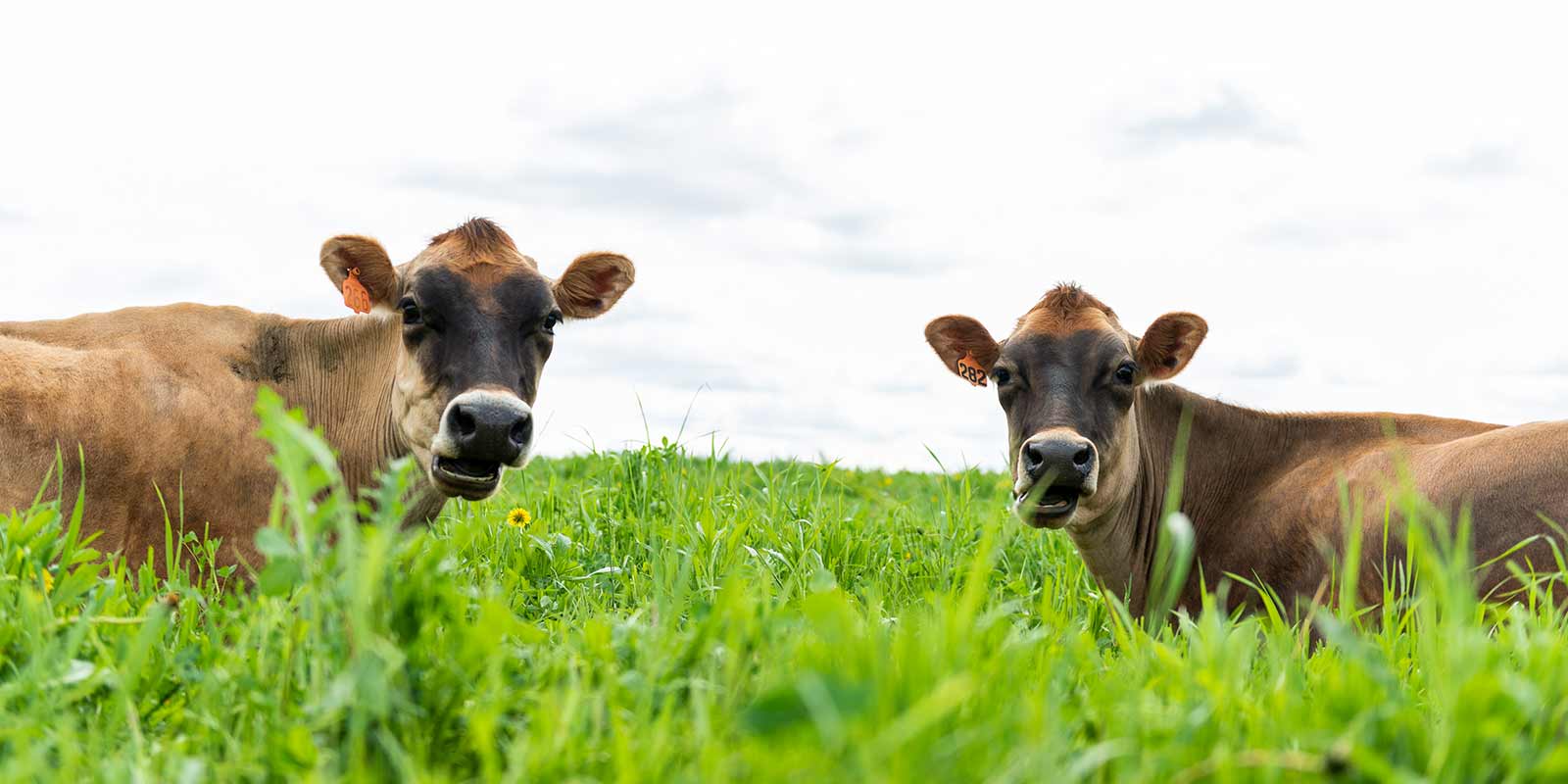 These two ladies share a little gossip time while chewing their cud on the Peake family farm, Iowa.

What does cow friendship look like? A lot like these photos, in fact. The cows will seek one another out when they’re let out to pasture, stand and graze next to each other. Licking is an especially important action for bonding, says Dr. Guy.

“When one moves, the other moves. When one lays down, so does the other one,” says Ashley. “You can just tell by how they’re acting that they recognize another one in the herd, and they want to be with them.” 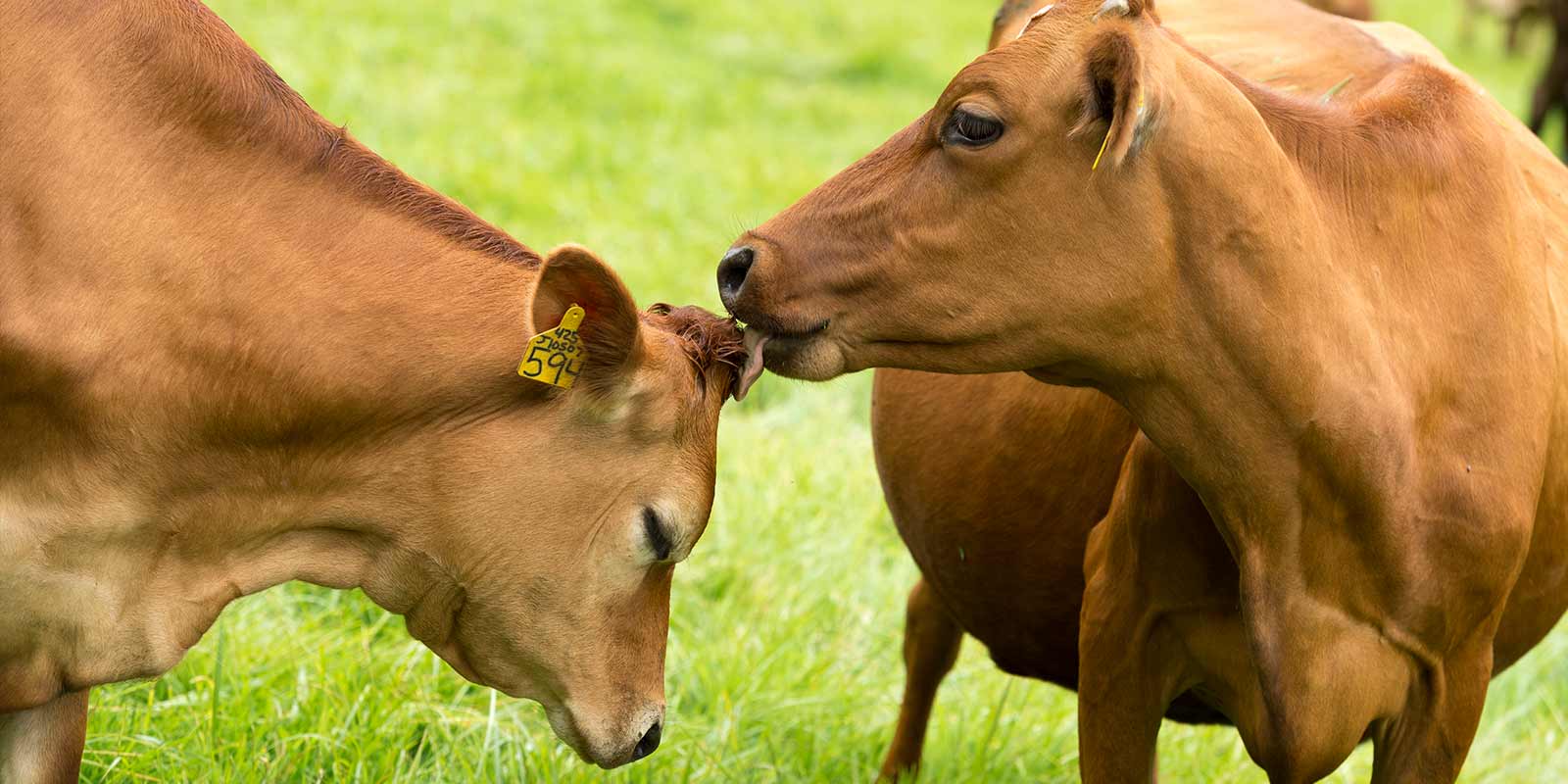 Licking is a way cows bond with one another. These two ladies are clearly close buddies. Johnston family farm, Oregon.

The Wurzels have a very small herd, less than 100 cows. But even among the hundreds of farms in our cooperative, their observations are more the norm than the exception. Organic Valley farms with larger herds (yet still considered small or mid-sized compared to the industry) will also see their cows licking and hanging out with the same cows regularly, or waiting for her buddy as she’s leaving the milkhouse.

The cows will also demonstrate some of these behaviors toward their human caretakers. “They get used to being around the same humans every day,” says Ashley, “When I’m milking, they’ll turn their heads to look at me and lick me, and when someone new comes in the barn, they don’t respond the same way.”

Although Ashley and other dairy farmers may not be “official” members of the herd, perhaps they’re considered bovine BFFs all the same.

Want to see more pictures of friendships on the farm?