The Egg Behind the Nog

As temperatures drop and the days shorten, many people start thinking about the holiday season as a point of light amid the cold and dark. Cozy traditions, special foods and seasonal beverages all contribute to an atmosphere that 1960s pop singer Andy Williams dubbed the "most wonderful time of the year." From juicy turkeys to pillowy mashed potatoes to Christmas puddings, there's a lot to look forward to. While some folks champion hot cocoa (with or without the peppermint schnapps) as their festive drink of choice, there's another creamy, eggy, nutty holiday beverage worth digging into: Eggnog.

Once Upon an Eggnog

The precise origin story of eggnog is tough to confirm, but many culinary historians point to medieval Britain as the birthplace of our modern 'nog. At that time, a hot, milky, ale-like beverage called a "posset" was popular, and by the 13th century, monks were reported to be drinking posset made with eggs and figs. (See where we're headed here?) The ingredients for these drinks—principally milk, eggs and sherry—were foods of the wealthy, and so they used this early version of eggnog in toasts to prosperity and good health.

When colonists brought the creamy brew to the New World, they discovered that while they had an abundance of eggs and milk on their farms, sherry was hard to find and expensive to import. Ever resourceful, our forefathers improvised, using rum from the Caribbean and adding spices like cinnamon, nutmeg and cloves. Citizens of the fledgling United States began to regard eggnog as a staple in holiday celebrations. 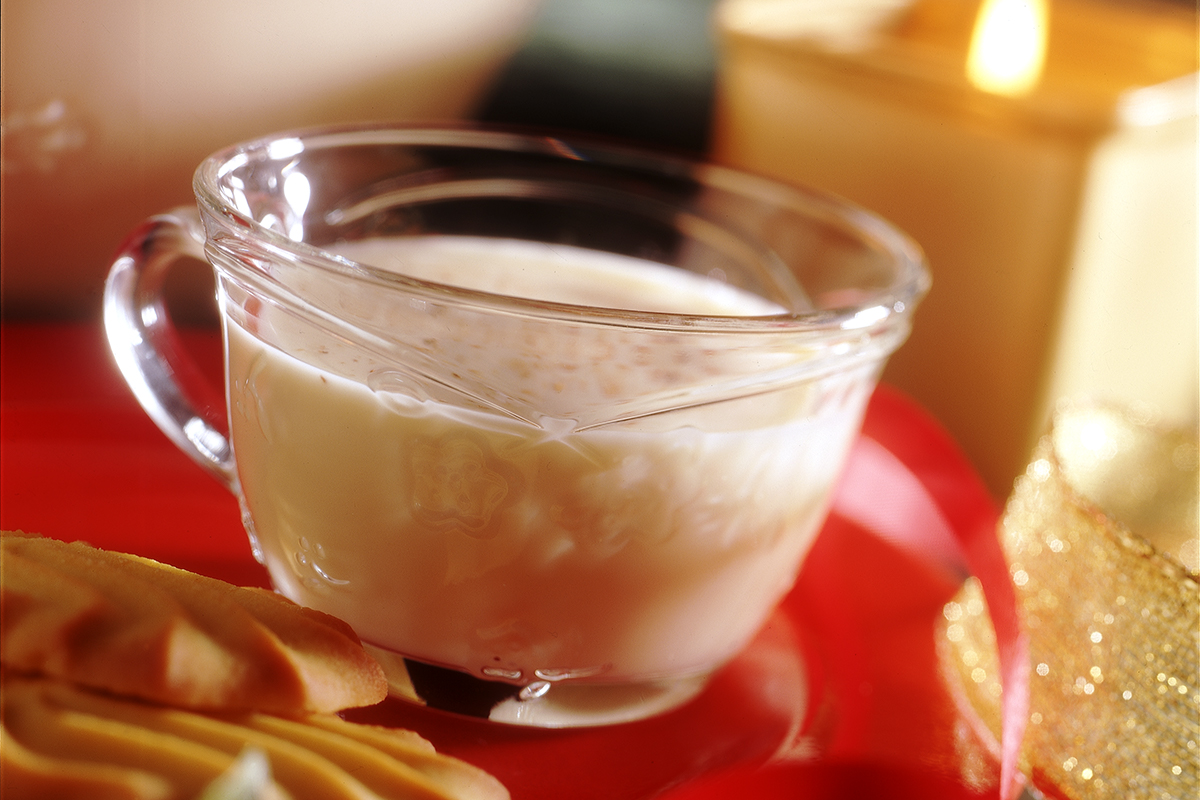 Eggnog of the Modern Era

Today, the popularity of eggnog is undeniable. In 2016, the Wall Street Journal reported on a potential eggnog shortage in the United States due to such high demand for the drink! But the eggnog that consumers jealously hoard today is different than the beverage of the same name that people enjoyed in the late 18th century.

According to reporting done by Geoff Williams for Forbes, nonalcoholic eggnog began showing up sparingly on shelves in the 1940s, “because by 1951, a New York Times writer helpfully noted, ‘...there are bottled eggnogs, some containing spirits, others, prepared by milk companies that are nonalcoholic.’" In some areas, you could even get nonalcoholic eggnog with your milk home delivery.

Still, it wasn't until the 1960s that cold, nonalcoholic eggnog became common in grocery stores during the holiday season.

Who Loves Eggnog the Most?

A contentious question in many circles, I've had friends swear up and down that they love eggnog more than anyone else. While every social circle probably contains at least one vocal eggnog enthusiast, there are also broader trends regarding the popularity of this deliciously thick and creamy drink.

Slate reports that the colder it is, the more eggnog people buy. As a result, eggnog sales are higher in colder climates, like the Midwest and Northeast, than in the still-toasty South.

Here at Organic Valley, we can corroborate these reports. Our eggnog seems to fly off shelves fastest in the Midwest, New England and other Northeast states, something we can only attribute to the allure of a rich, hearty treat when temperatures are below freezing.

"Ours is as close to a homemade recipe as it gets in a packaged product."

What Makes OUR Eggnog Special?

After all this talk about the history of eggnog, where it comes from and what's in it (or not in it), we'd be remiss to brush over our own take on the beloved holiday tradition.

Organic Valley began making eggnog in 2002 because it was such a natural fit for the products our farmers specialize in. Our recipe has evolved over the years, but today it includes eggs, milk, cream and nonfat dry milk powder (which provides additional nutrients as well as contributes to our eggnog's signature creamy body!).

"We use whole eggs, which is different from some other brands, and not only ensures that we're making the most of our farmers' high-quality eggs, but also gives our recipe a fantastic flavor and golden hue," says Emma Grinde, an eggnog lover and one of Organic Valley’s product developers. "Ours is as close to a homemade recipe as it gets in a packaged product."

Eggs of the Free to Forage™ Variety

The eggs that go into this near-scratch recipe aren’t just any organic eggs either. Using USDA Certified Organic as a foundation, we created our own hen care standards, called Free to Forage™, that provide clear and actionable direction for Organic Valley egg farmers and their birds. Our hens must have access to fresh air, sunshine and organic pasture, which means their outdoor space is free of toxic pesticides, herbicides and GMO plants.

Twenty-five years of experience raising chickens has taught us a thing or two about what hens want and need, and Free to Forage™ comes directly out of this knowledge. Delicious eggs from free-range chickens who are allowed to thrive in safety and good health? No wonder we’re able to make such incredible eggnog!

While the recipe for Organic Valley Eggnog is both traditional and irresistibly delicious (don't take our word for it, try it for yourself!), we owe its flavor and appeal, ultimately, to the top-notch ingredients used to make it.

Add to delicious eggs our high-quality milk and cream from healthy, happy cows, plus carefully sourced fair trade nutmeg, sugar and vanilla, and we're not afraid to declare that we bring a darn delicious A-game when it comes to the organic eggnog circuit.

Ready to mix a little more 'nog into your life? Beyond sipping on tall glasses of the stuff (which I highly recommend, rum or no), eggnog can add festive cheer to many recipes this season. Here are two of our favorites. Happy holidays! 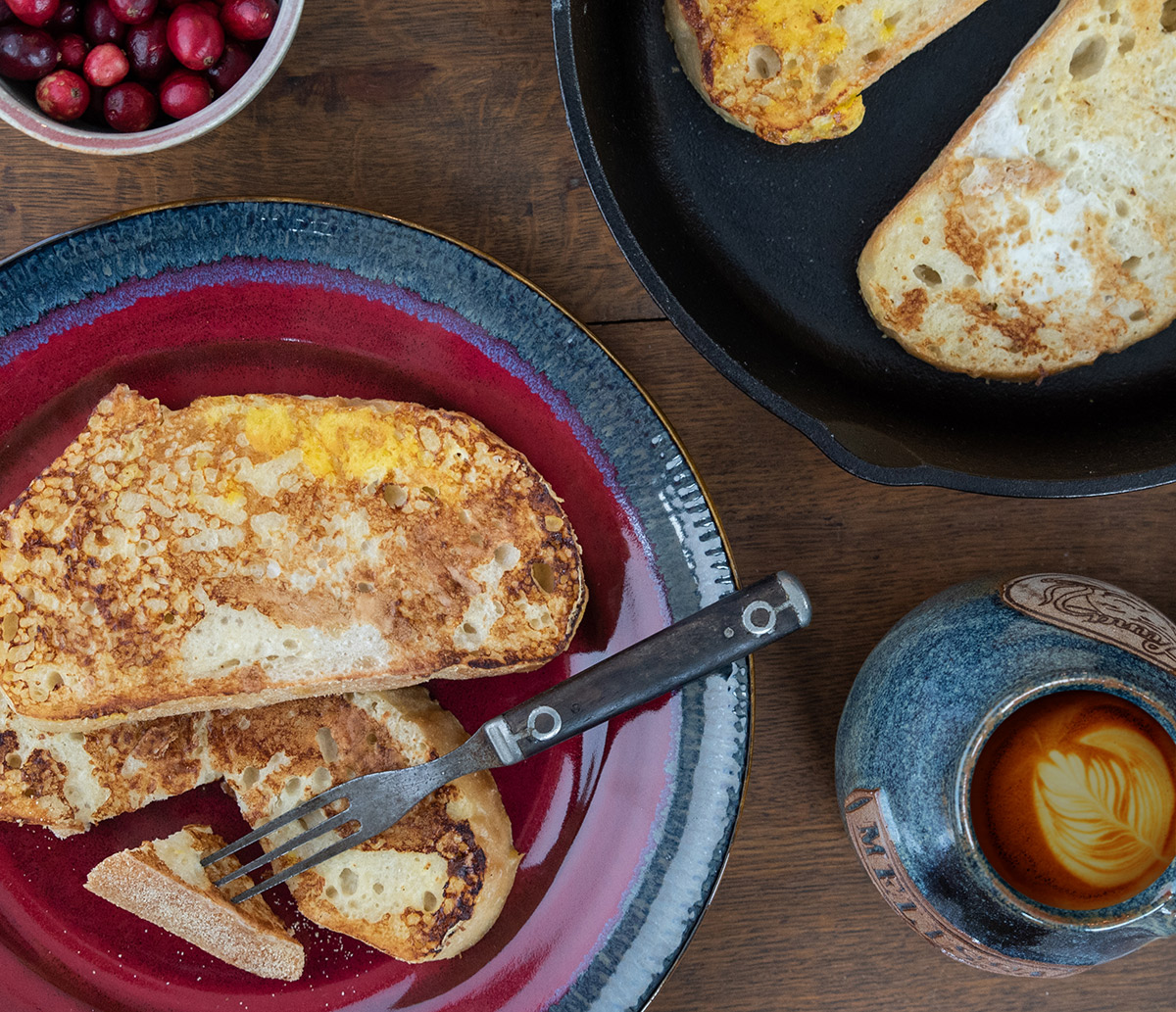 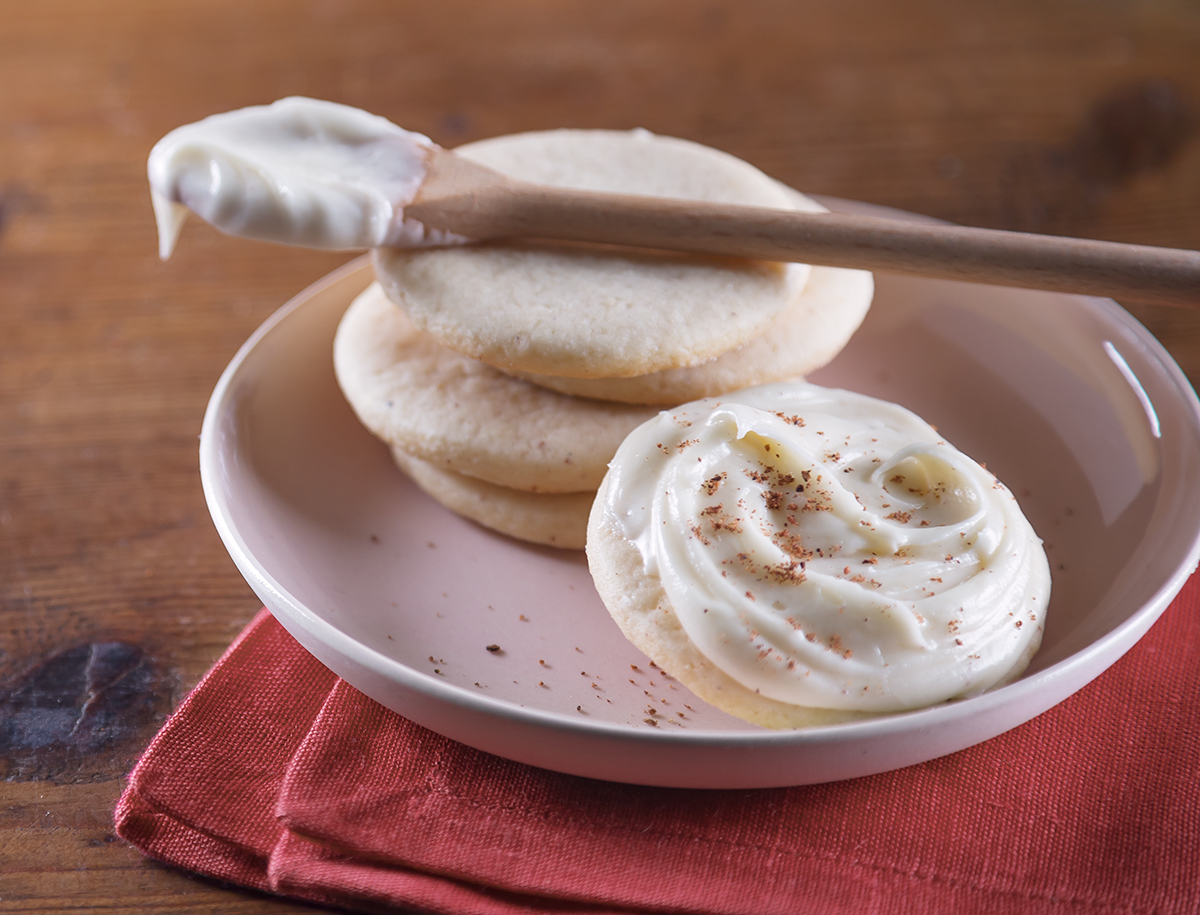