No Antibiotics in Organic! Period.

Organic Valley believes natural is better and that is why we took a stand on banning antibiotics years before there were national rules making the ban mandatory. It was a big decision—one consumers wanted and that Organic Valley farmers realized was right.

There was no national organic standard at the time, so Organic Valley created its own standards. In 1994, when members of an Organic Valley committee started moving on a policy prohibiting the use of antibiotics, not everyone was on board.

Some farmers thought it was too big of a risk to manage dairy without antibiotics, said Jim Wedeberg, director of international cooperative development and one of Organic Valley’s founding farmers.

Wedeberg knew farming antibiotic-free could be done. He rarely needed to give his cows antibiotics unless there was no option and an animal’s quality of life was in jeopardy. The ban was prompted by consumers, Wedeberg said. People were calling the co-op office with their concerns about antibiotic use in livestock. They did not want antibiotics in their food system. Period. 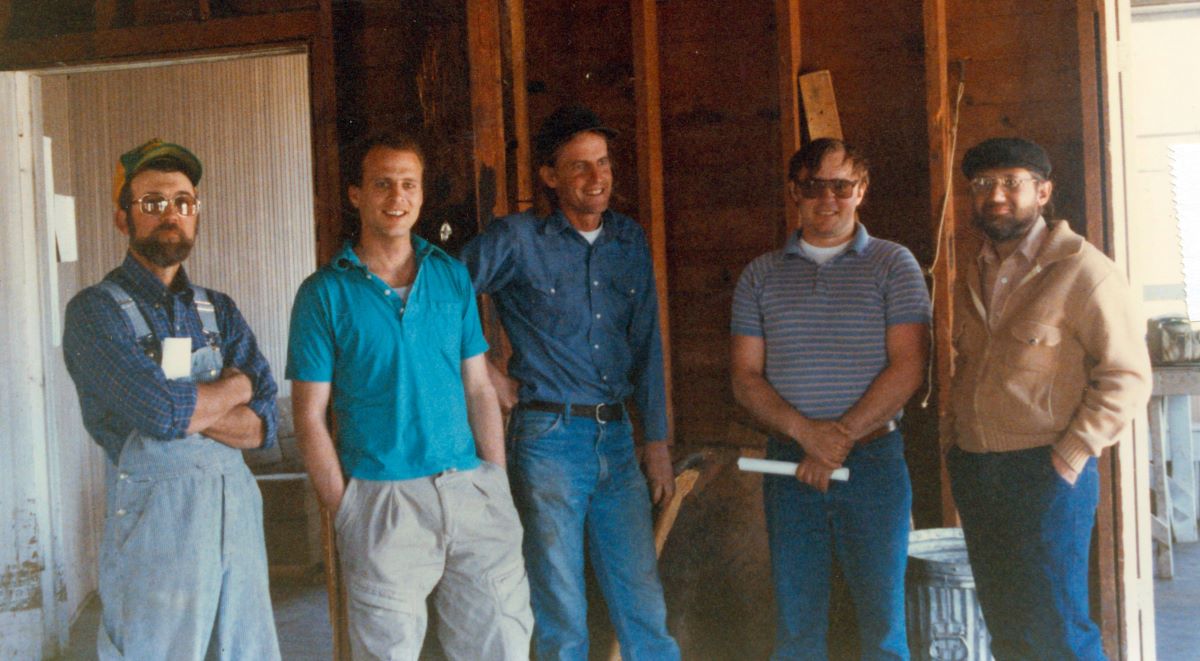 Jack Pfitsch was the first co-op board president, back in the days when meetings were sometimes held in barns, and hay bales served as chairs.

“I was there at a moment in history that was so important and so significant to the history of the planet,” Pfitsch said about the co-op’s decision to prohibit antibiotic use except in critical situations. “We should give these farmers credit for making the courageous decision at a time when people were not seeing the value of holding the line and not using antibiotics. The group of farmers didn’t have support from experts and veterinarians. They had their own experience and that was it.”

" I was there at a moment in history that was so important and so significant to the history of the planet."

Antibiotics were developed to fight infections by killing bacteria or making it difficult for bacteria to grow and multiply, according to the Centers for Disease Control and Prevention. Frequent antibiotic use creates risks for animals and humans, the most serious being antibiotic resistance, which renders antibiotics powerless against infection. The bacteria essentially becomes stronger than the medicine. World Health Organization data reveals a number of infections are increasingly resistant to available medicines.

Organic Valley banned antibiotics before doing so was mandatory and George Siemon, Organic Valley founder and former CEO, was also instrumental in drafting national organic standards. Antibiotic use in organic livestock has been banned since Dec. 21, 2000, with the adoption of the final rule that established the National Organic Program. 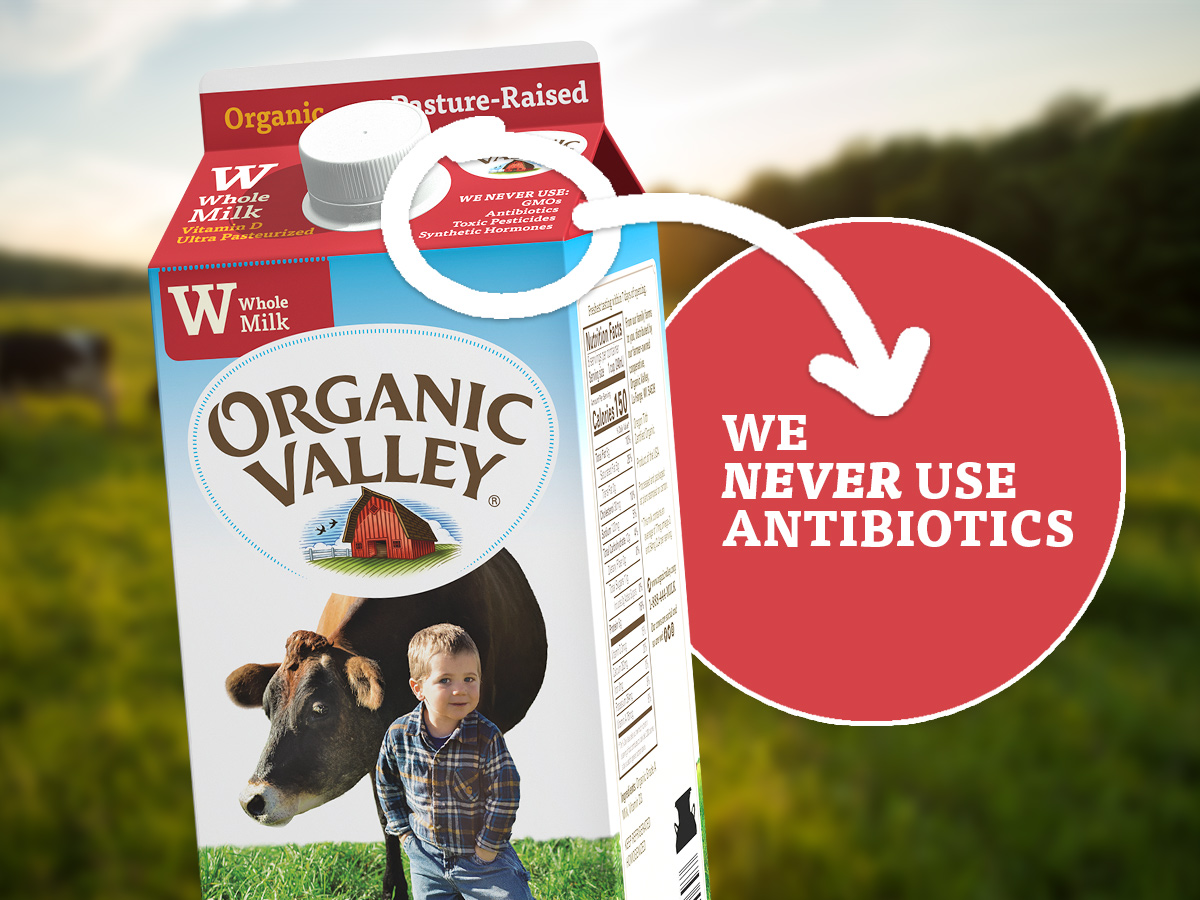 What if Organic Treatments Don’t Work?

Organic Valley farmers raise their animals without hormones or antibiotics, and nothing the animals eat has ever been sprayed with harsh pesticides but cows sometimes get ill. Organic farmers are absolutely not allowed and would never want an animal to suffer.

Organic Valley farmers place a strong focus on preventing illness first, but if an animal does become sick, they make every effort to use natural methods to keep their organic animals antibiotic-free. If organic-approved methods don’t work, farmers will use antibiotics if they are the correct treatment for the problem. If antibiotics are used, then the animal is no longer organic. The farmer must report it to their certifier, and its products must be segregated from the organic supply. The farmer might keep the animal with their organic herd but track it and milk it separately, move the animal to a non-organic herd on their farm, or sell it to a non-organic farm.

Farms that are not certified organic cannot use antibiotics to make cattle grow faster but they are still allowed to give antibiotics to treat or prevent diseases. The Food and Drug Administration released a report in December 2020 that shows a small decline in antibiotic use on farms, but there is still work to be done to address the overuse of antibiotics. 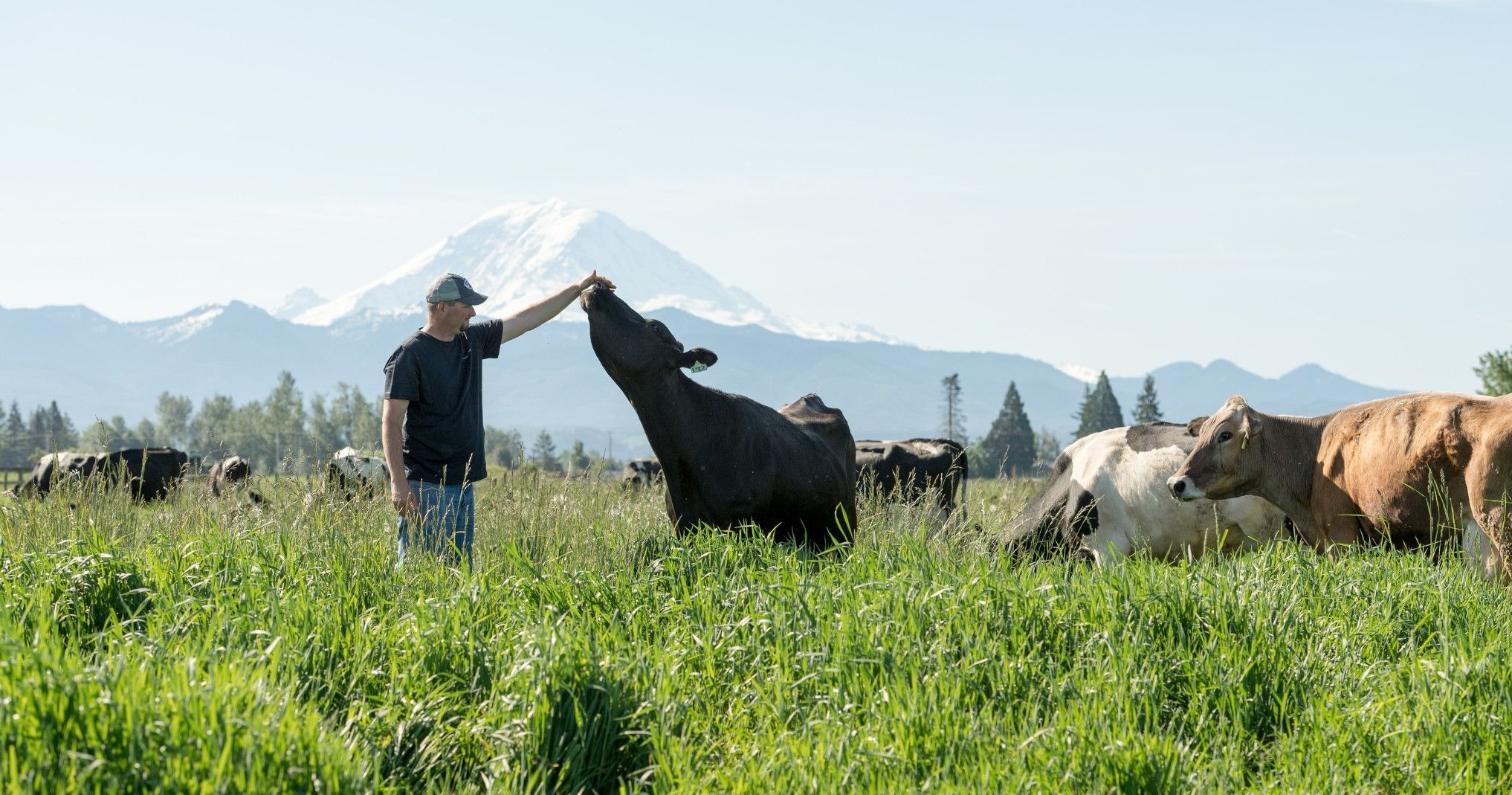 Brian DeGroot spends time with cattle on his family farm in Washington.

Consumers continue to demand reduced or no antibiotic use in their food. They want to know the food they are consuming is safe and their voices have been consistent enough that the marketplace is beginning to listen. In the past few years, companies not typically associated with organic practices have started taking action, with some fast-food chains vowing to cut antibiotics from their beef and chicken supplies.

Today, there is a National Residue Program administered through the U.S. Department of Agriculture, the Food and Drug Administration, and the Environmental Protection Agency that works to prevent antibiotic residues in food.

Organic Valley took a stance and differentiated itself by disallowing antibiotics in the ’90s. Then as well as now, the decision to make a change was led by our farmers. Organic Valley farmers want the best for their animals and planet and they also believe in producing nutritious, high-quality organic products for you and your family.

Things like added hormones, antibiotics, and harsh pesticides have no place on our farms, and they never will. Period.