What Reindeer and Cows Have in Common

Cows are always on our minds at Organic Valley but this time of year we can’t help but think of reindeer, too.

An Organic Valley farmer in Vermont has a reindeer named Rudolph, which led us to a curious question: Besides names, what do cows and reindeer have in common—or not have in common?

For example, why do reindeer have the ability to fly 41 million miles while chauffeuring Santa to everyone’s homes in one evening and cows stick to jumping over the moon, which is less than 250,000 miles from Earth?

We thought it best to clear some things up about these two species. To start, the definition of a cow is the mature female of various animals. There are reindeer cows and bovine cows. To make this less confusing we will use “cow” when mentioning cattle and “reindeer” when mentioning, you got it, reindeer. 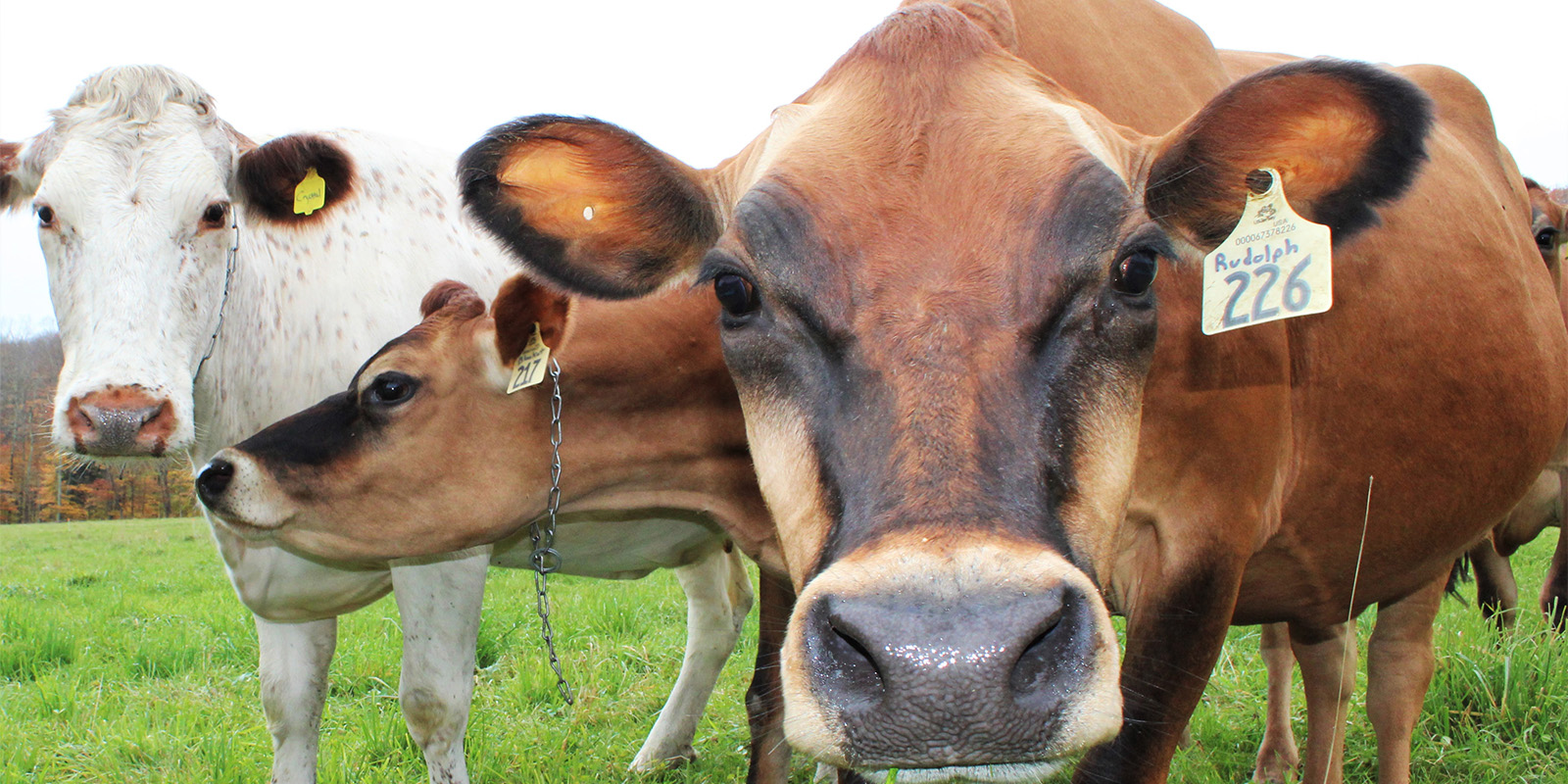 Don’t mistake Rudolph at the Roberge farm in Vermont for Santa’s guide.

Reindeer milk is rich and contains 22% butterfat, compared to about 4% butterfat in cows’ milk.

As with cows’ milk, people in some regions drink fresh reindeer milk and consume it in tea and coffee. Reindeer milk is also dried and processed into cheese, butter, and sour cream, as well as used in medications, according to ScienceDirect.

How Cows and Reindeer are Built

Just like with humans, weight and height vary vastly depending on gender and a number of factors. The average weight of a cow is 1,400 pounds, said University of Minnesota animal science professor Tony Seykora.

Cows and reindeer can be about the same height, but again gender and other factors come into play. Reindeer can grow up to 4 feet tall and the average cow height is 4 to 5 feet.

Reindeer would definitely beat a cow in a race. Reindeer can run nearly 50 mph! Cows run about 20 mph. 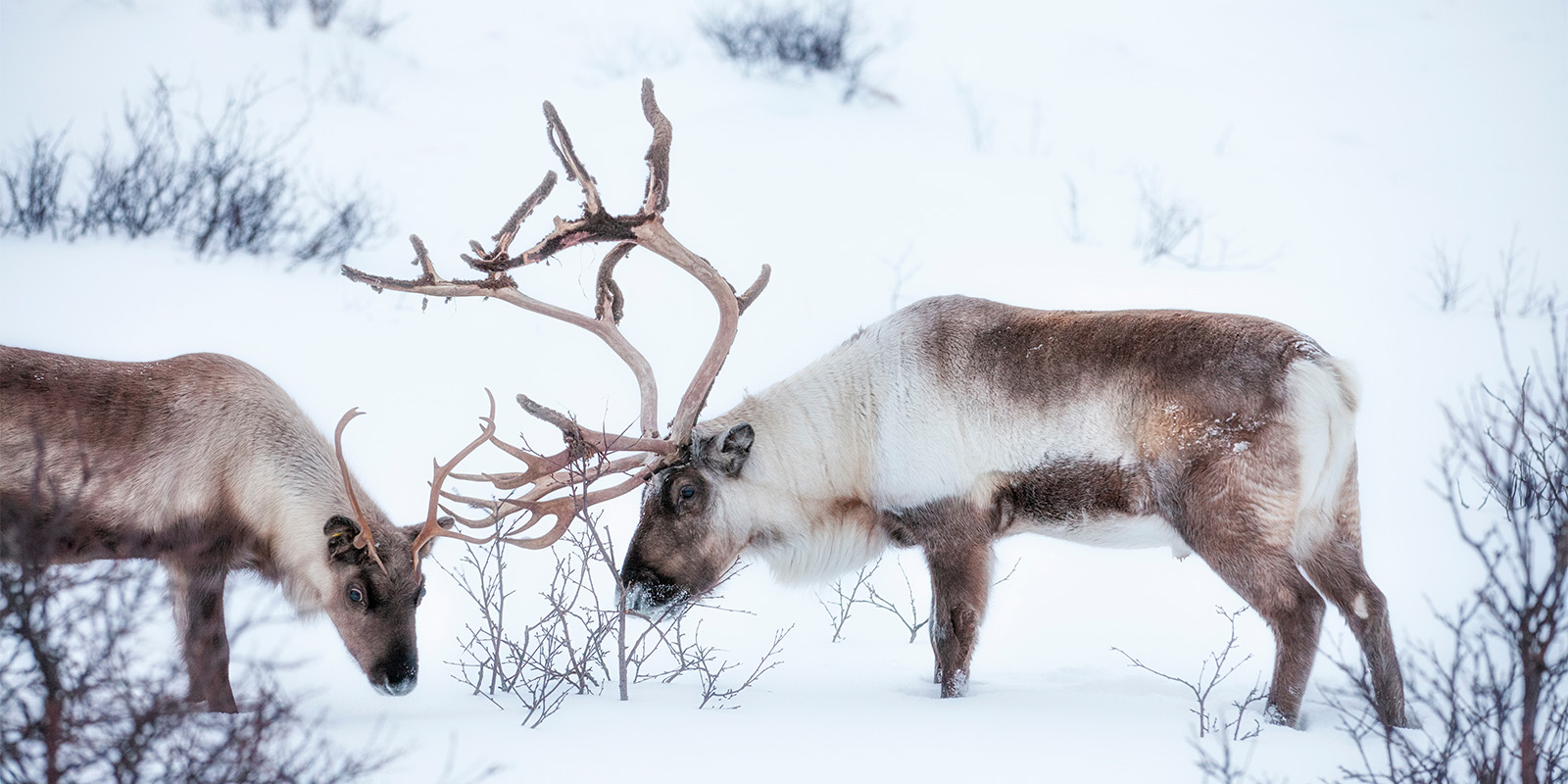 Reindeer look for food under snow cover in Norway.

Reindeer and cows are both ruminant animals, or four-legged hoofed mammals that graze. Because they are both ruminants, cows and reindeer are genetic cousins, but as members of the Cervidae family reindeers’ closest relations are deer, Forbes reports.

Both herbivores, reindeer and cows have four stomach compartments and regurgitate food from the first stomach back to their mouths so they can chew their cud (rechew and swallow the partially digested food).

What Do Cows Eat? What Do Reindeer Eat?

Though they are both grazers, they are not always looking for the same things. Cows love being on pasture. Here they chomp on a variety of grasses. They will lick dirt if they have a craving for minerals like salt.

Reindeer enjoy grasses but also ferns and shrub leaves. In the winter they can be found scraping through snow for lichen, otherwise known as reindeer lichen.

Reindeer evolved in Europe 5 million to 6 million years ago and crossed into North America about 250,000 years ago, according to Wildlife Online. 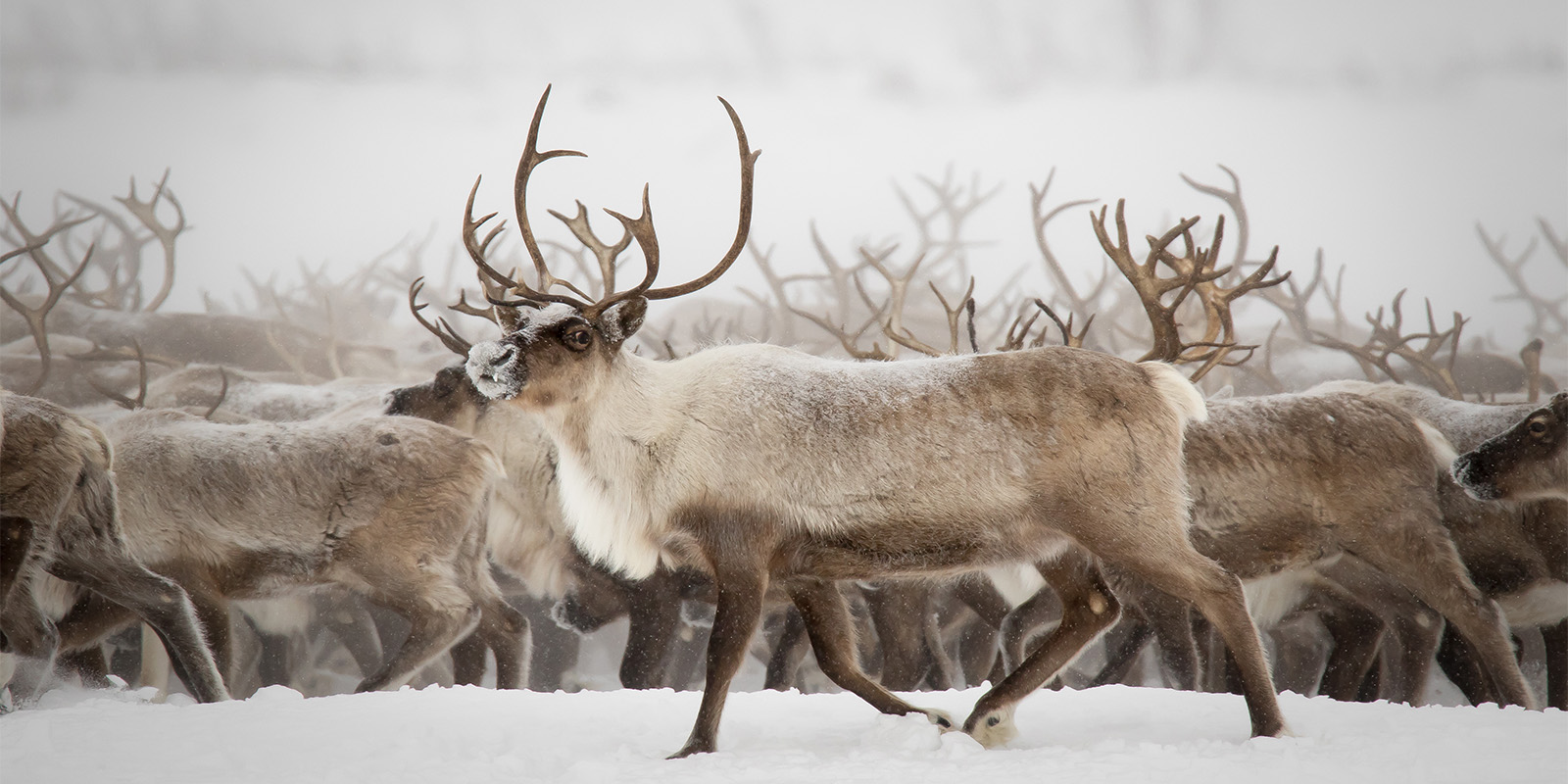 Bring on the Cold!

It’s pretty obvious that reindeer don’t mind the cold. Reindeer can be found in the coldest places on Earth. They did survive the Ice Age, you know!

“They like it when it’s really cold. The colder the better,” said Simon. His reindeer graze on cool nights but if it’s hot they won’t go out, he said.

This is something else they have in common with bovines. Cows don't mind the cold either and actually prefer it on the cooler side. The ideal temperature range for dairy cattle is 25 to 65 F, according to the University of Missouri Extension.

Fermenting food in their belly makes a lot of heat. Cows also have heavy thick skin and hair that are natural insulators. Unlike reindeer, cows are not fond of extreme cold. 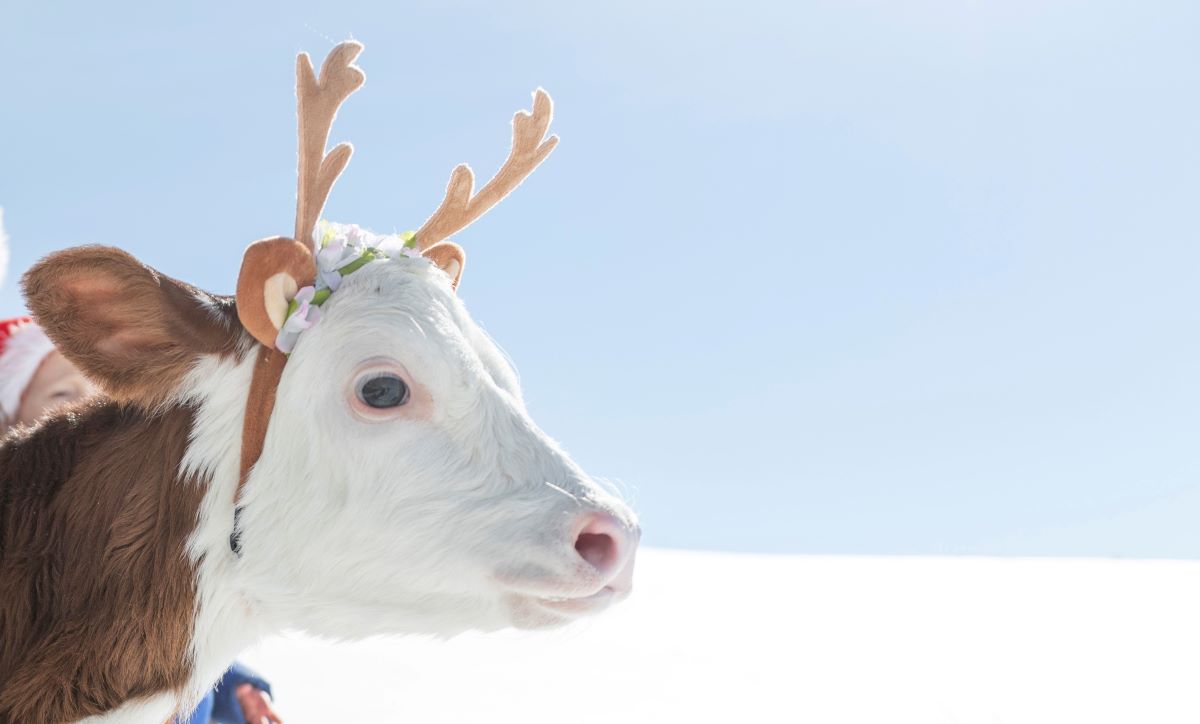 A calf on the Koenig family organic farm in Wisconsin dreams of being a reindeer.

Seykora said wind and moisture will impact cow comfort but generally 30 degrees below zero is dangerously cold for cows.

Reindeer also have bellies full of fermenting food and a thick coat of fur that helps keep them warm in the winter. Reindeer fur has an oily outer layer to repel water and a wooly inner layer that traps air and helps insulate its body, according to the World Animal Foundation.

Do Cows or Reindeer Fly?

Cows and reindeer can swim, but what about this flying thing? Professor Seykora is adamant cows cannot fly.

“Are reindeer real and do reindeer fly?” are the most common questions Simon gets. Surely reindeer are real, he said. Can they fly?

“The thing about having reindeer is, you can lie like crazy for the kids and it’s all legal,” he said.

We’ll leave it at that.

Eyes to the sky. Happy holidays